Review: ‘Raise Hell: The Life and Times of Molly Ivins’ lets whirlwind journalist speak for herself 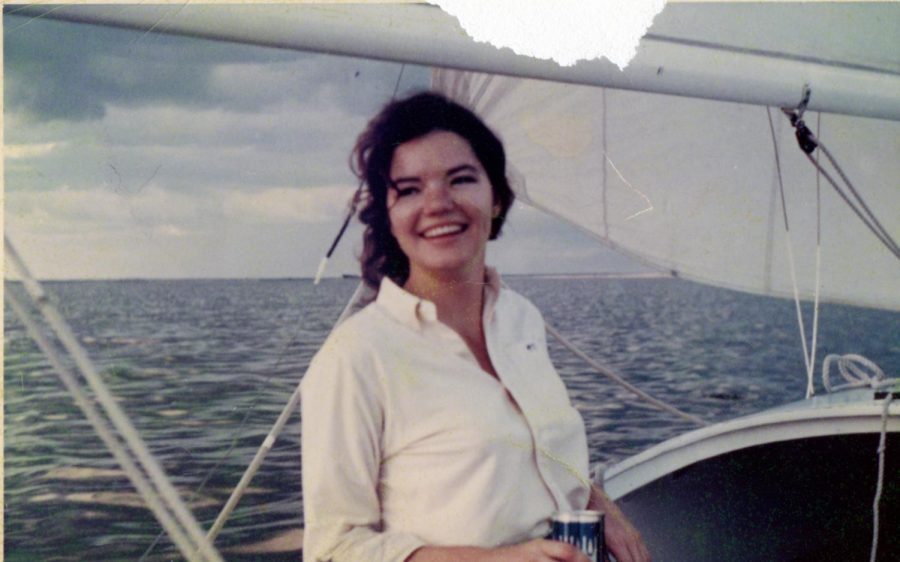 Molly Ivins in “Raise Hell: The Life and Times of Molly Ivins,” a Magnolia Pictures release.

In times of political turmoil, it can be nice to have a sharp voice to cut through the noise — someone funny, smart, principled. As Janice Engel’s 2019 documentary “Raise Hell: The Life and Times of Molly Ivins” makes clear, Molly Ivins was such a person.

The film is now streaming on Hulu and available on-demand through Nov. 29 via Harris Theater @ Home, part of the Pittsburgh Cultural Trust. Its subject, Ivins, was a political journalist renowned and occasionally reviled for her fine wit and her willingness to turn it on anyone she felt deserved it, beginning with the Texas state legislature and eventually rising all the way up to the top.

Ivins’ favorite “target,” in her own words, during the last years of her life was President George W. Bush. She was a fierce defender of civil rights and wrote consistently and angrily to that effect.

“Raise Hell” attempts to capture the essence of Ivins on film, telling her story from her Texas childhood to her 2007 death. Engel follows Ivins as she develops a liberal political identity, which makes her an outsider in her conservative stronghold home state, and begins to weaponize her politics on the page.

Engel doesn’t play around with the standard format of a biographical documentary much, but her subject is plenty cool enough to hold together a movie on her own. “Raise Hell” weaves between talking head interviews with people who knew Ivins and archival footage of the woman herself, giving speeches and interviews, cracking jokes and telling stories. She’s a delight, and she turns the film from something standard into something special.

Having Ivins be such a strong presence in her story is a good decision. Talking heads, including prominent political journalists such as Rachel Maddow and Dan Rather, ladle praise onto her very being, and the audience sees that she lives up to expectations. Ivins’ Texan accent is calming, her intelligence is plain and her jokes strike the ear just right. It’s entirely believable that all manner of people found her incredible to watch.

“Raise Hell” is worth watching just for Ivins, both the way she tells her tales and the stories themselves. Breaking through as a political reporter while being a woman in the 1960s and ’70s was hard, and with her firebrand status, she attracted a great deal of ire. She tells of everywhere she’s been, like The New York Times, where she tried –– unsuccessfully –– to sneak the phrase “gang-pluck” through while reporting on working conditions on chicken farms.

Telling much of Ivins’ life in her own words takes a lot of pressure off of the documentary in a freeing way. It feels breezy and sure of itself, because Ivins is. That feeling is infectious, and it helps “Raise Hell” fight through the mire that can seriously weigh down historical documentaries of talking heads on talking heads. Ivins’ presence lends a bounce to the proceedings –– a real drive, rendering a movie that could be a complete charisma vacuum an unlikely joy to watch.

The documenting hand is tonally steady, too. Ivins had, it must be said, a tough go of things. She struggled with alcoholism nearly her entire adult life and lived for seven years through three bouts of the breast cancer that would eventually kill her. Engel balances this material –– which, again, Ivins discussed extensively with remarkable self-deprecation and honesty –– comfortably with the periods of uproarious Texan mirth, never inducing whiplash or eyerolls. It’s a tricky line to walk, but “Raise Hell” maintains its course without falter.

In its final minutes, “Raise Hell” cuts to footage from rallies for President Donald Trump as Ivins, ahead of her time, rails against the Iraq War. It’s a eulogy for a sort of mainstream political reporter who wasn’t beholden to an obsession with pageantry and “decency.” Sure, Ivins was too cool to really shine with The Times, even back then, but she was still there, and she was still firm. It’s not that no one writing or reporting is willing to take a firm stance on issues like the Iraq War, but Ivins represents an appealing honesty in the media, from the mouth of a real person.

It’s not difficult to imagine Ivins being a controversial presence on Twitter, but it’s also not difficult to imagine her as a true torch-bearer for progressivism. She knew that no matter what “side” you might claim to play for, you need to be on the side of what you believe is right. She refused to vote for President Bill Clinton in the 1996 presidential election, opting out of casting a vote for president entirely, out of disgust for what she saw as an abandonment of poor children in his welfare reforms. She knew what she knew, and she knew it was important.

Ivins lets “Raise Hell” exist and thrive, her presence and words guiding the viewer through the life of a complicated and truly inspiring person. There’s an automatic cushion for the documentarian who has picked the right subject, and Engel found it — if the subject of the documentary is cool as all hell, the director can get out of the way. They’ll take care of the entertainment on their own, and in “Raise Hell,” Ivins does.