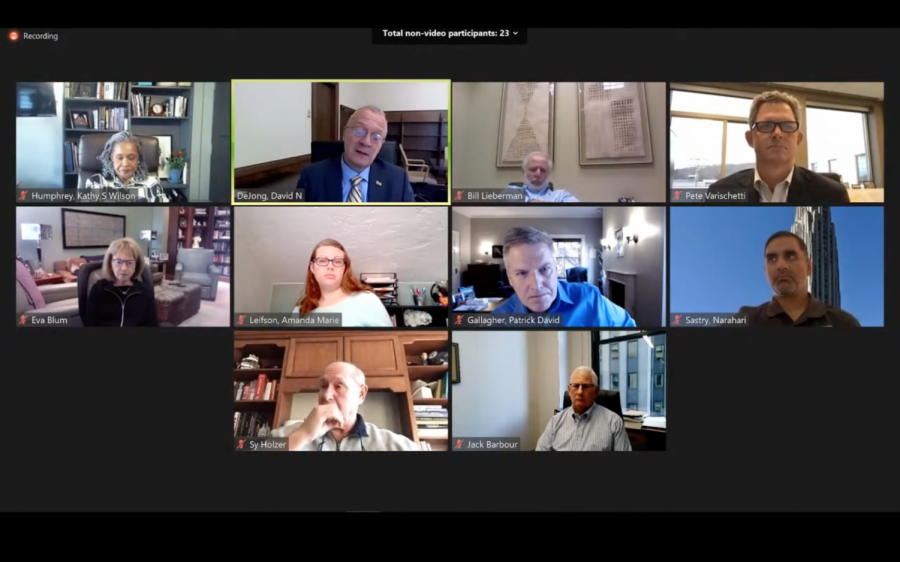 The Properties & Facilities Committee of the Board of Trustees approved an expanded construction project of the now $72-million Salk Hall renovation project.

More construction crews will soon rumble into Oakland following the approval of an expanded construction project by the Properties & Facilities Committee of the Board of Trustees.

The committee unanimously approved an expansion of the current $69-million Salk Hall renovation project at a Monday morning public meeting streamed on YouTube. The new $3 million in renovations, bringing the total cost to $72 million, will include changes to the building’s sixth floor not included in the original project’s scope, including additional classrooms and an “improved office layout” for the School of Dental Medicine. The original project included renovations for the building’s fourth through 11th floors.

Dave DeJong, Pitt’s business and operations chief, said it is advantageous to expand the Salk Hall project now since construction crews and staging materials are already in place. He added that the newly approved construction should not alter the project’s expected fall 2021 completion.

DeJong added that the University’s most closely watched construction project, the construction on Bigelow Boulevard in the heart of campus, remains on track for mid-December completion. COVID-19 restrictions halted work on Bigelow, Salk Hall and other Pitt projects for several months over the summer.

“The delays are really COVID-related, to the company that’s providing the large planters that will line the street,” DeJong said. “We are looking forward to that middle of December opening.”