Preview: Pitt will win battle of the trenches against Virginia Tech 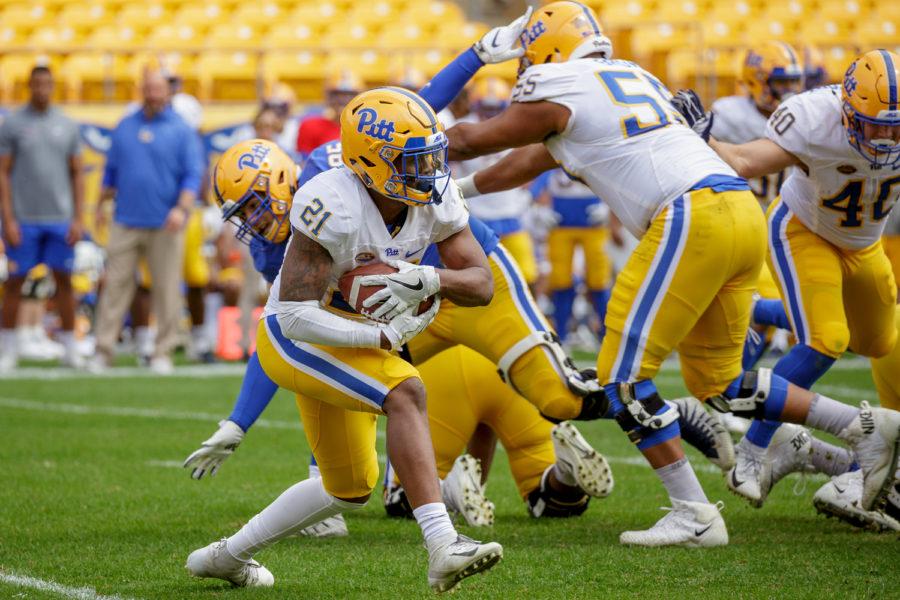 This one won’t be easy to predict. Between the uncertainty that COVID-19 brings and the fact that these teams appear as almost exact opposites, this game could go either way. I can say with some certainty that this year’s Hokies-Panthers matchup will feature a closer result than the shellacking of last season.

Pitt traveled to Blacksburg, VA, around this same time last year in former Virginia Tech defensive coordinator Bud Foster’s final game in Lane Stadium. Neither offense did a lot well, with just 440 total combined yards, but Virginia Tech at least found the end zone. The Hokies controlled the time of possession, dictated the flow of the game and won handily, 28-0.

Virginia Tech redshirt junior starting quarterback Hendon Hooker leads the offense with graduate transfer running back Khalil Herbert by his side. Hooker’s elite running ability overshadows his mediocre passing season, adding 574 yards and nine touchdowns on just 103 carries. Combine that with Herbert’s 852 yards and six touchdowns on 104 carries, and the Hokies have the eighth best rushing offense in the nation with 262.8 yards per game.

The problem for Virginia Tech lies in its defensive struggles, giving up over 450 yards per game, 193.9 of which come on the ground. The defense allowed 386 total yards last week and Miami stayed on the field far too long.

The Panthers have the third worst rushing attack in the ACC, with 104.3 yards per game. Pitt’s offense goes where senior quarterback Kenny Pickett takes it, and this year it relies heavily on its passing game to win, unlike the Hokies who need to run the ball effectively to stay competitive.

Pitt fared much better in its last game than Virginia Tech did, however. The Panthers went down 14-3 early to Florida State, then outscored the Seminoles 38-3 the rest of the way. Pitt’s defense fueled its comeback, allowing only 290 total yards, and the run game added 148 yards and four touchdowns on the offensive side of the ball. Pitt’s strong performance on the ground will need to occur again Saturday to open up the downfield passing attack.

Fortunately for the Panthers, they thrive in the one area that the Hokies excel. Pitt’s front seven has devastated opponents this season, allowing a conference-best 78.8 rushing yards per game. Redshirt senior linebacker Chase Pine knows the role he and his position group must play against Herbert.

“He’s just trying to find the open hole and I’m here to make his day not so good,” Pine said.

Stopping the run, like every other week, will be Pitt’s number one priority. The Hokies have over 2,000 rushing yards this season, however, and even in losses they don’t slow down. The team has run for 361 yards over its last two games, both losses, and 24 of its 34 offensive touchdowns have come on the ground this season.

“I might say this is the second-best offensive line we’ve faced,” Narduzzi said. “They’ve got a lot of experience. They’re physical and they’re strong, and they know what they’re doing.”

Pitt has one of the best front seven groups in the country, making this a fun matchup to watch, but Virginia Tech causes its own trouble on defense. The Hokies rank second in the nation in sacks, with 30, eight behind the Panthers. Getting pressure on the quarterback has proved pivotal this season, and Virginia Tech sacked Miami quarterback D’Eriq King six times last week, although the Canes marched down the field to score twice late.

Pro Football Focus grades Virginia Tech’s offensive line as the best run blocking unit in the ACC and the 10th best of Power Five teams. Virginia Tech redshirt sophomore offensive tackle Luke Tenuta’s matchup against redshirt senior defensive end Rashad Weaver could swing the momentum of this game. An elite defensive end, Weaver is tied for 15th in sacks and tied for sixth in tackles for loss in the nation. Tenuta struggles in pass protection and has given up four sacks in the six games he’s played this season.

The Hokies’ passing attack doesn’t focus on one-on-one matchups downfield, which helps Pitt. The Panthers often leave defensive backs on islands and dare teams to attack them on deep passing plays, while their front seven brutalizes offensive lines and makes the life of opposing quarterbacks miserable.

Pitt leads the nation in tackles for loss (93) and sacks (38), and the margins aren’t very close. Whoever wins the battle in the trenches will win this power-on-power matchup. Pitt doesn’t need to run for 200+ yards to win, but it can’t record 2.2 yards per carry like it did against Notre Dame. Virginia Tech does need to run the ball well to win, as their passing game has been below average at best this year.

The Hokie offensive line likely presents the second-toughest challenge Pitt has faced this year, as Narduzzi pointed out. But Notre Dame came to Pittsburgh and mustered only 2.3 yards per carry, proving the strength of Pitt’s run defense, as the Irish rank second in the ACC in rushing yards per game.

Pitt is a dominant defensive force this season and will continue to show their strength on Saturday. The offense can only go as far as Pickett takes it, but with yet another off week to recover from the ankle injury he suffered against Boston College, he’ll have had more time to regain his strength. Pickett will stretch the field against a poor Virginia Tech passing defense, and the rush won’t get to him in time to rattle him.

Pitt wins, but not by much, as the defensive lines of each team will slow this game down enough to make it interesting.