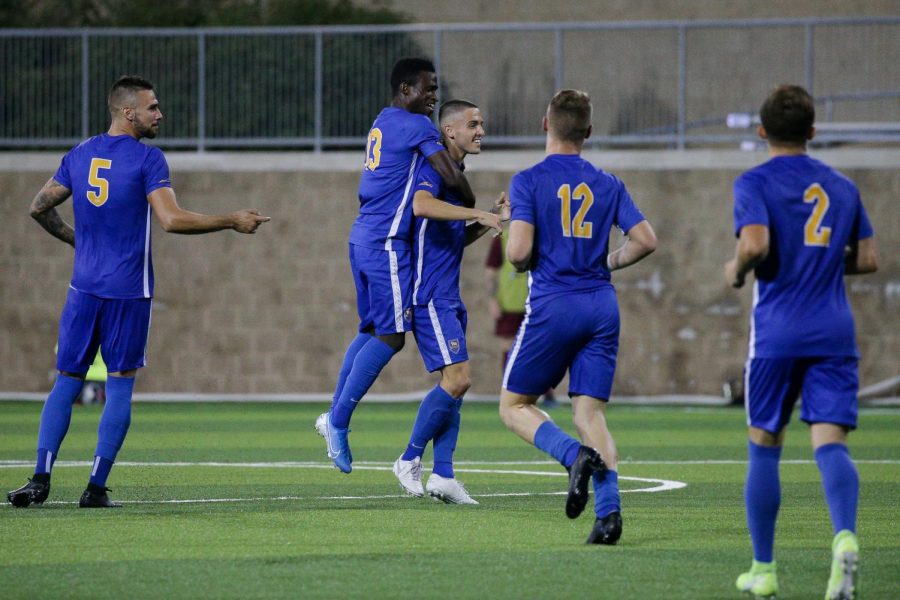 In arguably the most important match in the program’s history, No. 1 Pitt men’s soccer fell 2-1 to the No. 2 Clemson Tigers 2-1 on Sunday in the team’s first-ever ACC Championship appearance.

Both teams came into the title match with loaded resumes. Clemson (7-2-1) didn’t have an unblemished record like Pitt (7-0), but the Tigers had earned impressive victories over then-ranked No. 1 Wake Forest and No. 5 Virginia Tech. The Panthers and Tigers hadn’t met this season, but Pitt likely hadn’t forgotten last year, when Clemson eliminated the Panthers from the ACC Tournament.

The Panthers took the field without one of their leaders — senior fullback Jasper Löeffelsend missed the match with an injury he suffered in the semifinals. Not only the best defender on the team, Loeffelsend also leads Pitt with six assists on the season, meaning Pitt felt his absence on both the back line and the attack.

The Clemson attack completely dominated the first half. Pitt struggled to possess the ball in any capacity, but the inability to pick up its marks defensively proved the most prominent issue. The Panthers allowed an easy goal in the thirteenth minute on a cross to unmarked Clemson striker Mohamed Seye, giving the Tigers a 1-0 lead. This marked the first time all season that the Panthers trailed in a match.

While five saves from senior goalkeeper Nico Campuzano helped Pitt fend off the rest of Clemson’s initial attacks, the Panthers faced pressure for the entire half. They allowed nine total shots, while only managing three themselves.

But Pitt did what it does best to start the second half, coming out firing offensively. In just the second minute of the period, junior midfielder Jackson Walti threaded a beautiful ball to star sophomore striker Valentin Noel for a 47th minute equalizer.

The second half proved more closely contested, but Clemson still controlled possession, while the few attacks Pitt built resulted in nothing on the scoreboard. The Panthers once again had a miscommunication at the back in the 71st minute, allowing an open header for Clemson attacker James Brighton to put the Tigers up 2-1.

While sophomore midfielder Veljko Petkovic led the charge for the remainder of the game with several threatening balls and set-pieces, Pitt never managed to find the back of the net. The Panthers’ first loss of the season came at the most inopportune time, as Clemson became the 2020 ACC champions despite Pitt going undefeated in the regular season.

Although a crushing loss for Pitt, the team’s season hasn’t ended yet. The NCAA moved fall championships to the spring, meaning more soccer will come in a few months. Pitt’s impressive season, which saw the team reach the No. 1 ranking for the first time in program history, will certainly earn one of the 12 at-large selections for the NCAA tournament.