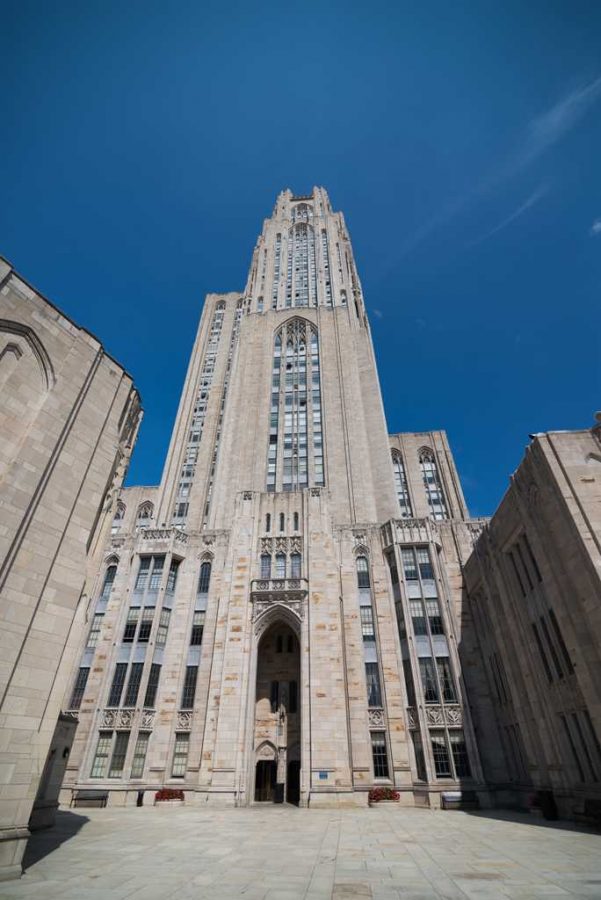 Amid rising COVID-19 case numbers nationwide, Chancellor Patrick Gallagher said Thursday afternoon that Pitt will use many similar techniques to slow the spread of the virus in the spring semester as it used in the fall.

Some of these holdover policies will include the shelter-in-place period as well as grouping students into “pods” to limit social interaction, according to Gallagher. Pitt advised, but did not require, students to shelter in place for 14 days before coming to campus in August and leaving campus in November.

But, Gallagher noted that worsening pandemic conditions and holiday travel will create challenges for bringing students to campus. Because of this, Gallagher said he doesn’t know how much Pitt will have to modify its January arrival schedule.

“What we don’t know is how much we need to modify that arrival period based on what’s happening at the time,” Gallagher said. “Being here in the middle of December, it’s simply too early for us to say what the middle of January is going to be.”

The COVID-19 Medical Response Office said Thursday afternoon that it won’t release more travel guidance to students about the start of the spring semester until at least Jan. 4 — the day a number of new temporary state restrictions are set to expire. But regardless of where students are located, the first day of classes will remain Tuesday, Jan. 19.

Gallagher recommended students, faculty and staff remain as flexible as possible with their travel plans to adjust to a changing schedule. The University will give students at least two weeks notice before residence halls open to allow for a “phased arrival,” similar to the fall semester.

“To the extent you can, maximize your flexibility in your travel arrangements because we are simply dealing with a lot of things we don’t know at this time. Be prepared to adjust them if you can,” Gallagher said. “I’m going to be asking a lot of the adaptability and flexibility.”

Dr. John Williams, the head of the CMRO, echoed Gallagher’s concerns surrounding travel during the holidays. He said in the summer there were “hot spots” around the country, but now “everywhere is a hotspot.”

Dr. Anantha Shekhar, senior vice chancellor for the health sciences and dean of the School of Medicine, said even though a COVID-19 vaccine is hopefully on its way, it’s important that students not let up on mitigation behavior like wearing masks and social distancing.

“There will be people getting vaccinations and people getting immunity developing, yet there will be a lot of vulnerable people potentially exposed,” Shekhar said. “We don’t think there should be any change in behavior over the next semester.”

Despite concerns leading into the spring, Williams was complimentary toward Pitt’s “success” of a fall semester.

“Did the students have the ideal experience? No, but every single student I talked to out of hundreds said they would rather be here participating with the mitigation restrictions than to be fully online,” Williams said.

Williams added that the University’s mitigation measures and “bidirectional, multi-pronged and flexible” communication with students made it possible.

“What we learned in the fall is, in short, we can do this,” Williams said. “The key thing is we didn’t just set it and forget it and send a memo and say students it’s on you good luck. We constantly altered our messaging and responded to what we were learning.”

Williams also said while testing was an “important tool,” Pitt had “as good or better numbers” than peer universities that utilized mass testing strategies. Pitt tested symptomatic students on campus, a random sample of students through its surveillance testing program and offered all students an at-home COVID-19 test after they went home for Thanksgiving break.

Gallagher agreed that Pitt is “best in class of major universities” in terms of the University’s virus performance. He said is proud that the Pitt community came together during the pandemic.

“This is hard, this is really hard. This is isolating, it’s lonely, it’s tiring, it’s exhausting … but you did it anyway.” Gallagher said. “We always think of communities as being things that are what happen when you’re together, but it’s proven to me that a community is stronger than distancing and masking. We’ll have to draw on that even more as we go into this challenging spring semester.”