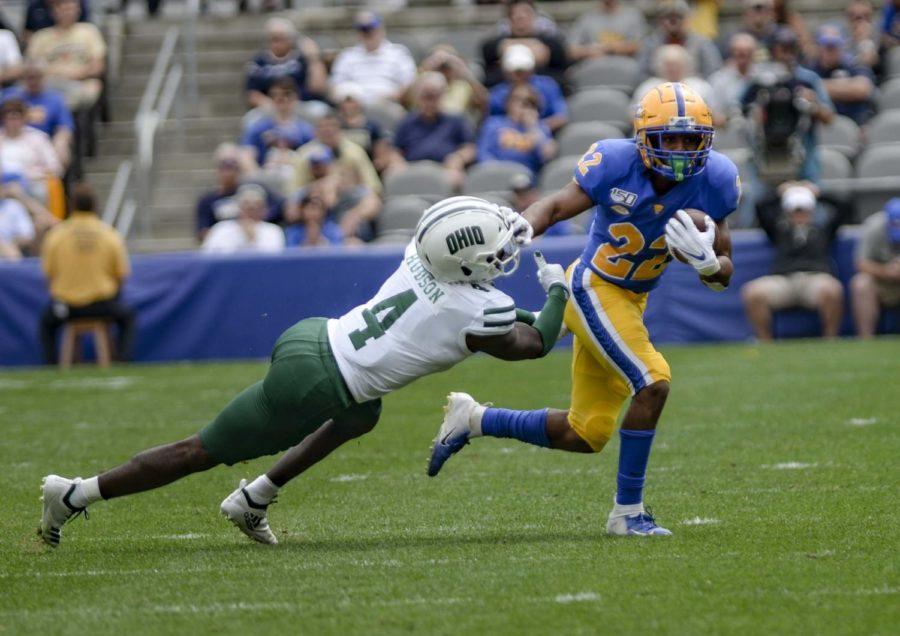 As the Panthers took the field on Thursday night, the players knew it could be their last of the season, and for some the last of their careers.

In a normal, 12-game slate, one game couldn’t decide the difference between a winning or losing regular season record. But with the COVID-19 altered season, Pitt’s final matchup would decide if the Panthers finished above or below .500.

Win or lose, the Panthers couldn’t count on or rule out a bowl game in its future. The NCAA waived record requirements for bowl eligibility this year, but COVID-19 has reduced the amount of bowl games. This means Pitt had no guarantees, except, as senior offensive lineman Jimmy Morrissey pointed out after the Panther’s loss to Clemson, one game in Atlanta.

Head coach Pat Narduzzi insisted on Monday that the uncertainty wouldn’t impact his players’ attitudes, saying the team treats every game like they may not get another.

“Every game could be their last,” Narduzzi said. “It’s amazing, you kind of cherish each one of those. We tell our guys, you’ve got to play like it is your last. We never know. We hope it’s not the last one.”

While it’ll have to wait for an announcement on bowl season, Narduzzi’s squad got the job done on Thursday to bolster its resumé. Pitt (6-5, 5-5 ACC) defeated the Georgia Tech Yellow Jackets (3-7, 3-6 ACC) 32-20 behind a monster performance from sophomore running back Vincent Davis.

Pitt’s season would’ve ended with its loss to Clemson, but the Panthers’ postponed their Nov. 14 matchup with the Yellow Jackets when Pitt paused all team-related activities due to COVID-related protocols. The Panthers had no players out for COVID-protocols on Thursday, the first perfect week in that regard since their Oct. 24 matchup with Notre Dame.

This meant the Panther defense had lost three of its best players in the latter half of the season, as star safety Paris Ford opted out in November. The defense still came to play on Thursday, holding the Yellow Jackets to 128 yards of offense in the first half. Redshirt senior Patrick Jones II, another likely 2021 NFL Draft pick, said he didn’t consider sitting out of Thursday’s game, and that he hadn’t thought at all about if he’d play in a bowl game.

“I was kind of just locked into the game and everything,” Jones II said. “I just kind of wanted to be there with my boys, for real.”

Pitt offense got the game started with a bang, as Davis unleashed a 74-yard rush on the first play from scrimmage. The Panthers couldn’t reach the end zone from inside the ten-yard line, settling for an opening-drive field goal.

But once again, Pitt’s offense failed to score a touchdown in the red zone. The Panthers couldn’t convert fourth and goal from the one-yard line, coming up shorthanded. Pitt has struggled from that range all season, only scoring touchdowns on 63% of its red zone trips coming into Thursday.

“We’ll look at the tape to find out exactly [what happened]. Was it playcalling? Was it execution? It’s always a little bit of both, it’s on everybody,” Narduzzi said.

The Yellow Jackets took the momentum of the goalline stop to their offense. Sims marched the unit 98 yards down the field, rushing in for a one-yard score on his own fourth and goal attempt from the one-yard line, giving Georgia Tech a 7-3 lead. Neither team could get much offense going the rest of the quarter, but Pitt started threatening thanks to an odd play at the start of the second period.

Senior quarterback Kenny Pickett’s pass bounced off first-year wide receiver Jordan Addison’s hands, and Georgia Tech junior cornerback Quez Jackson picked it off. Panther senior running back AJ Davis didn’t give up on the play, though, stripping Jackson and recovering the fumble. In the end, the play resulted in a 17-yard Panther gain.

Pitt again couldn’t convert in the red zone, and made another field goal. Georgia Tech received an illegal formation penalty on the kick, which would’ve given Pitt a fourth and one opportunity, but Narduzzi declined it.

With little luck inside the twenty-yard line, Pitt found the best scoring strategy — skip the red zone altogether. Pickett floated a dime to graduate transfer DJ Turner, who jogged untouched past the goal line for the 60-yard touchdown.

Pitt received one more scoring opportunity, but settled for a field goal again. The one winner of those red zone woes was senior placekicker Alex Kessman. Kessman made all three of his first half field goals, adding onto his case for the Lou Groza award. The Panthers went into halftime with a 16-7 lead, after senior cornerback Jason Pinnock picked off another Sims pass.

The Panthers finally converted at the goal line to extend their lead in the third quarter. Pickett snuck in from the one-yard line for his eighth rushing touchdown of the season, capping off a 12-play, 79-yard drive.

But the Yellow Jackets wouldn’t go away easily. Sims found redshirt senior wide receiver Jalen Camp for a 21-yard score, closing the deficit to 23-13 before the fourth quarter. The Panthers strung together a productive offensive drive in response, but stalled again in the red zone.

Pitt got a fortunate break, as Georgia Tech received a very questionable personal foul penalty when Jua Thomas lightly pushed Pickett as he scrambled out of bounds, giving the Panthers a new set of downs. Pitt still wound up settling for a field goal, but the penalty allowed Pitt to burn more precious clock.

Kessman made the field goal, his last of the night. If the Panthers don’t play in a bowl game, Kessman will finish his career with a program-high 69 field goals, and an additional 134 extra points.

It wasn’t over yet. Georgia Tech sophomore running back Jamious Griffin immediately broke free for a big gain to put the Yellow Jackets in Pitt territory. Sims found sophomore tight end Dylan Deveny for an 18-yard touchdown a few plays later. Just like that, Pitt’s lead fell to six with as many minutes left in the game.

The Panther run game has struggled game after game this season, staggering the Pitt offense in countless matchups. Davis didn’t allow that to happen on Thursday, putting together far and away the most impressive game of his career. Building off some great offensive line pushes, Davis barrelled forward for multiple first downs on Pitt’s final possession, draining the clock and moving the Panthers forward.

Shortly after Pickett picked up a first down on third and one to keep the chains moving, Davis slipped past the Yellow Jacket defense for a 38-yard score that put the game away. He hadn’t eclipsed the 70-yard mark in any of Pitt’s first ten games, Davis put together a stunning performance, finishing with 247 yards on 25 carries and a touchdown.

“Everything was just perfect tonight,” Davis said. “The line came out doing their job executing and we just came out and took over.”

As the final seconds wound down, Georgia Tech desperately tried to put together a comeback. The Yellow Jackets turned it over on downs in the red zone to end the game, as Georgia Tech head coach Geoff Collins screamed at referees for not calling passing interference on one of the final plays. Collins seemed to brush off Narduzzi as they shook hands after the game, causing some postgame controversy.

“I just said ‘Hey you’ve got a great team’ and he said ‘That’s baloney,’ I guess, in nice words and walked off,” Narduzzi said. “I thought it was a good game.”

Now that the “guaranteed game” had ended, Morrissey reflected on his time at Pitt, understanding the possibility that he had just played the last game of his college career.

“I love this school and my teammates,” Morrissey said. “It’s really shaped me to the man I am today, and the memories I’ve made, and the relationships I have now will last me a lifetime. I’m proud to be a Pitt Panther.”