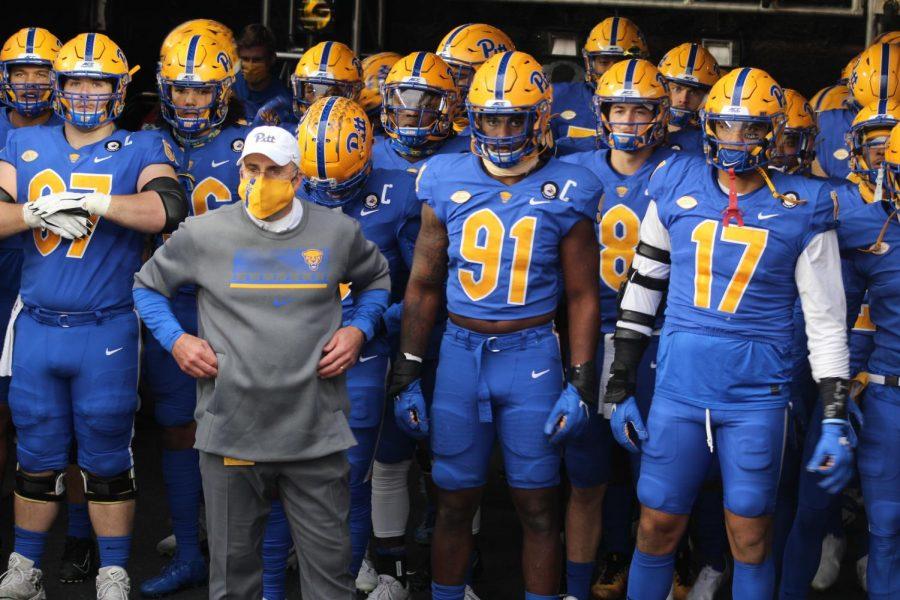 Pitt football’s 32-20 victory over Georgia Tech on Thursday night has turned from regular season finale to simply the season finale. Head coach Pat Narduzzi and Athletic Director Heather Lyke announced Friday evening that the Panthers will decline to participate in a bowl game this postseason.

The decision to forgo a bowl game in 2020 was made by the entire team and supported by the athletic department, according to Pitt. Lyke said Pitt made this decision with the intention of allowing players a chance to spend time at home while the University is on winter break.

“Our football student-athletes’ sacrifice and commitment have been extraordinary,” Lyke said. “This season has been an especially taxing experience, physically and mentally, on and off the field. Despite this unprecedented environment, our team finished strong concluding with last night’s win at Georgia Tech. We are thankful and proud of how they handled the past six months and want them to have a well-deserved restful holiday season with their families and loved ones.”

Pitt is the second ACC school in as many days to declare that it will not play in a bowl game this winter. Pat Kraft, the athletic director at Boston College, said Thursday that the Eagles will not accept any postseason invitations and instead allow players to return home for the holiday season.

Narduzzi praised his team’s effort and commitment during this season. He said he has “never been around a group of players who have faced greater challenges beyond the field than our team this year.”

Earlier on Friday — before Pitt announced its decision to skip the 2020 postseason — star defensive ends Patrick Jones II and Rashad Weaver announced their intentions to depart the team and declare for the 2021 NFL Draft.

Fellow standout defenders Jaylen Twyman and Paris Ford had already departed the team to prepare for a professional career. Tyman’s announcement came before the season started, while Ford revealed his intentions during a November bye week.

The Panthers finished the 2020 season with a record of 6-5 overall and 5-5 in conference play, which earned them a tie for sixth-place with Boston College in the division-less ACC.