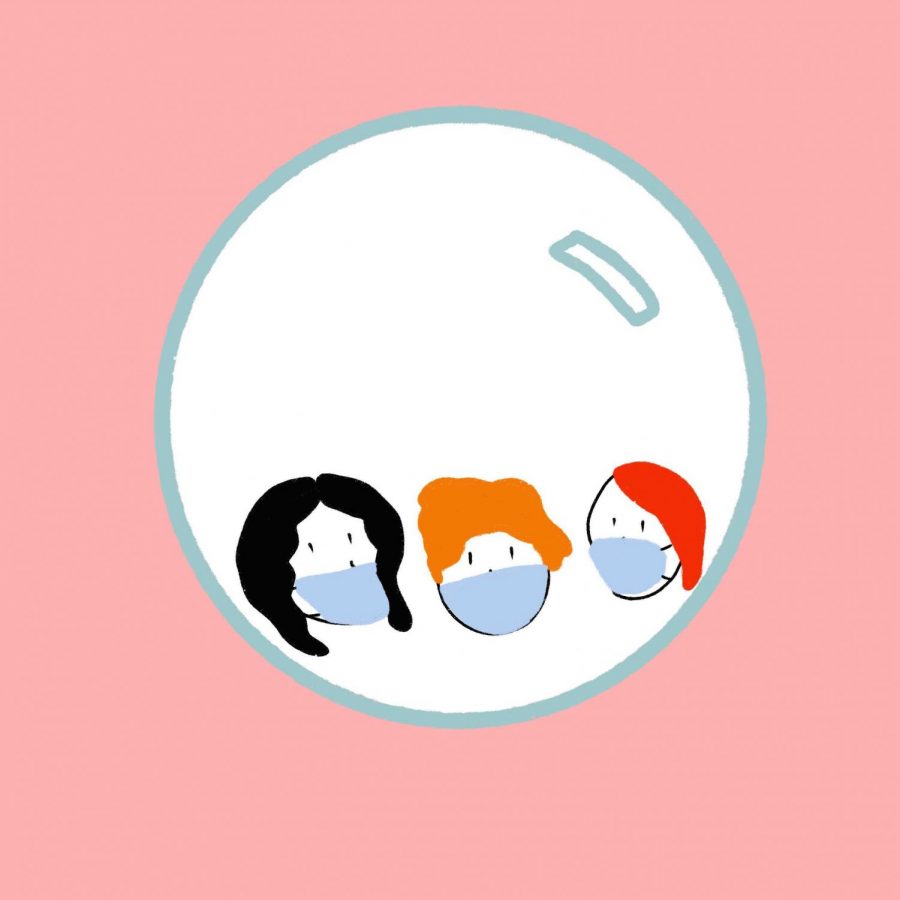 Pitt urged all students, both on and off campus, to stay home until further notice, rather than travel back to campus for the spring semester, in a Jan. 8 email. Since virus cases are soaring across the country once again, Pitt will instead notify students two weeks before they are permitted to move in.

Some off-campus students already have travel plans, and will probably keep them. Others might just want to get out of their parents’ house. Which is all to say, even with residence halls remaining closed, some students will return to campus. It’s also pretty safe to say that a majority of campus transmission happens in public spaces off-campus rather than within University housing — there was only one reported residence hall outbreak, located in Tower B. Pitt’s case numbers also started to soar following Halloween weekend, likely related to students attending parties.

I wrote in August about the importance of talking frankly with roommates about social distancing and ensuring that fellow pod members were being responsible and limiting their exposure. Allegheny County reported 63 confirmed cases of COVID-19 on Aug. 17, the day the column was published. Now, the county is reporting  hundreds of cases a day, and hospitalizations are nearing an all-time high.  United States COVID-19 cases are also at an all-time high, and with a new, more contagious variant, scientists are warning that the situation will become even worse in the coming months. Whether you’re returning to campus now or staying put for the time being, you should think seriously about shrinking your COVID-19 pod.

I think most of us got away with something risky last semester — having a 10-person Friendsgiving celebration, sleeping with a Tinder date, attending a party or just relaxing social distancing practices in general — by not communicating well with our established pod. There’s just not space to do this anymore. If someone did a few risky things last semester and didn’t get sick, that doesn’t mean the risk was OK or that they’re out of the woods. It essentially means that they were lucky.

Compared to other public state universities this past fall, Pitt fared fairly well in terms of case numbers. The University has reported more than 800 student cases, whereas Penn State, for example, reported more than 5,000. I would argue, though, that the case numbers here were likely substantially higher than what Pitt reported, since aside from randomized surveillance testing, Pitt only tested individuals who were symptomatic or in contact with someone who was confirmed positive. Students also had access to off-campus testing sites like CVS and other pop-up clinics in the Pittsburgh area, and those case numbers are only included in Pitt’s COVID-19 reports if the student chooses to report the case to the University.

While it’s true that Pitt’s lower numbers can partially be attributed to students taking caution, it’s also likely that they were lower because Pitt, unlike other universities, didn’t start the semester with in-person classes, and the county transmission rate was relatively low when students returned to campus in August. As noted earlier, cases started to accelerate when Pitt began allowing in-person classes, and right after Halloween. Around this time, community cases were beginning to accelerate, too.

We never really saw if Pitt’s mitigation efforts were effective after the post-Halloween spike, because students went home for break shortly after. But this is all to say, when COVID-19 is present in the community, it spreads like wildfire. And since then, the prevalence of the virus in Allegheny County has only increased. If you choose to return to campus, you are at a far greater risk of coming into contact with someone who is infected, and thus, becoming infected.

Talking to pod members about their COVID-19 activities — who exactly they’re seeing, how often they go shopping, whether or not they go to the gym — can sometimes feel like interrogation, but this is necessary. It might seem safe to hang out with someone who hangs with only three other people, but it’s likely those three people are each seeing three other people, and so on and so forth. You should assume that every time someone in your pod is exposed to another person, you are also exposed to that other person. So if you are in prolonged, close contact without a mask with someone outside your pod, you should behave as if you’re then in contact with everyone they’ve been in contact with. With the county reporting several hundred cases a day, the chances of infection seeping into your pod becomes drastically higher per each person you add.

Perhaps even more than mask-wearing and hand-washing, proper social distancing is really the most effective way to slow the spread of COVID-19. And really, there is no good way around it.

Some people choose to engage in risky behavior and then get tested for COVID-19, and while this is definitely better than nothing, it isn’t foolproof. If someone gets a test too soon after exposure, the virus might not be detectable in their body yet, and they might get a false negative. Most experts recommend waiting at least two days post-exposure before being tested — and by then, you’ll almost certainly be in the presence of your pod members. And even if you do wait the recommended period of time, test results are still subjective. There are a slew of COVID-19 tests currently approved by the Food and Drug Administration, and each has a different accuracy rate, which depends on different factors. The FDA recently warned Los Angeles, a COVID-19 hotspot, that a particular test residents use might not be producing accurate results.

You should only be in a pod with people whom you are absolutely certain are behaving responsibly. Lay out what you see as responsible behavior. Have a conversation with your friends. If someone isn’t willing to take precautions in a way that makes you comfortable, shrink your pod. And no matter how responsible your pod members are, there’s always a chance of exposure. The fewer contacts you have, the better.

With vaccinations beginning in the United States, and a new, more competent president being sworn into office, there is light at the end of the tunnel. But we’ve still got a long way to go before we’ll see any sort of normalcy. We have to keep each other safe until then, no matter how hard it is. We’re out of options at this point.

Leah writes about mental health, books and the spices of the world. Write to Leah at [email protected].