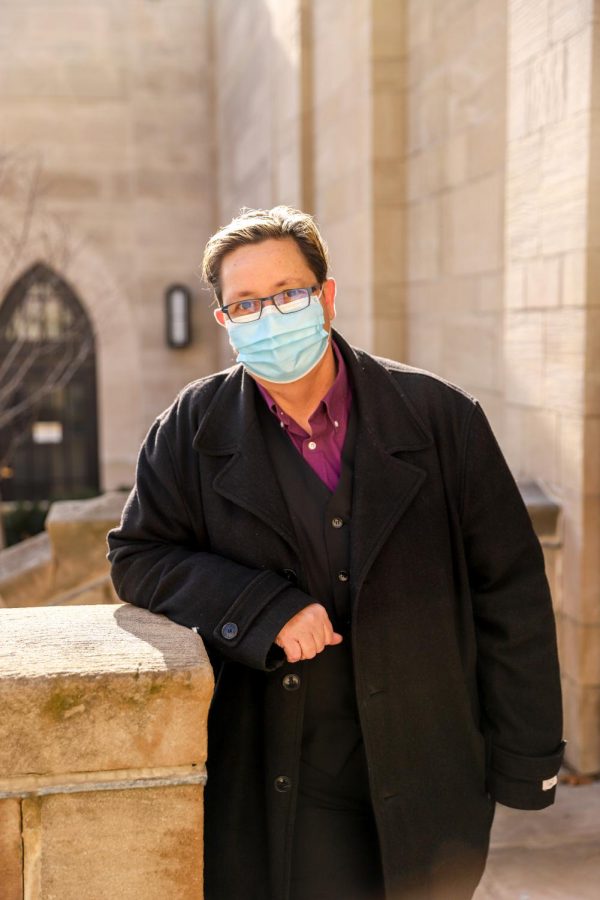 Annmarie Duggan, chair of the theater arts department, said that moving to virtual theater presented many unique challenges, but she is proud of the work the department did.

Theatre arts faculty and students took us on roleplaying journeys and life-changing road trips after Pitt Stages moved online last semester. Audiences this spring will experience friendship, heartbreak and mythic adventures, once again from the comfort of their couch.

Pitt Stages’ spring lineup features two undergraduate-directed Student Labs and three faculty-directed Mainstage shows, starting in February. Students from all majors and backgrounds can submit auditions through the theatre arts department website through Jan. 21. These productions will stream online without a live audience due to the ongoing COVID-19 pandemic, although directors are working on new ways to place the viewer in the action.

Annmarie Duggan, chair of the theatre arts department, said the fall semester “went as well as could be expected,” although producing virtual theater brought its challenges. She said Pitt Stages found it difficult to attract audiences to their online productions, and many directors this semester had to choose new plays, since not every play gives theater companies the right to produce the show online.

The first show of the spring semester, “Collective Rage: A Play in Five Betties,” will stream Feb. 26 through Feb. 28. This show is directed by Julia Kreutzer as a Student Lab — a program that gives undergraduate students the opportunity to direct their own works. The play follows five vastly different women, all named Betty, who come together to produce a play based on Shakespeare’s “A Midsummer Night’s Dream.” Kreutzer, a junior double majoring in political science and English writing, is a senior staff columnist at The Pitt News.

Pitt Stages’ second Student Lab, “Carrie & Francine,” streams April 9 to 11 and follows the two titular characters as they navigate a tumultuous preteen friendship. Rebecca Hobart, the show’s director, said she chose the play for her Student Lab because of its depiction of young women.

“It’s basically a complicated relationship about young girls,” Hobart, a junior theatre arts major, said. “The playwright, Ruby Rae Spiegel, is a really young woman. I was just looking through many, many collections of plays by young women, because I knew that was what I wanted to do.”

According to Hobart, she originally selected “Carrie & Francine” before she knew she would have to direct a virtual play. She said the play sometimes requires an intimacy between the actors that she worried about achieving over Zoom, but she’s working through those issues with theatre arts faculty members.

“When I was asked if I still wanted to go forward with the play, I thought I was a little bit nervous about the intimate moments, but I have a great mentor [Karen Gilmer] who is helping me through that,” Hobart said. “I have a really great scenic designer [Jillian Werbisky] who is doing Zoom backgrounds. So a lot of my initial worries, they’re being culled in the process.”

Gilmer, a lecturer and costume designer in the theatre arts department, is directing the first Mainstage production of the season. She said her love of science fiction drew her to “Spark,” a play that combines Greek myth with themes from novels like “The Hunger Games.”

“‘Spark’ uses the myths of Prometheus and Pandora to write a play that pays homage to futuristic and dystopian young adult novels and movies,” Gilmer said. “This play looks at our dependence on technology and how the governing structures use this to keep society in the dark about the reality of truth.”

The play by Tom Arvetis imagines a future where humans live underground, governed by a cult-like organization that convinces its citizens that the surface is unsafe. Prometheus and Pandora search for the truth “by breaking rules and challenging authority,” according to Gilmer.

“Spark” will stream March 12 to 21 and, depending on the University’s operational posture, could feature actors performing over Zoom or on a live stage. Gilmer said she’s taking a “hybrid approach” which will allow her to move to Zoom if necessary, while planning to safely set the stage for a live production.

“The difficulty of managing the safety and health guidelines also presents obstacles deciding what is the best way to stage using the bare minimum, no contact or backstage crew,” Gilmer said.

Like “Spark,” “Anon(ymous)” reinterprets a famous Greek myth. Framing Homer’s “Odyssey” as an immigrant story, the show follows a young refugee named Anon after he arrives in the United States and becomes separated from his mother, according to director Ricardo Vila-Roger.

Although it addresses serious subjects, Vila-Roger said the show also has moments of humor, and often crosses genres as it passes from intense to light-hearted moments.

“The Cyclops, for instance, is much more of a horror film. Sometimes it’s more of a buddy flick,” he said. “Sometimes it’s a thriller, sometimes it’s a ghost story. That’s one of the weird, quirky things about it, is it has a lot of different genres that it kind of tries to imitate.”

Vila-Roger also said he hopes to overcome the disconnect that comes with a Zoom production by finding a way to incorporate the viewer in the action of the play.

“One of the things we’re talking about is making it much more of a point-of-view telling, so that the audience is actually the immigrant child, and that the lines are told through voiceover,” Vila-Roger said. “This is still in the very early conceptual phase. But part of what I envision is the audience feeling like they’re in the story.”

Also in the works this spring is an original production from Cynthia Croot, an assistant professor and head of performance in the theatre arts department. “Appalachian Paris” — the show’s working title — will invite collaboration from the cast on the script and production of a walking tour through Oakland, according to the Pitt Stages website. Brian O’Neill, a former columnist at the Pittsburgh Post-Gazette, coined the term “Paris of Appalachia” to describe Pittsburgh in his 2009 book on the City’s history.

Although streaming has allowed Pitt Stages to continue making content in the time of COVID-19, Vila-Roger noted that the theater community has debated whether online shows actually count as theater, if they have no in-person audience.

“I will leave that to other people to fight it out,” Vila-Roger said. “But the hard part is, how do you do these things when there’s no interaction with the audience, and you’re not in the same room, and it’s not a communal experience?”