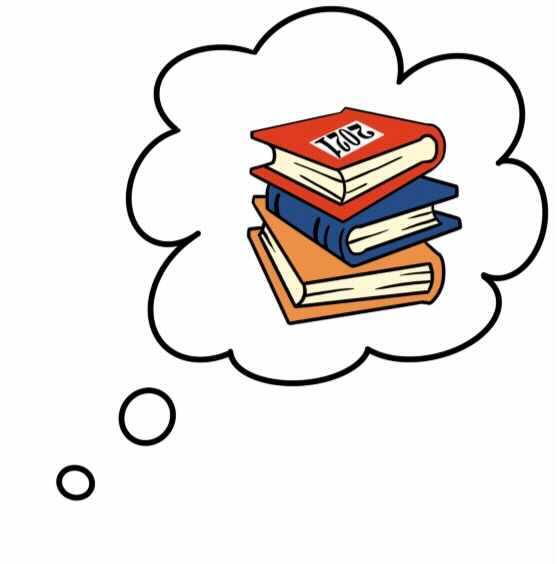 Last year, the book gods told me that 2020 was going to be a good year for books. The book gods did not tell me that there was going to be a global pandemic, but that’s OK. Over the past year, I found some good quarantine reads and came to terms with the fact that I am probably never going to read “Infinite Jest.” And now that I’m no longer trying to tackle the thousand-page monster that is David Foster Wallace’s “Infinite Jest,” I have more time to read some of the upcoming year’s newest publications. These are some of the year’s forthcoming books that I’m most looking forward to.

“Under a White Sky,” Elizabeth Kolbert

Elizabeth Kolbert is a staff writer for The New Yorker, with a climate crisis beat. I’ve been following her essays for a few years now, and after reading her piece “How to Write About a Vanishing World” last year, I was thrilled when I found out she was at work on another book.

“Under a White Sky” examines a world collapsing due to the climate crisis. Kolbert writes about encounters with scientists working against the crisis — biologists trying to preserve rare fish and researchers who are working to mutate coral to survive in warmer temperatures, to name a few. One of Kolbert’s strengths is the way she can make research and science digestible for the average reader without watering it down. I suspect the book will follow this pattern.

Melissa Febos, with her gorgeous sentences, has made a name for herself in the world of literary nonfiction over the past decade, publishing two books and dozens of essays on sex work, childhood, feminism and queer identity — and how these subjects change throughout our lives. “Girlhood” is a book full of investigative reporting, memoir and research, which focuses largely on growing up in a female body, and how the female body is shaped even before a girl grows into it.

I saw Ashley C. Ford interview the writer Zadie Smith — virtually, of course — this past October. I wasn’t familiar with her work before then, but I found out she’s a writer, teacher and podcaster whose work focuses largely on race, sexuality and body image. After watching the interview, I was thrilled to hear she’d be publishing her debut memoir this year.

I found Akbar and his poems last spring, when he visited City of Asylum and read aloud his long, sprawling poem “The Palace.” His writing focuses largely on spirituality, being a Muslim person in America, addiction and the addict’s void.

“These brilliant poems dare to exist in the empty space where song lives — resonant, revelatory, and holy,” Graywolf Press, the publishing company, writes.

“The Myth of Freedom,” Maggie Nelson

Maggie Nelson has been silent in the publication world since her 2016 hybrid research, narrative and critical memoir “The Argonauts,” about sex, motherhood, gender and queerness.

“The Myth of Freedom” is a critical book that examines freedom by way of visual art, climate, drugs, sex and sexuality. Nelson somehow makes dense criticism palpable not by watering her subjects down, but by explaining them, knowing them, thoroughly. She writes narrative like a poet. I would literally read a refrigerator operation manual cover to cover manual if Nelson was the author.

Colson Whitehead won Pulitzer Prizes for his two most recent novels — “The Underground Railroad” (2017) and “The Nickel Boys” (2020). So I am going to go out on a limb and predict that his forthcoming novel, “Harlem Shuffle,” is going to be very, very good. Just a hunch.

The novel follows a Harlem furniture salesman, Ray, who is expecting a baby. Ray’s cousin is into some shady business, and eventually drags Ray into said business. He’s caught between his secret life as a crook and his facade of a life as Ray, the go-to man for family furniture. It is a “social novel about race and power, and ultimately a love letter to Harlem,” the publishing company writes.

Leah Mensch is the intermittent, self-proclaimed editor of the non-existent TPN Book Review. Write to them at [email protected].