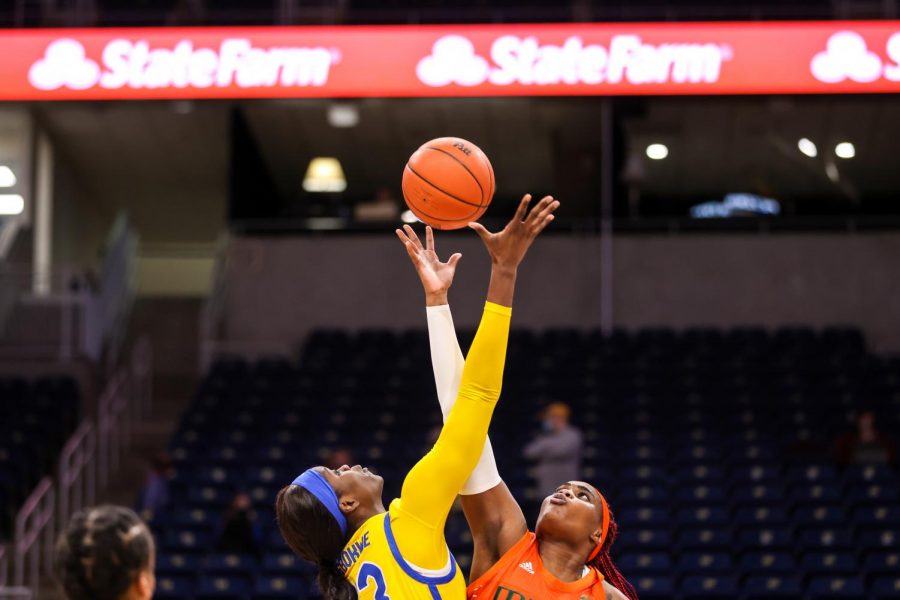 It was an unusual, and mostly gloomy, weekend for Pitt sports. The high-powered Pitt wrestling team took its first loss of the season in a blowout. Meanwhile, women’s basketball and gymnastics both suffered close losses against favored opponents. That said, the women’s diving team remained a bright spot by picking up a dual meet win over Duquesne.

Despite going into their Friday matchup against No. 4 NC State with an undefeated 3-0 record, the No. 12 Panthers took a beating against the talented Wolfpack. NC State won six straight bouts in the final stretch for an easy 27-6 win, all while managing to extend its dual meet winning streak to 21 matches.

The meet was only ever close in its earliest stages, with the two teams breaking even in the first four bouts. Redshirt junior Micky Phillippi and redshirt sophomore Luke Kemerer won the second and fourth bouts for Pitt, but a tight third bout saw redshirt sophomore Cole Matthews fall in overtime, preserving what was then a slim margin for the Wolfpack.

NC State was protecting a slim 7-6 lead after the fourth bout, but the Panthers were unable to overcome the Wolfpack’s depth. The final six bouts were barely even close, with only redshirt senior Jake Wentzel winning in a tight sixth bout.

Next up, the Panthers will face Virginia next Friday in a meet that will boast several matches between nationally ranked wrestlers.

After not playing a game in 32 days due to a COVID-19 issue within the program, Pitt women’s basketball showed little rust, but still came up short in a 72-68 loss against Miami. The game was a tight contest throughout, with the Panthers’ final possession giving them a chance to overturn a two-point deficit and win, but the team ultimately failed to convert.

That said, Pitt’s strong showing Thursday night offers some positives. The Panthers played their strongest quarter in recent memory, shooting 60% and netting 31 points in the first.

Pitt also saw growing contributions from young players, the most notable being sophomore center Rita Igbokwe, who shot six for six while collecting six blocks. Sophomore forward Amber Brown scored eight points, including a crucial shot that cut Miami’s lead to just two in the late stages of the game.

Although it is still subject to postponement, Pitt’s next game is currently scheduled for Tuesday night against Clemson.

Junior Katie Chamberlain and sophomore Ciara Ward headlined the afternoon for Pitt, earning titles on the bars and vault, respectively. Chamberlain’s routine earned an almost perfect 9.900 on the bars, recording her second consecutive title in that event and placing her in a tie for eighth-best in Pitt gymnastics history on the bars.

However, the team’s loss dropped Pitt’s record to a winless 0-2, a streak it will attempt to reverse next Sunday in a home tri-meet against NC State and Towson.

Pitt women’s diving made a strong showing Saturday in a dual meet against Duquesne, sweeping the podium against the outmatched Dukes.

The men’s team competed against themselves, with sophomore Dylan Reed earning first in both the 1- and 3-meter events. Both teams will compete next weekend against Army West Point.