Q&A: Leah Dowdy on quarantine, her entertainment career and the “Today” show 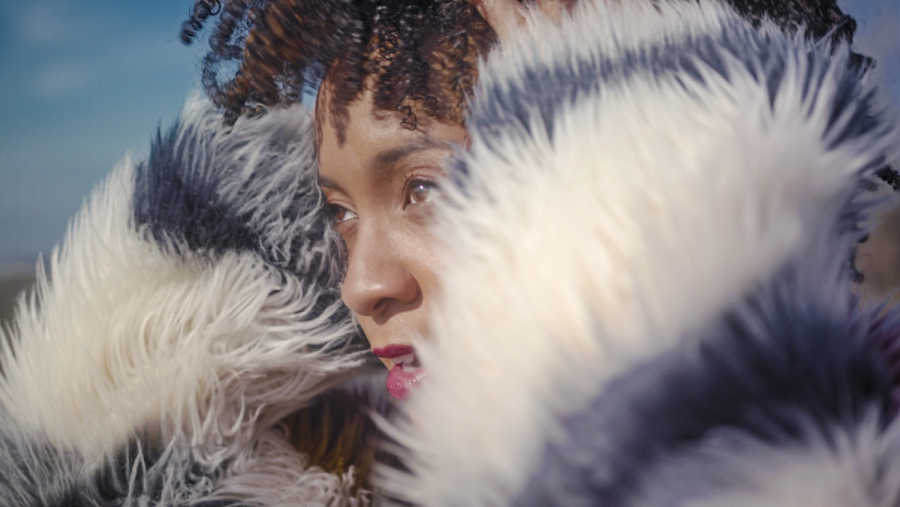 While “Today” show hosts Hoda and Jenna chatted in the background, a producer’s voice told Pitt alum Leah Dowdy to do a run-through of her song before going live.

Dowdy, who has been working as an actress and brand ambassador since graduating in 2011, was about to play to her largest audience yet, just months after releasing her first few original songs — including her pop track “The Fool” — on SoundCloud. The Pitt News spoke to Dowdy about her journey to her Oct. 5, 2020, performance on the “Today” show and beyond.

Q: I’d like to start at the beginning. What sort of things were you interested in as a child, and how did that translate to your current career?

A: Yeah! So I started dancing at the age of 6 — ballet, hip-hop, jazz, all that stuff — in the suburbs, because I didn’t want to do karate. My mom was like, “You have to have an activity!” And karate was too intense. They were always yelling at you, and if you didn’t do the right foot in karate you would get hit, and that’s not fun! In dance it’s like, “Try it again,” in karate it’s like fighting for your life. So it started with dance, but I was always singing and running around the house, making up my own shows and annoying my family.

Q: So then did the interest in dance and music continue throughout middle school and high school?

A: I did all kinds of plays and musicals growing up, and in middle school and high school was really when I got into musical theater. Then at Pitt I thought I’d just keep the artsy stuff as a hobby, at first.


Q: How did you end up choosing Pitt, then?


A: Well, I’m from West Chester, Pennsylvania, and I fell in love with Pitt’s campus on my first visit. I really liked the fact that it was still in-state but five hours away from home, and they had a great social work program, which is what I was looking for at the time.


Q: Not for dance or music.

A: Nope. I was locked into a five- or six-year social work program at Pitt when I first got there. I took one class and changed my mind [laughs]. I was like, “I believe in philanthropy, but I don’t know if I need to major in it to make a difference.” I thought I could use art instead to find ways to give back.


Q: So you switched over to a more creative major?


A: I took one class with Dana Och, Intro to Film Studies, and I was like, “Film studies is where I want to be, thanks!” I did some internships in London and New York in related areas during the rest of my time at Pitt and loved them.


Q: So you graduated from Pitt in what year, and with what majors?


A: I ended up with a Film Studies and Communication and Rhetoric double major, and a minor in dance. I graduated in 2011, which was right after the crash. We’d all done what we were told to, which was to go to school, get your scholarship, get your degree and you’ll be fine, and there just weren’t any jobs.


Q: Wow. Did the internships help with that at all?

A: I fully wanted to roll into working for MTV full time, and had an internship with them that had gone really well, but there were just no positions. They were cutting people left and right, but I knew I had to be in New York or LA. I liked New York much better — no offense, LA — so I moved here with two weeks of work booked as a brand ambassador for the U.S. Tennis Open. I eventually moved up in the ranks and started managing and producing live events, like launch parties, music festivals and conferences, and that became my day job.


Q: So how did music begin to factor into all of this?


A: Well, I was mainly focused on pursuing acting at the time. I was like [sarcastically], “Since there are no jobs in production, guess I have to be in front of the camera. What a shame!” Music was just a quiet hobby I kept mainly to myself.


Q: And that was going well until the pandemic?


A: Yeah! I had been working pretty consistently as an actress for the past three years or so, but then the pandemic hit and suddenly there were no jobs again, and lots of free time. I had actually amassed a binder full of songs I’d written over the years, and a business friend of mine took one look at them and pointed out that I was basically holding a binder full of money. She suggested that I try working as a songwriter, and I thought, “I guess so.”


Q: So you’d always been writing songs and just had these ready to go?


A: Well, I never really liked journaling, so I would always write songs and poems instead when I was a kid. If I was really angry or confused or I had just gone through a breakup, I’d write a song about it. It’s always been a form of therapy, and with so much free time on my hands during lockdown, I thought I’d give it a try professionally. I got Logic Pro X [music editing software] and got to work.


Q: So how does that happen?

A: Well it was just the craziest thing. One of my friend’s moms had heard the first two songs I released on Spotify. She is a big fan of the “Today” show and noticed that they’d started doing a segment called “Tomorrow’s Talent Today.” So I just threw the hashtag onto a couple of my videos on Instagram and didn’t expect anything, but then a “Today” show producer slid into my DMs [laughs].


Q: And asked you to be on the show, just like that?


A: Yeah, pretty much! They said they liked my story and were interested in having me play on that segment. I pulled together a couple of musician friends of mine and was like, “Hey, do you want to play on live TV with me?”


Q: That sounds incredibly stressful! How did you manage?


A: My mom at one point asked the same question, and I just told her that I must have been on autopilot. It sounds so stressful, but it was just so surreal to suddenly be playing the “Today” show that I didn’t have time to panic or overthink. I just wanted to have fun and enjoy the moment, and it came out sounding pretty great, too!


Q: Quite an introduction. So when the pandemic finally dies down, what’s your plan as far as your career?


A: I’d love to find a way to merge this new music thing with my acting career. I’m on the lookout for a music manager, and I’m working with my agent to find music-related roles and maybe a television show where I can be performing in front of the camera by day and working on the soundtrack at night. Something like that would be a dream.


Q: OK, so last question — do you have any advice for Pitt students going into creative fields like yours?


A: Be open to everything. Working in the entertainment industry means having a freelance career, and the benefit of that is you get to try a lot of things. Even if you’re not convinced it’s the right job for you, try it once, and if you don’t like it, don’t do it again. I think that’s what’s helped me land where I am now and really find what I’m passionate about, because I’ve tried everything. It takes a minute to find the right combination, but give everything a try. A lot of us do it. Don’t let anyone tell you, “It’s not a nine-to-five, you can’t.” Obviously, there’s an industry, there’s hundreds of thousands of people who make it work, so you can, too.