Opinion | If Biden continues to fail, a Trump-like figure may return to power 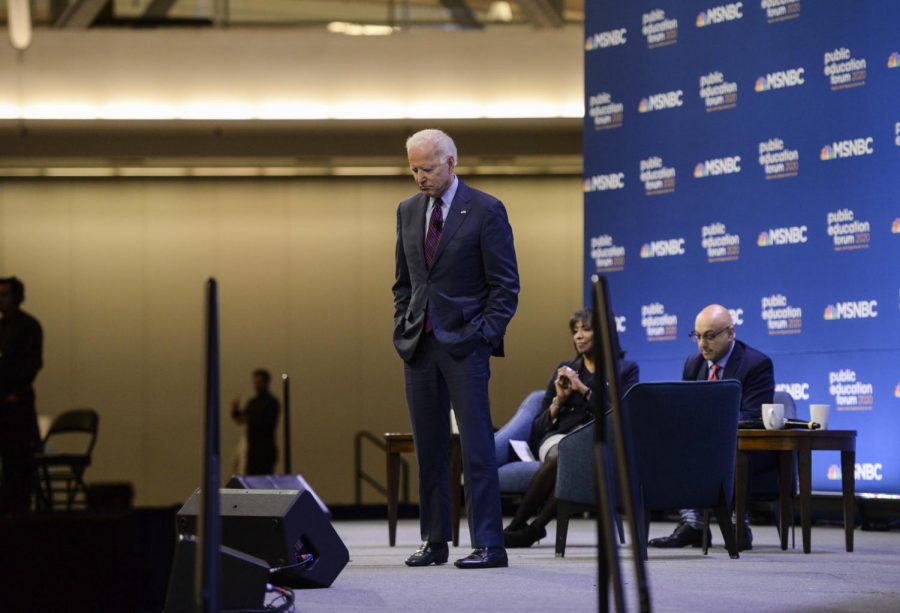 It’s a new dawn. It’s a new day. Donald Trump is out of the White House and the Democrats have control of Congress. America is back to being the best country in the world, right? Wrong!

Despite corporate America and liberals everywhere drooling over the prospect that American exceptionalism is alive and well again, the country is still in shambles — something that didn’t begin with Trump’s term and certainly didn’t end with it.

Trump’s presidency was a symptom of a much larger problem, and like any doctor will tell you, you can’t cure a disease by merely treating one symptom. This “disease” is a series of problems created by lazy, ineffectual and callous neoliberal leaders who have presided over America for the last 50 or so years. If President Joe Biden doesn’t make good on his campaign promises, he creates a good opportunity for another demagogue like Trump to hold office.

At the heart of these issues is the lack of sufficient economic opportunity for the working class. In order for Biden and the Democrats to effectively heal a tattered nation, they must provide universal economic relief to the masses. By doing so they will take the first steps to materially fix the lives of tens of millions of Americans who have been fractured by federal incompetence. I don’t know if this is what the Democrats will try to do — or even want to do — but this is what needs to be done in order to restore “the soul of the nation,” as Biden puts it. At the end of the day, no amount of pandering and word salad can fix “the soul of the nation” — only substantial action and policy can effectively fix a broken America.

Unfortunately, the Biden administration and Democrat-controlled Congress have already dropped the ball by failing to deliver $2,000 relief checks to millions of Americans. Biden and those canvassing in Georgia used the checks as the chief incentive for people to vote for them. In fact, they made a direct promise to send out these checks.

“If you send Jon and the Reverend to Washington, those $2,000 checks will go out the door, restoring hope and decency and honor for so many people who are struggling right now,” Biden said at a rally at Georgia State University. “And if you send Perdue and Loeffler back to Washington, those checks will never get there. It’s just that simple. The power is literally in your hands.”

As it turns out, though, Biden and the Democrats who promised such relief lied through their teeth. The checks in question only amount to $1,400. In a gross attempt to save face, Biden acted like he meant $2,000 total, which included the $1,400 checks plus the previous $600 checks.

“We will finish the job of getting a total of $2,000 in cash relief to people who need it the most,” Biden said during a speech last Thursday. This rhetoric clearly doesn’t match up with what he promised Georgian voters.

Now, this wasn’t a scheme cooked up by all of the Democrats, as representatives Ilhan Omar, Alexandria Ocasio-Cortez and Cori Bush have denounced the move. Regardless, Biden and the newly elected Georgia senators — Raphael Warnock and Jon Ossoff — look bad for lying to millions of Americans.

This is exactly the type of callous and despicable behavior that allowed a demagogue like Trump to get elected in the first place. When 2024 rolls around, I’m sure many voters will remember these lies when they are deciding who to vote for — if they vote at all.

Biden made a mistake by not making the upcoming stimulus checks universal. In the past, those who made more than $99,000 weren’t eligible to receive a check, even though it would have been beneficial for them. Even for the expanded group of people who do qualify for the third check, it might not be enough, as it’s almost been a year since mass layoffs began and some jobs started permanently disappearing. Another mistake was obviously lying to the people he’s supposed to be helping. Elected officials are public servants, but it often seems like we serve them more than they serve us. If they truly served us — like they are supposed to — the upcoming checks would be for a minimum of $2,000, as originally promised.

When you toy with the emotions of countless individuals like Biden did, some vote for people like Trump because they feel they have no other option. The massive amount of political energy created by Trump isn’t going anywhere, and perhaps that coalition could even mount a serious challenge for the White House in 2024 if the Democrats continue to screw over the American people.

Every Biden screw-up is making the possibility of a demagogue gaining office more and more likely. For those that don’t understand why people would vote for someone like Trump, I will do my best to explain. If your needs are not met — if you’re unable to pay bills, lacking health care or struggling to find a good job — you realize that the political establishment won’t fight for you. One of the brilliant things Trump did while running in 2016 was identify the fact that many people were hurting economically. For example, he promised to end trade deals, like NAFTA, that outsourced millions of jobs and bring the jobs back to the United States.

Over the last four years, we found out that Trump was lying compulsively. But before 2016, we had no idea how he would govern. We knew that Democrats like Hilary Clinton and Joe Biden wouldn’t fight for regular, working-class folks because of their corporate loyalties. The stimulus check fiasco has since reinforced this notion. But Trump was new. He was an outsider. To working-class people who just want to get by, an outsider has the advantage of changing the status quo and offering something new. This is all the more reason that people may abandon the Democratic Party after Biden’s term.

The status quo was failing tens of millions of Americans. Why should they go to the polls to vote for a corporate shill like Clinton or Biden? Many people were willing to look past Trump’s xenophobia and his racist rhetoric because he promised to fix the economic failures caused by “status-quo” politics. Of course, he didn’t do that, but he opened the door for other business leaders, celebrities and non-politicians — good or bad — to gain power. And right now, the current administration is not doing its job, which might be enough to give someone like Trump the platform to gain power in 2024.

Ethan Tessler is a senior and writes about issues that don’t seem to be at the forefront of media attention. If you enjoyed the column, hated it or have any other thoughts, write to him at [email protected]