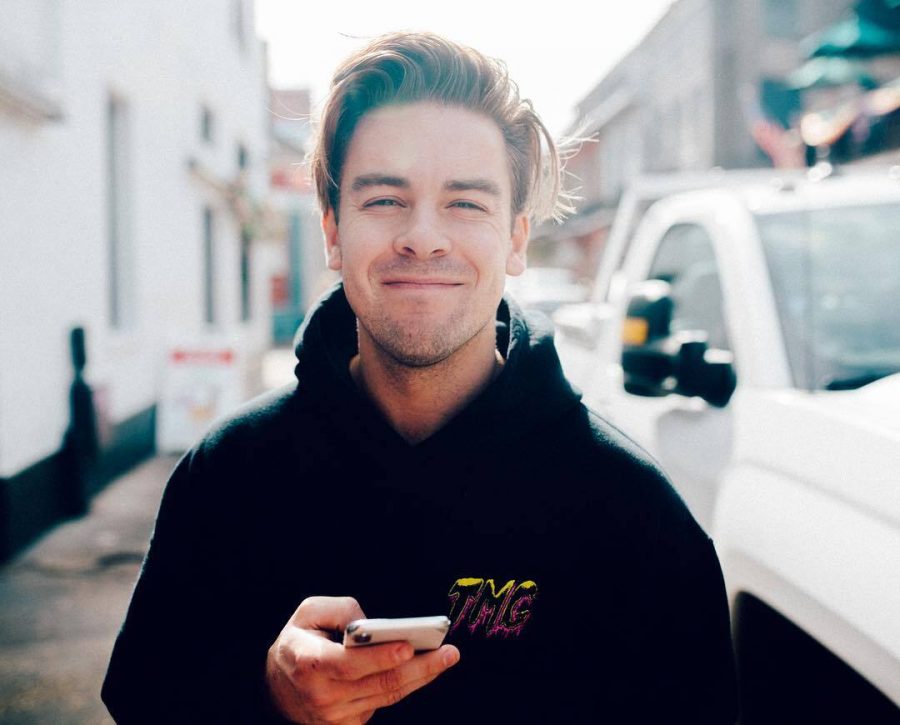 Rapper and comedian Cody Ko joined Pitt Program Council in a Zoom event Thursday night, during which he answered students’ questions about YouTube, music and making content during the COVID-19 pandemic.

Cody Ko made his first Vines while working full time at a software company, where he developed apps for social media influencers. He also experienced some of his first encounters with fans asking for pictures while on a walk with his boss.

Although Vine shut down in 2017, Ko now has more than 5 million subscribers on YouTube, performs alongside Noel Miller as the rap duo Tiny Meat Gang and sells novelty mugs online. The rapper and comedian joined Pitt Program Council in a Zoom event Thursday night, during which he answered students’ questions about YouTube, music and making content during the COVID-19 pandemic. Quincey Johnston, PPC’s lecture director and a junior majoring in chemistry, hosted the event.

Ko, whose given name is Cody Kolodziejzyk, said the incident with his fans and his boss made him realize the difficulty of maintaining both a tech career and a growing social media following. Although he no longer works in tech, Ko said his experience writing code helped him quickly gain the practical production skills he needed for Vine and YouTube.

“That’s how I taught myself to edit everything. It’s because I coded,” Ko said. “Now I want to figure out how everything works and what makes everything come to life. And so I think that’s really benefited me, because we’ve grown everything from the ground up.”

While Ko’s career started on Vine, he now makes content on a range of media and platforms — from videos on YouTube and TikTok, to music and podcasts on Spotify. According to Ko, he’s noticed that fans have become less loyal to specific platforms and more loyal to individual creators.

“They care about who they like to watch and who they believe in,” Ko said. “People are super loyal to the people they like watching, and I am too. I feel like that’s the future. It’s not only going to be about content anymore.”

Ko and Noel Miller started releasing music under the name Tiny Meat Gang in 2017, but according to Ko, the duo hadn’t considered doing music seriously until producer Diamond Pistols reached out to them about recording an EP.

“We were just messing around for a lot of the time, and then Diamond Pistols hit us up,” Ko said. “He was like, ‘Let me do your next song.’ I was like, ‘I don’t know who you are or what you do, but it’s worth a try.’”

Ko said he relied heavily on Auto-Tune to record his songs, which caused him problems when it came time to record a video for “short kings anthem” with rapper blackbear on a microphone without Auto-Tune.

Johnston also read a question from Nandita Mahesh, a sophomore marketing major, asking which of Ko’s videos was his favorite to film. Ko recalled the process of filming a video with Miller called “THAT’S CRINGE: you.” as part of a series in which the pair provides commentary on other YouTube videos.

They lost part of the footage from that video and had to resort to laying stock images over audio, which Ko said adds to his experience rewatching the video.

“When I watch that back, I can feel the energy. It’s fun,” Ko said. “The best part is we lost the footage. We didn’t have it cuz my camera died. And so I had to put these images — stock images — over top, which makes it even funnier when I’m watching it back.”

Mahesh said she appreciated the opportunity to hear Ko, whom she’s followed for years, answer her questions.

“I’ve been following Cody for about five years now,” Mahesh said. “Being fully online has its disadvantages, but being able to go to events like this is super fun, and the fact that Cody has said my name — and nickname that I go by — is something I will never forget.”

Danielle Moss, PPC’s public relations director, said PPC hoped the Q&A would resonate with students who, like Mahesh, were familiar with Ko’s work.

“I think a lot of students find him funny and entertaining, and are excited that with his popularity he gets to talk to Pitt students,” Moss, a senior neuroscience major, said.

Ko left the event by advising students to “take calculated risks” with their careers — something which he credited with his successful transition into entertainment.