Steelworkers calls on Pitt to ‘end its anti-union campaign’ against faculty, grad students 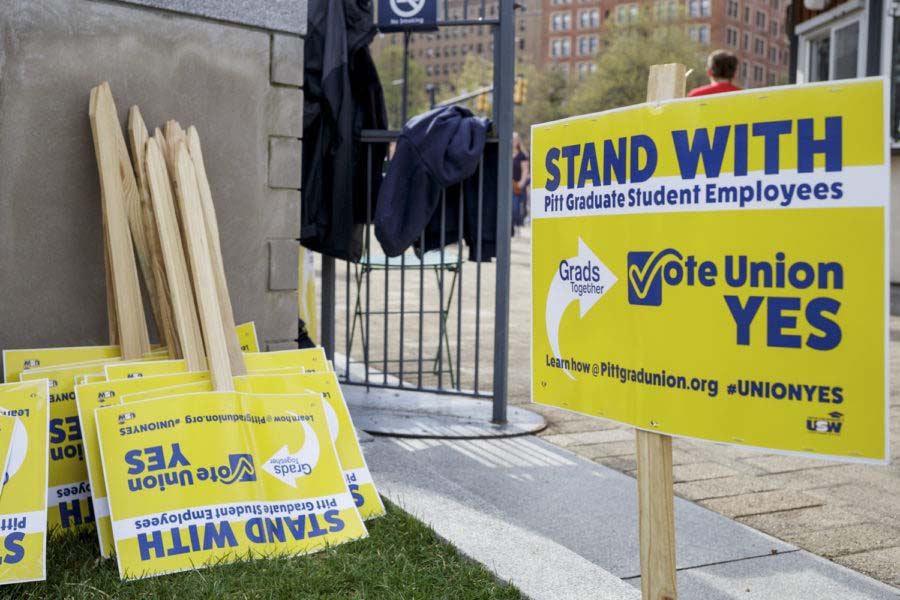 The United Steelworkers union is calling on Pitt to “end its anti-union campaign” against the efforts by faculty and grad students to unionize at the University.

The call comes after financial disclosure reports obtained by The Pitt News showed that the University has now paid more than $2.1 million to Ballard Spahr, a Philadelphia-based “union avoidance” law firm, since the two unionization efforts began in 2016. Pitt’s Office of University Counsel paid the firm $881,069 in legal support fees between July 1, 2019, and June 30, 2020.

Melinda Ciccocioppo, a psychology lecturer, said in a press release that “it’s long past time for the University to end its union-busting efforts.”

“It’s unconscionable that Pitt accepts millions in Pennsylvania taxpayer dollars while in turn spending millions of dollars to prevent its own employees from having a voice on the job,” Ciccocioppo said.

Pitt spokesperson Kevin Zwick said in a statement that Pitt continues to “work directly” with all graduate students and faculty members and will “remain committed to supporting their educational and professional successes,” no matter the outcome of unionization efforts.

“The University has followed the process laid out by the PLRB rules and has sought to ensure that all eligible voters are included in the process and people have the opportunity to make informed choices on these important decisions,” Zwick said.

Faculty and graduate students have made some advancements on their respective unionization campaigns during the time the payments were made. A state labor board official ruled last June that Pitt’s list of union-eligible faculty was “factually and legally inaccurate,” following hearings and a Pitt News investigation that showed the University had included hundreds of administrators and retired faculty on the list.

The graduate student campaign is currently in limbo as appeals are still pending from the April 2019 vote against unionization, which failed by 37 votes. The three-person state labor board has yet to weigh in on a proposed ruling issued in fall 2019 that said Pitt had committed “unfair labor practices” and ordered a new election.

Kim Garrett, a union organizer and Ph.D. candidate in the School of Public Health’s department of environmental and occupational health, said in a press release that the payments to Ballard Spahr were “shameful.”

“Allowing the University’s work force to have a voice in the decision-making processes that affect their lives and the lives of students would be a win-win for everyone on campus,” Garrett said. “It’s shameful that the University is spending that $2 million-plus to silence students and faculty instead of using it to improve their lives.”