Editorial | As COVID-19 numbers fall, keep your guard up 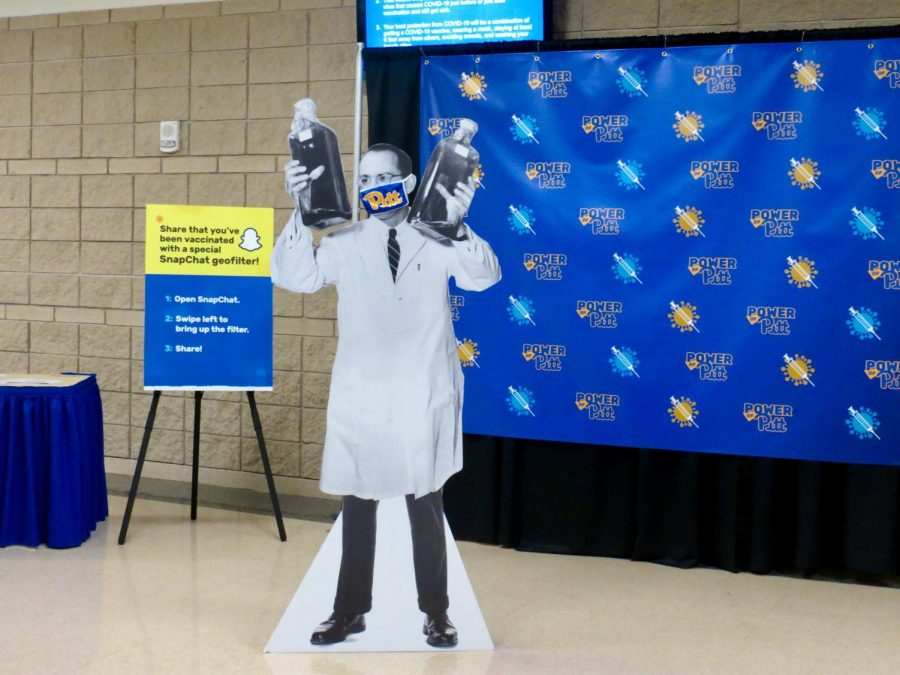 A cardboard cutout of Jonas Salk, inventor of the polio vaccine, stands in the Petersen Events Center on the first day of COVID vaccine administration.

Although they still remain astronomically high, COVID-19 numbers are finally decreasing significantly in the United States.

Compared to nationwide numbers three weeks ago, cases are down 40%. Allegheny County is also seeing a sharp decrease in case numbers. Daily new cases have remained below the 500 mark for almost two weeks now — a major improvement from mid-December, when the county averaged nearly 1,000 new cases per day.

Needless to say, as a country and as a county, we’re making a lot of progress. The decrease in cases, alongside vaccine rollout, is especially encouraging. But even so, new and concerning COVID-19 variants are emerging, and vaccine rollout, though hopeful, is taking far longer than expected. In the meantime, we’ve got to continue doing our part and stay home — and get the vaccine when we’re eligible. We can’t let our guards down yet.

While the virus has mutated a number of times, there are a string of new variants emerging that have experts particularly concerned. One is the B.1.1.7 variant, which has wreaked havoc in Britain. B.1.1.7 is significantly more contagious than other variants, though there’s no evidence that it causes the infected person to become sicker, and it does not reduce vaccine efficacy. The variant was first detected in the United States in December, and the CDC issued a warning recently that this B.1.1.7 variant could become the dominant variant by March. But additional new variants are cause for more concern.

In South Africa, a mutation known as B.1.351 is dominating the country, and causing cases to soar. This variant is also extremely contagious, and additionally seems to be reducing vaccine efficacy. Johnson & Johnson announced on Friday that their one-shot vaccine was 72% effective in the United States, but only 57% effective in South Africa. Scientists are concerned that the Moderna and Pfizer vaccines — the only approved vaccines in the United States — might also be less effective with B.1.351. A variant which originated in Brazil, P.1, has raised similar concerns regarding vaccine efficacy. Both B.1.351 and P.1 have been detected in the United States.

Dr. Anthony Fauci, the director of the National Institute of Allergy and Infectious Diseases, said last week that if the United States ramps up its vaccination speed, it will likely minimize the damage of the new variants. Though vaccination rollout is inconsistent and slower than health experts hoped for originally, President Joe Biden and his COVID-19 team are working diligently to give 100 million to 150 million vaccinations by his 100th day in office. That goal is ambitious, experts say, but definitely possible. It’s also likely that a handful of vaccines will be approved for use in the coming months, which will further ramp up vaccination speed. This includes the Johnson & Johnson vaccine, which could be approved as soon as mid-February. If the United States stays on track and manages to vaccinate 75% to 80% of the population by the end of the summer, Dr. Fauci said, we could see a return to relative normalcy by this fall.

But until then, it’s up to all of us to continue taking precautions — not to let our guards down, especially with the new variants circulating. The New York Times still flags Allegheny County’s COVID-19 risk level as “very high.” As students return to campus, it’s essential to keep COVID-19 pods small and limit non-essential trips and activities. Far better days, it seems, are in sight. But until then, we’ve got to hold on and keep one another safe.