Opinion | Black is not a bad word 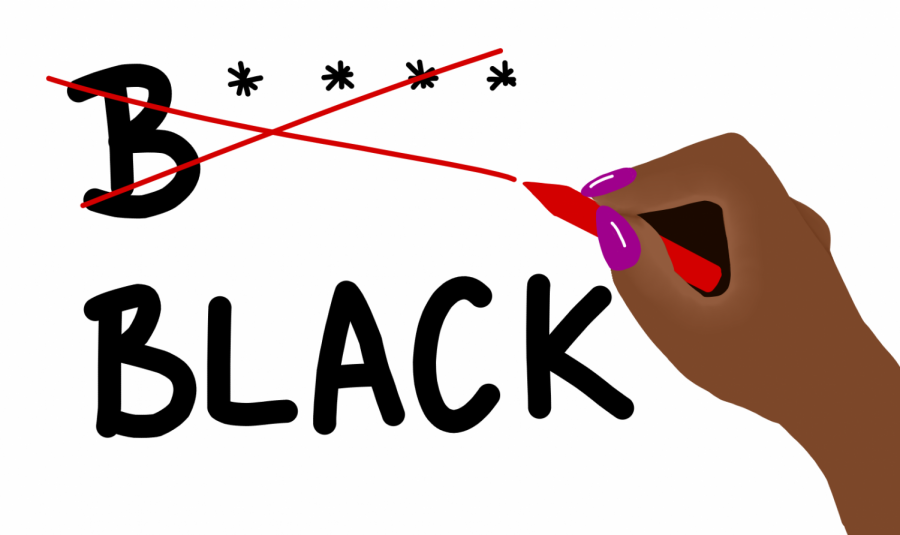 To begin, let me announce that I am Black. Blackitty Black. I have to hold my ears down when getting my hair combed — Black. I have no issues with being called dark or African-American, but I prefer Black, and there is nothing wrong with that. Growing up, people made me feel like I had to be ashamed for being Black and having darker skin, but there is nothing to be ashamed of. I just produce a great amount of melanin, and I am grateful for that. Black has a bad rep, and I am here to clear its name.

Black has been used with weak symbolic representation that contributes to its association with badness. When we think of people being morally corrupt, we say that their soul is blackened. In shows or movies, they often depict the evil characters dressed in black or dark colors. We could use Disney as a case study — Maleficent, Ursula, Cruella de Vil, even Scar are all dressed in black or have black features. We are socialized to think that black is bad, sorrowful even — this is why at funerals everyone dresses in black. Studies have shown that it’s gotten to the point that people ascribe darker skin to a higher likeliness of committing violence. This phenomenon is called the “bad is black” effect. Not only is it problematic, but it is harmful towards Black people because it characterizes a feature they cannot control as a social opposition, aggression.

We need to begin to challenge this association between color and emotion, especially for black. I believe Alain Badiou does a great job of challenging our beliefs in his book “Black: The Brilliance of a Non-Color.” In the book, Badiou makes a point that contradicts our perceived notion of black being corrupt.

“Scientists confirm it: black is not a color … There’s no light, there’s no color … Black is passive negation … [while white is] the combined, confused sum of all possible colors. Black is the absence of color, while white is the impure mixture of all the colors,” Badiou writes.

This perspective challenges everything we know. The way in which Badiou pursues color suggests that black is pure, while white is confused and impure. Now imagine being socialized to think this way. Whiteness would be associated with impurity and confusion. Would you value any scholar who was white if you were conditioned to believe that they were confused? You may give them a chance after decades of corrections, but there will always be a subconscious bias that exists and would affect being hired at a job or getting into university. Perhaps this perspective awakens you to the daily experience of Black people.

It is important to examine the origin of discomfort for Black people. With identity politics in mind, people try not to use any language that may get them “cancelled.” Thus, they avoid trigger words that are sensitive to backlash. Instead of saying Black, they will say African American. Although African American may sound academically and politically correct and appraised, it can be incorrect. There are Black people who are not American. Also, the generalized use of “African” has to do with slave “culture” and the inability to trace the lineage of enslaved persons. There are people who know where they are from and have strong roots in their culture. Not only is it simply inaccurate to refer to them as African American, but it excludes the Black Experience. Being Black doesn’t rely on the origin of Black you are, but the collective affairs that Black people endure.

Many people think of Black as a bad or dirty word. It is this discomfort that brought about the phrase “People of Color,” or POC. “People of Color” is meant to be endearing and emphasize the existence of non-white people across the board. The problem is that there are Black issues which are exclusive to Black people. There are also some POC who condone Anti-Black racism. “People of Color” does not work when referring to Black people. People need to get over themselves. Their discomfort is muffling Black issues.

If you would like to learn more about his topic, you can find an informative Twitter thread here.