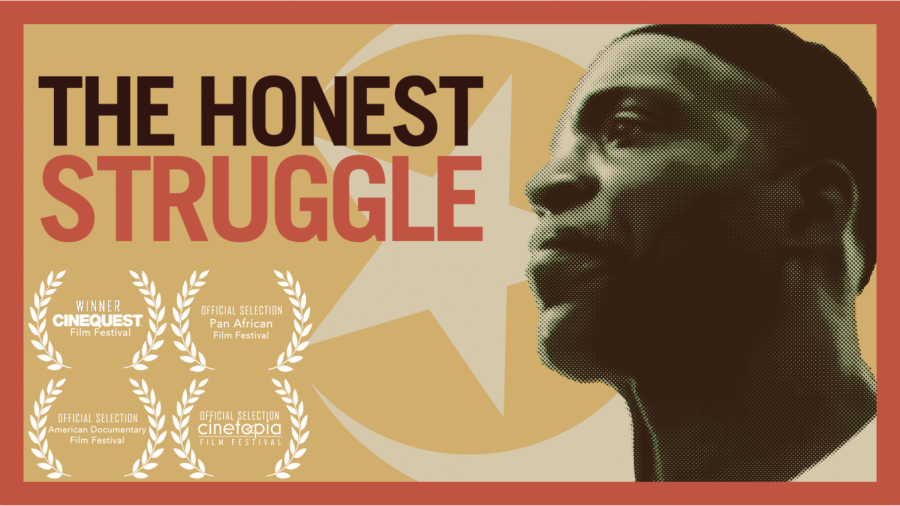 Image via The Honest Struggle

“The Honest Struggle,” a 2017 documentary currently available on Amazon Prime, chronicles Sadiq Davis’ experiences as a formerly incarcerated person and his reassimilation into society. The Pitt jazz studies program will present a two-day event Thursday and Friday centered on the film and its themes.

Sadiq Davis, a musician and Muslim convert, chose his name, which means “truthful,” upon being released from prison as a promise to stay true to himself. Davis, seven years after his release, is now a successful musician, business-owner and motivational speaker.

“The Honest Struggle,” a 2017 documentary by director Justin Mashouf, chronicles Davis’ experiences as a formerly incarcerated person and his reassimilation into society. The Pitt Jazz program, in collaboration with City of Asylum, will present a two-day event this week centered on the film and its themes.

The program will offer a free live screening of the documentary Thursday, while Friday will feature a panel discussion with Mashouf and Davis, alongside Richard Garland, the director of Pitt’s Reimagine Re-entry program, and James Badue-El, the founder of the People’s Right to Obtain Our Freedom. A musical performance by Davis and Aquilla Sadalia will follow the panel.

The Pitt jazz studies department features jazz artists every year for Black History Month to celebrate the roots of jazz in African American culture. According to Nicole Mitchell Gantt, the William S. Dietrich II Endowed Chair in Jazz Studies, the department asked Davis to perform this year after hearing about his journey and relationship with music. Gantt said she considered Davis’ story to be especially poignant due to growing national attention on racism against Black people in the criminal justice system.

“We wanted to feature an artist who can illuminate aspects of Black life that are still a challenge in today’s times, especially in light of the Black Lives Matter movement,” Gantt said. “Sadiq Davis brings such a message, expressing resilience as an artist who works to uplift and inspire others through his music, even after living decades in the prison system.”

The film, currently available on Amazon Prime, explores Davis’ identity as a Muslim convert, a musician and a man recently released from prison. It confronts the institutional challenges the previously incarcerated, and previously incarcerated people from the Black community in particular, face on a daily basis.

Much of Davis’ music is inspired by his relationship with Islam. He converted while serving time in prison, and cites the religion as a large factor in his self-development. After his release, the Inner-City Muslim Action Network provided Davis with housing and other services.

More than 90% of incarcerated Muslims in the United States convert during their period of incarceration. Many of those converts are African American, who upon release have continued to be active within Islamic communities and services. The percentage of Black converts to Islam in prison is increasing, and Mashouf said he believes Islam appeals to Black people affected by the justice system because it represents a spiritual practice apart from whiteness.

“Islam specifically gives particularly men and women of color a certain de-colonial de-centering of whiteness and of Europe that, in many ways, has affected the self-esteem of people,” Mashouf said.

In addition to Davis’ connection to Islam, Mashouf said he was also determined to incorporate Davis’ passionate relationship with music into the film. Davis and his wife, Aquilla Sadalia, will be featured on a pre-recorded performance after the streaming of the film on Thursday, performing original music inspired by Islam in the style of soul and jazz.

“I knew I wanted a section of the film of him in his raw element and performing. Out of nowhere, he would often just start singing,” Mashouf said. “I think music was a big part of his healing process.”

Davis’ story highlights flaws within the American prison and judicial systems, especially with their ability to reeducate and rehabilitate previously incarcerated people. As of 2005, 77% of those recently released are rearrested within five years out of prison.

Garland, who was also previously incarcerated, said he believes Davis’ story is important as an example of a successful story of an incarcerated person readjusting to society. He also said it emphasizes the need for more programs both in and out of prison to help prisoners develop skills while serving time to be competitive in the job market upon release.

“I want more apprenticeship programs in the penitentiary to learn a skill so that they can come home and be productive citizens,” Garland said. “I think if they learn a skill they can walk right into when they leave, we can stop recidivism.”

Mashouf also said he thinks the film can provide those in prison hope that they can lead a successful and happy life upon being released. According to Mashouf, he and his team have been active in trying to get the film to be screened in prisons across the country. The film is currently on the viewing systems of all of the male prisons in Indiana.

“So many prison chaplains have told us that it is really a great depiction of life on the outside as it shows there is great promise and hope in being released, but there is also a struggle ahead of you and that it is important to prepare for that step,” Mashouf said.

Garland said for himself and many other previously incarcerated people working in prison reform, there is hope that, through reformation of the prison system from the inside and the current efforts of youth advocates, the system will change for the better.

“Some of the most intelligent people I know are behind those walls, and if they are given an opportunity, they can change the system. And because of the way the world is now and the way young people are rallying up against the things the older generation did, they want change,” Garland said. “I believe in young people. I believe young people are going to be the ones to change the world.”

A previous version of this story quoted Mashouf as saying Islam gives men and women of color a “deep colonial de-centering of whiteness.” The phrase “deep colonial” was a misquote of “de-colonial.” The article has been updated to reflect this change. The Pitt News regrets this error.