Opinion | Historical sex euphemisms we need to bring back 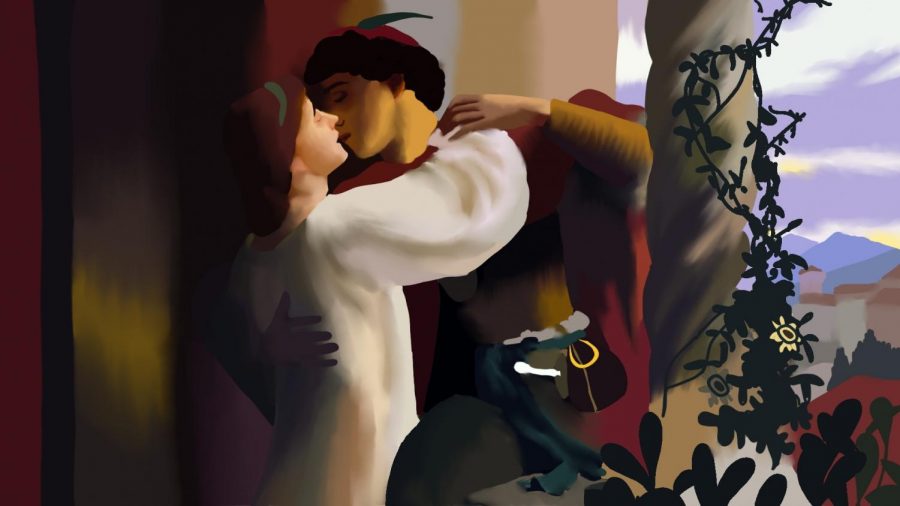 Slang is a beautiful thing that makes my little linguistics-loving heart very very happy. Today we have all sorts of words that we use to describe sex, from the classic “f—ing,” to screwing to banging. The word “f—” as a verb relating to sexual intercourse was first used in 1508, and the words “sexual intercourse” weren’t used until 1753. “Copulation” predates both with its first use being in 1483.

But that all begs the question, what the hell did we say before those words became commonplace in our vernacular? What if “copulation” just seemed too formal for the moment? I decided to look deeper into these questions and pick my favorite euphemisms for sex.

Doing it on the grass. I can only imagine the grass stains. Lawns didn’t exist yet in the 14th century, so I can only assume these events occurred in public and private parks.

I don’t know if Megan Thee Stallion and Cardi B knew about the historical use of the word WAP to mean sexual intercourse, but if they did, the pun is incredibly well thought out and I applaud them both. Not only might they have known about it, but they’ve performed the linguistic feat of bringing back slang from the 1500s!

Too bad goth subculture wasn’t a thing yet, because this one is perfect to seduce the goth girlfriend we’ve all dreamed about. Thanks to the Egyptians, we know black lipstick has been around since 4000 BC, so I guess that was as close as a lady from the 1500s could get to today’s goth.

Today, any woman would immediately vacate the premises if a man told her he wanted to “stab” her. In the late 1500s, though, stabbing was a euphemism for having sex. It was so common in fact that it is thought that the entire scene in Shakespeare’s “Romeo and Juliet” in which our star crossed lovers kill themselves is just one giant Latin sex pun. “O, happy dagger! This is thy sheath. There rust, and let me die” takes on a whole new meaning — the word “die” being a euphemism for orgasm. Now just imagine a crowd of people at the globe theater laughing at the pun while Romeo and Juliet die on stage.

In this case, hogshead does not mean the head of a pig — it is a large measure of wine or liquor. To drink from it, one needed to pierce it with a knife. More stabbing!

Grope for trout in a peculiar river (early 1600s)

I literally have no idea what this means, and honestly I’m okay with that. It’s just utterly hilarious. A salad. I mean eating your vegetables is important, but this is a bit overboard.

Meaning cowgirl, or girl-on-top sex. St. George was not a cowgirl, but he did ride a dragon, and that is just so much cooler.

All of Rome? Why not just say the Vatican? It just seems like a little much. The 1700s was apparently prime time to spread Catholicism all over the globe, and I guess also to spread legs.

Bushy Park is a real park in London, and was used in the 1700s as a common place to meet up with prostitutes or secret lovers. I’m not sure if people were given the green gown here or if they went somewhere else to do the deed.

This is just an elaborate way of saying you want to make a baby. If you want to be really creepy, this one’s for you.