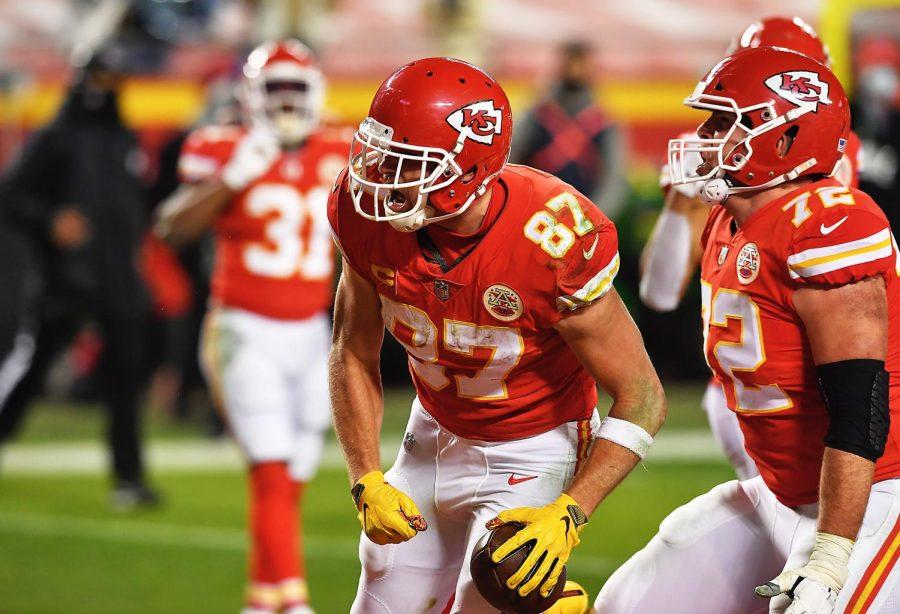 Journalist Vincent Schilling from the Mohawk Tribe has called upon the Kansas City Chiefs to change their name.

We all had a nice laugh at the Washington Football Team for deciding to change their name to something that could only be described as the bare bones of what a team name can be. They are currently in the process of finding a new moniker, but the initial change was a monumental move in the sports world, despite the fact that it should’ve happened years ago.

Team owner Dan Snyder was adamant about keeping the original name for years. In 2013, he told a reporter to use all caps to express that the team would “NEVER” change the name. He eventually caved in July 2020 when several of his sponsors pulled out of their deals, prefaced by the police killings of several unarmed Black people and subsequent nationwide Black Lives Matter protests.

But there are still teams with controversial names, and they must follow Washington’s example, regardless of any obstacles. The centuries of oppression that Native Americans have endured is reason enough.

The WFT’s previous name — which will not be used, because no one should use it — is defined by Merriam-Webster as “an insulting and contemptuous term for an American Indian.” The name had stuck since the team’s days in Boston over 80 years ago, despite several attempts to change the name by the National Congress of American Indians.

In its 2013 report titled “Ending the Legacy of Racism in Sports & the Era of Harmful “Indian” Sports Mascots,” the NCAI called on the NFL and several other leagues to completely remove any remaining “Indian”-based team names.

Pro teams like MLB’s Cleveland and the Canadian Football League’s Edmonton franchises have dropped their previously controversial names. But there are three teams that are at the forefront of the name-change discussions — baseball’s Atlanta Braves, football’s Kansas City Chiefs and hockey’s Chicago Blackhawks. All three have histories of allegedly offensive names, logos or both, and all three are keen on keeping their names.

The Blackhawks were named after the 86th Infantry Division in World War II, which in turn was named after a Native American chief. Team CEO Danny Wirtz has made it clear that the ‘Hawks will not change their name, despite the changes to the WFT and the Cleveland MLB franchise.

The Blackhawks have placed a ban on Native-styled headdresses at home games. But the American Indian Center of Chicago argued that the team should still remove the logo and change their name.

“For us, that’s one of our grandfathers,” Joe Podlasek, the organization’s executive director, said. “Would you do that with your grandfather’s picture? Take it and throw it on a rug? Walk on it and dance on it?”

The division-rival Winnipeg Jets also banned headdresses at their arena after a fan complained about a Chicago fan who wore one at a Jets home game. This took place five years before the Blackhawks announced their ban.

Another team that banned headdresses at games is the Kansas City Chiefs, the back-to-back AFC champions. While Kansas City has used their current logo — a simple arrowhead with the city initials inside — for most of their history, their previous logo was less endearing. But the name has stuck, and journalist Vincent Schilling, of the Mohawk Tribe, has called upon the team to remove the name and all that it stands for.

Schilling has said the fanfare is what concerns him more than the actual name — a cheerleader riding on a horse named “Warpaint,” another person banging a large Native American-style drum and the “Tomahawk Chop.” Some fans argue that the Chiefs can keep their name if they steer away from the fanfare, and they are committed to doing that, according to a team statement. This is perhaps the best solution right now, as the team hasn’t faced nearly the amount of pressure that Washington has to change their name.

Finally, the Atlanta Braves’ situation is perhaps the trickiest, as the team has been called the Braves since its inception in Boston. Terry McGuirk, the team’s top executive, has stated that the Braves will remain the Braves and is steadfast in keeping the name. Of the many opposers, the Buccafusco brothers, Marty and Chris, have created “Bravest ATL,” a movement that wants to rename the team “The Bravest,” in honor of Atlanta firefighters.

While Atlanta ownership is rigid in their defense of the team name, one item of interest to many protesters is almost just as bad — the ever-infamous Tomahawk Chop.

The same one that Chiefs fans perform, the Chop has been linked to the Braves since 1991, and it’s usually accompanied by thousands of foam tomahawk axes. James Floyd, the principal chief of the Muscogee Nation, said the chop is “not an appropriate acknowledgment of tribal tradition or culture.”

“It reduces Native Americans to a caricature and minimizes the contributions of Native peoples as equal citizens and human beings,” Floyd said.

The Braves have never encouraged the chop, but they have never banned it outright either. They have “reduced” it after Cardinals pitcher and Cherokee nation member Ryan Helsley criticized its use in a 2019 playoff game.

The common thread with most of these teams, and especially the last three, are that they are all owned by white men. In 2021, the voices of Indigenous people are being ignored, undermined and silenced when going up against billion-dollar business interests. Teams that stubbornly defend their names, despite several Native American tribes and advocacy groups telling them to remove said names, is a prime example of this silencing.

These owners can claim positive history with these names, because they have not experienced the harsh repercussions associated with those names. And while the team may have a storied history — each has a number of championships and several hall of famers — the names’ histories are ones that are overwhelmingly negative, and harmful to Native American communities. Fans and executives must ask themselves if they’re defending the name’s history, or the team’s history.

Owners must listen to and lift up the voices of Native Americans and First Nation peoples, and they must remove names that might be deemed offensive by those groups of people. If they can ban headdresses, they can change their team’s name. The Washington Football Team took a giant step in ending this era of historically offensive and racist names, but Snyder only caved because of his lost sponsors and the current wave of anti-racist protests.

Changing names won’t correct the centuries of injustice, but if these teams can do the deed, it’s a step in the right direction.