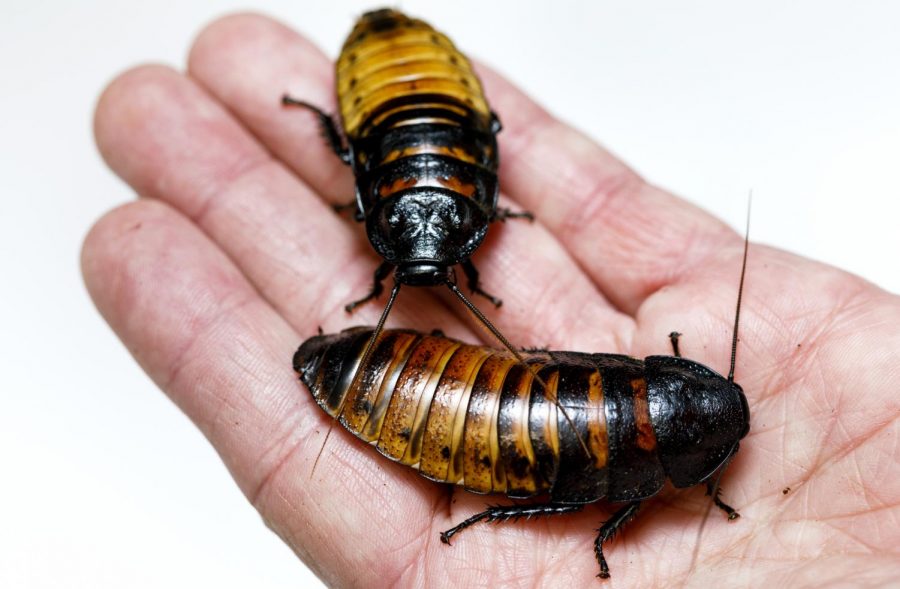 The bad news is that we’re not even halfway through the semester yet and you’re already behind in every class and you haven’t gotten more than five hours of sleep in about two weeks. But the good news is, for $5 on Valentines Day, you can name a cockroach after your ex, and the San Antonio Zoo will feed it to a bird, reptile or mammal. It’s called the “Cry Me a Cockroach” event, and it pairs quite well with The Pitt News’ Sex Edition, we’ve heard. Anyway, we’re not into roasting our exes — at least publicly — here at The Pitt News. But we have come up with a few other things we’d name the roaches.

In your childhood bedroom, with your parents running around the house, and your dog barking in the background. Imagine if someone said this to you a year ago.

The only light in your bedroom burned out three months ago, and everytime you turn your oven on, the smoke alarm starts blaring. Also, the part of your ceiling that caved in doesn’t look “that bad,” and your $750 rent check is due. Need we say more?

We were going to write a haiku about the garbage we’ve seen in South Oakland, but we’re just too tired. So here’s a list with no syllable pattern:

We’ve gotten actual hate mail before about The Pitt News not using the Oxford comma. We’re sorry, it’s not our choice. It’s what AP Style says, and AP Style wears the pants in this relationship.

If you do the math, you’ve probably lost an entire month of your life just waiting for a Towers elevator to come. There are three, but one is often broken, and then Pitt fixes it, but another one breaks. It’s like whack-a-mole. They also seem to stop on every single floor.

Pittsburgh snow is something you love in the moment, but hate the next morning when the sidewalks turn into a sheet of ice and are “plowed” only by way of other people’s footprints.

For $24 million — give or take — Pitt will feed the capital budget to the unnecessary campus construction project of your choice.

Now we will write an actual Haiku:

We are still not convinced that Zoom bombers are prevalent enough for teachers to require a 30-digit or a supposedly witty-but-not-really-witty passcode on the Zoom class. And if we were a Zoom bomber, Duo Mobile would be enough to make us give up.

We’re just gonna leave it here. Interpret it however you like.