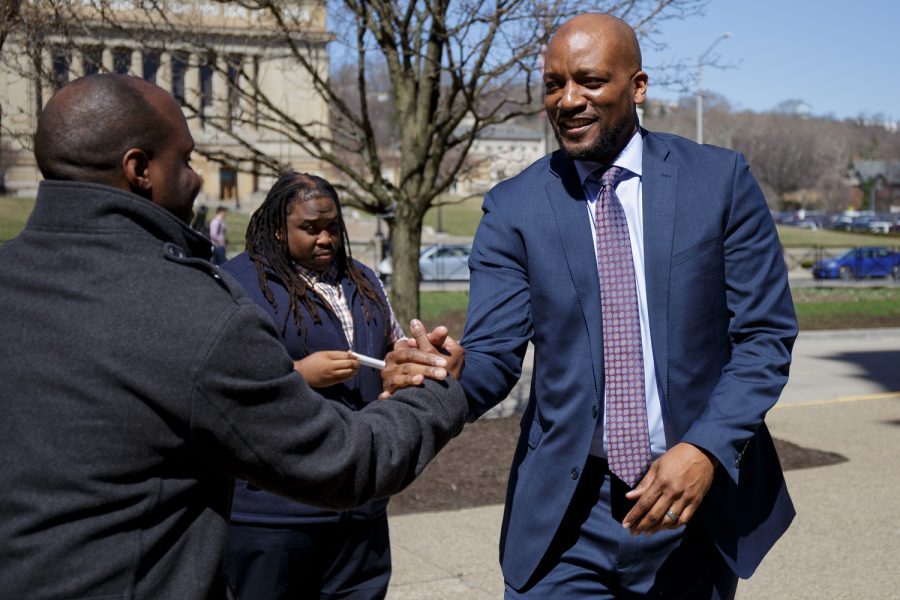 Pitt is splitting senior administrator Kenyon Bonner’s role as vice provost and dean of students into two separate jobs, which would allow him to “collaborate and advise leaders across the University in all areas of the student experience,” the University announced in a Friday afternoon press release.

Bonner will now hold the new role of vice provost for student affairs, in which he will oversee a separated dean of students position, which will directly lead Student Affairs. Besides supervising Student Affairs, Bonner’s new role will land him on Chancellor Patrick Gallagher’s Senior Leadership Team and also make him the liaison for Student Affairs departments at Pitt’s four branch campuses.

Bonner said he is excited about the new position and the expanding of Student Affairs’ role on campus. He joined Student Affairs in 2004 and has led the division since 2015.

“I look forward to guiding this revisioning of Student Affairs. I know there is much opportunity ahead,” Bonner said. “I believe that my vantage point in this new role will benefit students across all Pitt campuses and allow the University to offer an even more robust student experience to them.”

Bonner will step back from his role of dean of students once the University finds a replacement, according to the press release. Pitt will begin a national search in the coming weeks, and Marc Harding, vice provost for enrollment, will chair a search committee.

Gallagher said Pitt’s success is “intricately linked” to student success, both on campus and after graduation.

“No one understands this relationship better than Kenyon, who has dedicated his career to supporting the important work of educating tomorrow’s leaders,” Gallagher said.

“His passionate dedication, empathy and tireless work on behalf of Pitt’s students is not only well-known but game-changing,” Cudd said. “As he continues to lead Student Affairs, I know that he will do so in ways that will continue to transform the University for the better.”