Opinion | American politics are turning us into pessimists 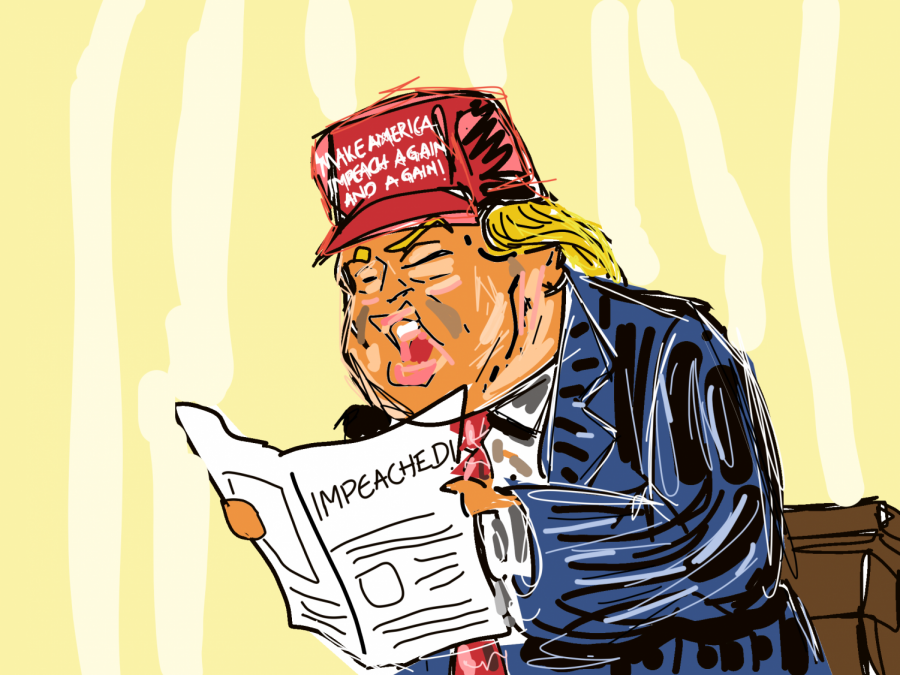 I like to think I’m an optimistic person. I tend to think people are, for the most part, good. I want to believe most people will do the right thing most of the time. But I also watch the news … so that’s getting harder.

After years of political and moral mayhem, it’s become increasingly difficult to believe in this value of basic decency.

I’m a writer and artist who studies politics. I came to college excited to write about the beauty in the world, about a brighter future. I want to sing and make art that makes people think and smile. I want to learn how we can systematically make the world a better place.

Instead, I’m in my bedroom hiding from a pandemic that has taken the lives of over 2 million people globally while many of our representatives seem more concerned about their constituents’ ability to drink cheap wine inside chain restaurants. One of our representatives said she genuinely believes that California wildfires were intentionally set by Jewish people with space lasers — and even that wasn’t enough to oust her from the House.

I’m watching armed mobs storm our Capitol with intent to harm their political adversaries and escape any consequences. Last week’s impeachment trial was the culmination of years of inaction by politicians. I no longer trust them to do the right thing. It goes deeper than Trump or Republicans or Democrats. I didn’t believe Trump would be convicted, but that doesn’t keep me from feeling disheartened.

Over the past year, we’ve witnessed the morality of our country rapidly decline, and worse, it’s not on track to change anytime soon. Of course, this is more than my own newfound political pessimism, it’s a pervasive issue that is disillusioning a nation. When politicians fail to help us, when our leaders consistently neglect the opportunity to do the right thing, the impact is far greater than winning a short-term game of political chess. It chips away at the glass house of trust that’s just barely holding up our democracy. There’s only so much it can take before it shatters.

Political scientist Francis Wilson warned about the rise of pessimism in 1945.

“Pessimism, and particularly American political pessimism, is a statement of the conditions under which progress is either not inevitable or is impossible,” he wrote. “Pessimism is, therefore, primarily a product of tension in the social system and insecurity in the individual. But pessimism is often particular in nature; it is the denial of the other fellow’s dream of a happy world.”

The rise of American political pessimism has been in the works for decades and has come to a head in the 21st century, likely the result of widespread economic devastation, an increase in violence, an uptick in political division and apathetic inaction by those we trust to lead us. I’m not alone in feeling the weight of this tension.

A 2019 study from the Pew Research Center found 44% of Americans anticipate the standard of living will get worse by 2050 and 83% believe they will have to work into their 70s to afford retirement. Continued deterioration of the climate was a concern for 59%. An overwhelming 82% believe most jobs will be replaced by robotic alternatives within 30 years. Washington will become increasingly divided, according to 65% of respondents.

According to political scientist Paul Corcoran of the University of Adelaide, even John Stuart Mill — a political theorist whose beliefs were rooted in the optimistic ideals of human morality — had serious doubts about the world’s ability to implement his moralist views into actual policymaking.

He writes that Mill — whom he calls a “liberal optimist” — was also “deeply pessimistic about the achievement of liberalism’s optimistic goals, believing that the incipient age of democratic politics and material prosperity produced tendencies that might stifle and even destroy liberal hopes.”

Even history’s most fervent optimists became deeply pessimistic about the feasibility of achieving political satisfaction.

Maybe it seems I’m being pessimistic for pessimism’s sake. Maybe I’m just a defeatist liberal millennial who lets my emotions get the best of me. But if that’s the case, it’s a pervasive issue for an entire generation. And as is always the case in American politics, all roads lead back to the bank, according to a 2020 study in the journal “Political Behavior.”

“Young people have been finding it more difficult to maintain or exceed the living standards of their parents. As a result, they increasingly expect socioeconomic downward mobility,” the study’s authors wrote. They studied “the influence of such a pessimistic view on political attitudes, assuming that it is not so much young adults’ current economic status, but rather their anxiety concerning a prospective socioeconomic decline that affects their ideological positions.”

The direct conditions of economic strife and the absence of any suggestion that leaders will do anything to turn the situation around has created a culture of defeatist young people who have been pushed further and further to political extremes.

Despite all of this, I don’t think that pessimism is inevitable, or that we can’t instill a more optimistic outlook in our citizens. I just think it is going to be an uphill battle.

On the morning of Jan. 6, I was in the process of writing a column entitled “Proceed with cautious optimism.” It was about how excited I was for the new Biden administration, but how scared I still was of America’s political landscape. We obviously never published it.

Despite all of the ridiculousness of the past months, I still believe that humankind is mostly good. I still love to write about the world’s beauty and its future possibilities. I still want to sing and create and smile. I still want to learn how we can turn things around, but it’ll take all of us.