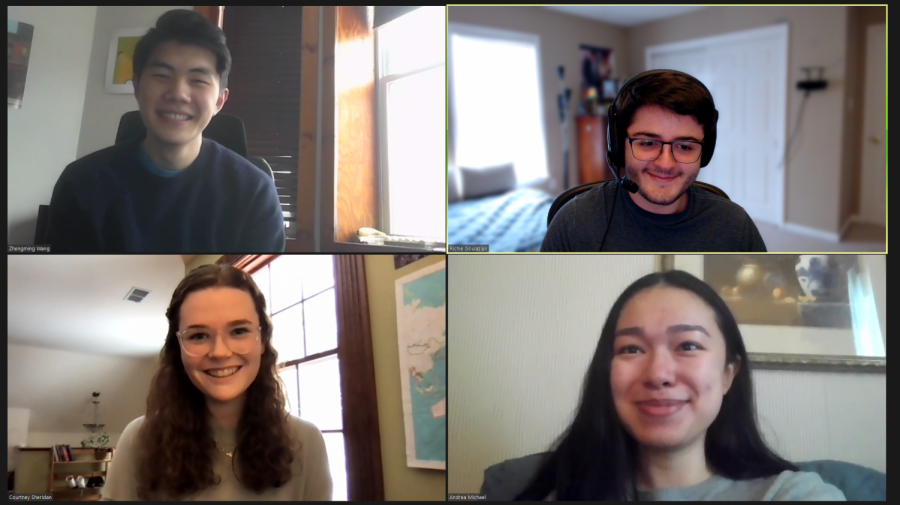 A group of Pitt students launched VaccinatePA, a website that crowdsources vaccine availability data in Pennsylvania.

Many states, including Pennsylvania, have struggled with COVID-19 vaccine distribution in recent months.

In mid-January, a group of Pitt students decided to launch VaccinatePA, a website that crowdsources vaccine availability data in Pennsylvania, allowing people to find out where they can get a vaccine appointment more easily.

Ming Wang, co-founder of VaccinatePA, saw that volunteers in California created a platform to crowdsource vaccine availability data in their state at the beginning of the year. After seeing how California initially struggled with vaccine distribution, Wang said he realized Pennsylvania would struggle too.

“At the beginning of the semester, I saw that these volunteers in California made an essentially similar platform to crowdsource their vaccine availability data in California,” Wang, a junior computer science major, said. “Seeing how California was already struggling to distribute the vaccine, I knew that Pennsylvania would too.”

Wang wanted to use his computer science skills to curb the pandemic, so he brought on two other friends — fellow Pitt student Richie Goulazian and Pennsylvania resident and Harvard law student Seth Rubenstein — to create VaccinatePA with him.

“I figured this would be a good way to leverage my technical skills to curb the pandemic,” Wang said. “Once PA opened up the vaccine to anyone above 65 and other groups, I just kind of realized this project got much more serious and much more consequential, so I brought on two other friends.”

Goulazian, VaccinatePA’s lead web developer, said he and the other founders felt a lack of control over the pandemic and its effects, which spurred them to use their computer science skills to make a difference.

“We all kind of felt out of control. With all these crazy things happening in the world, we’re all just kind of stuck at our desks doing the same thing every day and feeling like the world is just kind of sinking and we can’t do anything about it,” Goulazian, a junior computer science major, said. “And, this was one place where we thought we could actually possibly make a difference using the skills that we had.”

“We hope to make it easier not only for people to get the vaccine availability data,” Goulazian said, “but also easier on the locations that have thus far been inundated with calls from people trying to get access to this availability data.”

“In the past we struggled with having stale data, but because of recent news exposure, we’ve gotten a lot more volunteers and we’re making way more calls than before,” Wang said. “[The team’s] main focus now is just increasing usability on the website, adding more features for functionality and just being more strategic in our planning.”

Courtney Sheridan got involved with VaccinatePA after hearing about it in a recent Computer Science Club meeting from Wang, the club’s president, and Goulazian, the club’s director of initiatives. Sheridan, who works on bringing in new volunteers and improving the volunteer experience, said volunteers make calls to various health care providers, then report information back through an online form. The team gets the list of providers to call through the Pennsylvania Department of Health website.

“VaccinatePA volunteers call hospitals, pharmacies and other potential vaccine providers to ask if they have any vaccine availability,” Sheridan, a first-year computer science major, said. “The volunteers get their assigned calls via email, and then report it back to us through an online form.”

Olivia Morgan, another volunteer with VaccinatePA, got involved after hearing about it through the service sorority Gamma Sigma Sigma. Morgan, who got vaccinated through her job at UPMC, said she wanted to get involved with the project so she could help others get vaccinated too. According to Morgan, the flexibility of volunteering with Vaccinate PA is helpful because of her busy schedule between work and school.

“I work for UPMC and I had the privilege of getting vaccinated there myself and I thought it would be really great to help other people get vaccinated too,” Morgan, a junior nursing major, said. “Being a college student, you’re really busy. So, it’s really nice that I can just go on if I have like a free 15 minutes or a free 30 minutes in between class and make a couple calls.”

According to Goulazian, while VaccinatePA has gained numerous volunteers recently, they still need more. To help out with VaccinatePA, email [email protected] or sign up through the form on VaccinatePA’s website.

“This is a cool moment for Pitt. It’s just students coming together and doing something cool and we could use as much help as we could,” Goulazian said. “If anyone feels excited by this, we would be happy to have you.”