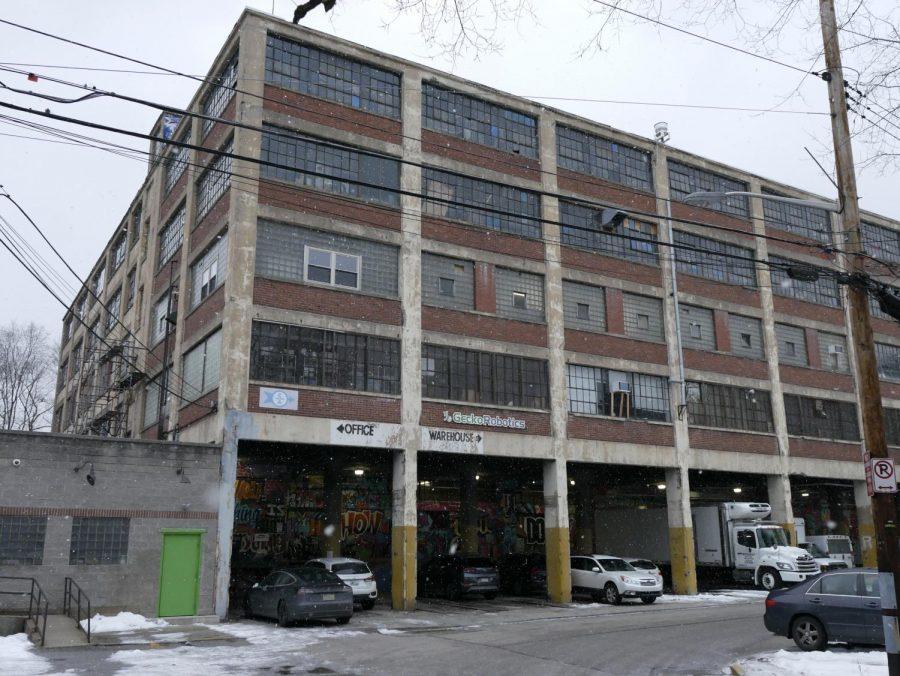 Kacy McGill and Taylor Stessney, co-founders and co-chairs of the local nonprofit Pittsburgh Restaurant Workers Aid, saw the need to help their fellow restaurant workers when the food service industry shut down in mid-March. What started as a Facebook group and a small operation on McGill’s front porch now helps hundreds of workers and their families every week.

“We got started essentially on the night that dining facilities closed, which was March 16,” McGill said. “I sent Taylor a Facebook message like, ‘Hey, do you think this would be helpful if we started a group on Facebook?’”

PRWA hands out care packages containing food, cleaning supplies, pet food, diapers and more at their distribution center in North Point Breeze every Tuesday through Saturday. Through the care package program, as well as their GoFundMe campaign — which has raised over $57,000 for PRWA to redistribute in the form of cash grants — and several partnerships with local businesses and nonprofits, the group has offered aid for workers in one of the industries most impacted by the COVID-19 pandemic.

According to McGill, who worked a bartending shift the night before the shutdown, constant changes in regulations on restaurants have led to inconsistent hours for workers. They said even after restaurants reopened, the lack of customers and limited building capacity meant workers saw a decline in tips, which make up a large portion of many restaurant employees’ incomes.

“They still had to show up to work, and it’s a minimum wage so they weren’t making any money,” McGill said. “Even now, we’ve had a seesaw of regulations in our industry, and it’s been really difficult for workers to have consistent work.”

Larisa Mednis, PRWA’s advocacy organizer, found themself in a precarious situation this spring in their job as a host. They said restaurant workers not only face inconsistent schedules and pay, but also have to fight to feel safe while serving the public.

“Once COVID started, we started facing a lot of challenges as workers, with advocating for our health and safety — trying to just campaign for better protections for ourselves like hazard pay or appropriate PPE,” Mednis said.

Mednis quit their service job in June, and applied to work for PRWA soon after. In their current position, they communicate with those who receive PRWA’s care packages to ensure the supplies meet their needs. Mednis also helps workers find resources from other organizations that will guide them through filing for unemployment, provide temporary housing and connect them with affordable child care, to name a few.

PRWA has also collaborated with several local and national groups to meet the varied needs of restaurant workers, according to Mednis. Those groups include Petagogy, a locally-owned pet store, and Hungry Hippo’s Pet Food Pantry, both of which provide PRWA with pet food. The Western PA Diaper Bank also gives PRWA free diapers and other baby supplies — something McGill said is crucial to many restaurant workers.

“40% of our recipients have dependents that require diapers,” McGill said. “I think when folks think about restaurant workers, they have a tendency to think of folks our age, like 20s to 30s. But they don’t think about the folks who have been working in the industry for 20 years.”

Mednis said although PRWA can help workers with their immediate basic needs, such as food, diapers and housing, their aid can’t effectively replace a steady income.

The Bureau of Labor Statistics found that between February 2020 and this January, employment in “leisure and hospitality,” including bars and restaurants, dropped by 22.9% nationwide. Pennsylvania has seen over 5 million applications to its federally supported Pandemic Unemployment Assistance and Pandemic Emergency Unemployment Compensation programs, with many applicants complaining of clogged phone lines and delays in payment.

Even for those who have obtained unemployment, Stessney said the coming months will prove strenuous as recipients file taxes on their unemployment checks.

“Now that we’re coming around on tax filing season, people are getting these statements to pay their taxes on what they’ve received from unemployment,” Stessney said. “But also a lot of people haven’t received everything from unemployment so they’re paying taxes on money they never received.”

With changing regulations on bars and restaurants in Allegheny County, McGill said PRWA has had to adapt their programming to meet workers’ needs. They said the group saw significantly less need during the summer months as businesses reopened, but tightening regulations following the winter surge in case numbers have sent workers back to PRWA for help.

“We try to keep our finger on the pulse with what’s going on best we can, especially with policy [and] unemployment — we’ve been weekly following to see what updates are happening with their system,” McGill said. “Just letting folks know we have the resources in the meantime, but keeping them in the know of what is going on.”