Johnson to transfer, will not finish season with men’s basketball 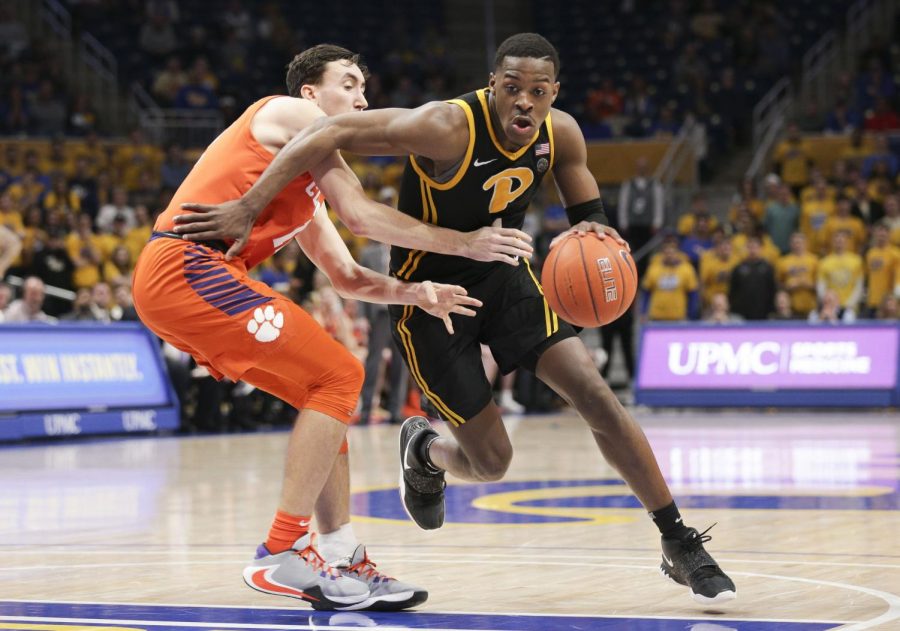 He will not play the rest of the season with the Panthers, who have four regular season games plus the ACC tournament left on their schedule.

“The Pitt men’s basketball program and Xavier Johnson have mutually agreed that it is in everyone’s best interest to part ways,” Capel said. “He will enter the transfer portal and is no longer a member of our program. We wish him the best of luck as he looks to continue his career elsewhere.”

Johnson leaves behind a decorated three-year career at Pitt. As one of the centerpieces of Capel’s inaugural recruiting class in 2018, Johnson started and starred immediately. Johnson played and started in every game his first year. The former three-star-rated recruit by 247Sports averaged 15.5 points and 4.5 assists per game, enroute to All-ACC Freshman Team honors.

But in his sophomore season, Johnson felt he took a step back. His scoring and rebounding totals dipped, and the lighting quickness that spectators previously adored became less sensational when it caused frequent turnovers and suffering shooting percentages.

Entering 2021, Johnson admitted that he needed to retool the cerebral parts of the game and find a way to fit his athleticism and quickness inside of an offense that didn’t match his tempo.

“I’m not going to lie, I learned how to trust my teammates more,” Johnson said during a media availability in October. “Last year, I was really stuck on myself a lot. I was thinking about going to the next level. This year, I’m just going to keep my head down and stay grounded.”

The early returns were promising, and despite an early setback against St. Francis (Pa.), Pitt was winning and Johnson was leading the show. When Johnson scored and distributed at a high level, the Panthers were successful and through the win over Duke on Jan. 19, that was the reality.

But the last seven games have been a nightmare for both Pitt and Johnson. The Panthers went 1-6 and are riding a three-game losing streak that, if not for Johnson’s career-high 32 points and seven assists in an upset of then-No. 16 Virginia Tech, would be more than twice as long.

In addition to some sloppy play, Johnson frequently got into serious foul trouble. Over the recent seven-game valley since the Duke win, Johnson has fouled out twice and is tied for the team lead in disqualifications with three. He’s also picked up a technical foul in three of his last six games and two straight.

Capel expressed his frustration with Johnson’s habit of acquiring penalties following a 74-73 loss to NC State, offering little more explanation than a confused look and shrug.

While Johnson’s flaws seem glaring, he is still a productive guard and was an essential part of Pitt’s success early in the season. He ends his three years having averaged 13.7 points, 3.7 rebounds and 4.9 assists per game.

Johnson tweeted a simple message shortly after Pitt confirmed his transfer — “Thank you,” with blue and gold heart emojis as a nod to his former program. He will certainly draw interest from programs all over the country, but it is not yet clear which schools are targeting Johnson at the moment.