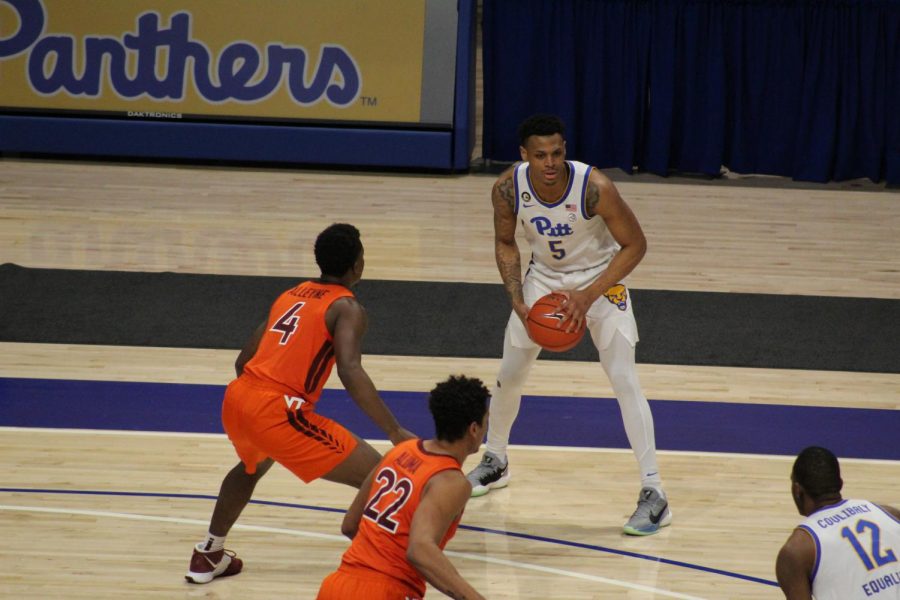 Junior Pitt forward Au’Diese Toney has entered the NCAA transfer portal and will not finish the 2020-21 season, the program announced Thursday. The announcement comes within a day of guard Xavier Johnson’s departure.

“We have come to the mutual agreement that Au’Diese [Toney] will be leaving the Pitt men’s basketball program effective immediately,” head coach Jeff Capel said in a press release. “We appreciate his efforts the past three seasons in our program and wish him well as he looks to continue to grow on and off the court.”

Toney, who missed Pitt’s Saturday game against Florida State with an injury, averaged career-bests of 14.4 points, 5.9 rebounds, 2.3 assists and 1.3 steals per game this season. Pitt lost both games he didn’t play, against the Seminoles and a December defeat from Louisville.

The Huntsville, Alabama, native came to Oakland as part of Capel’s inaugural class, forming a highly anticipated trio with former Panthers, Johnson and Trey McGowens. The group became the foundation of Pitt basketball’s rebuild, leading the Panthers to upset victories against Florida State and Louisville in Capel’s first year.

With Johnson and Toney’s sudden departures, the entire trio has now left the program. McGowens transferred this offseason, now averaging 10.4 points per game for the Nebraska Cornhuskers.

Pitt has made no other announcements regarding the status of any other players on the roster. Pitt fans anxiously await the future of star sophomore forward Justin Champagnie, whose ACC Player of the Year caliber season has placed him No. 24 in Sports Illustrated’s latest NBA Draft rankings.
Pitt will look to regroup with its altered roster against NC State on Sunday at 4 p.m., who won a thriller at the Petersen Events Center 74-73 last week — Toney’s final appearance in a Panther uniform. The Panthers have lost four games in a row, and seven of their last eight.