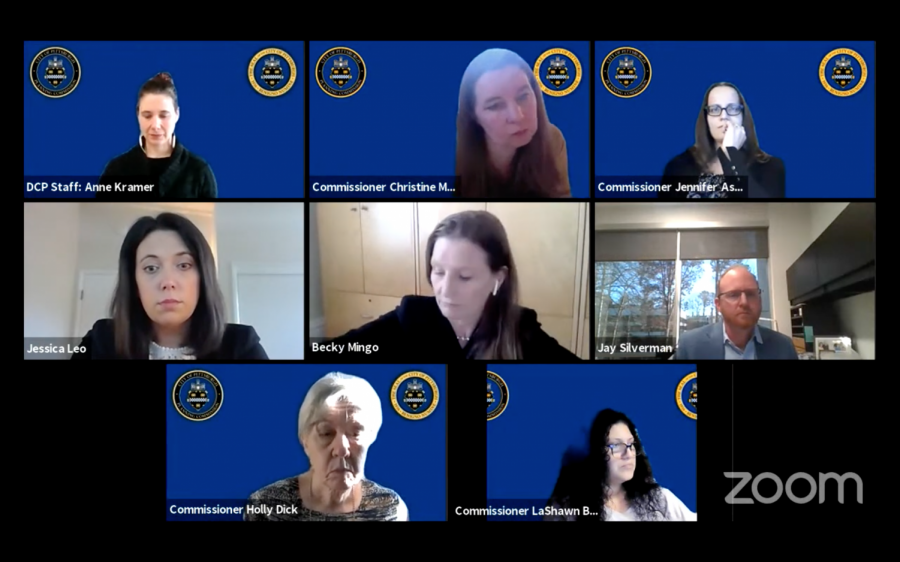 Owen Cooks, the assistant vice chancellor for planning, design and real estate, briefed the commission on the plan at its Tuesday afternoon meeting. The plan, which is behind schedule, includes Pitt’s large, signature construction projects for the next several years — the One Bigelow redevelopment across from Soldiers and Sailors, Victory Heights series of athletics improvements, a recreation center and expanded housing on upper campus, as well as expansions to several existing buildings and no new net parking spaces.

The 445-page plan must ultimately be approved by both the commission and the City Council before taking effect.

The IMP and related campus master plan have been examined in public for years, including at town halls and Oakland Planning and Development Corp. meetings, which raised concerns about demolishing Fifth Avenue’s historic Music Building, constructing a large housing complex in South Oakland and questions about Pitt further expanding its reach throughout Oakland. Pitt ultimately withdrew the South O housing complex from the IMP, which would have also paved over the Oakland Avenue garden maintained by student organization Plant2Plate.

“We have a much better plan for it, so we’re appreciative of all of the input received from all of the different constituencies that made the plan,” Cooks said.

Mary Beth McGrew, an associate vice chancellor in Facilities Management, said the University is trying to balance having more on-campus housing for students with concerns from neighbors about building new housing complexes in residential areas.

“In our many meetings with [the] community, there was a lot of talk about the need for more family or neighborhood housing, and the University is looking to what sites we might have to contribute to that,” McGrew said. “In addition, we want to make sure that our students have more choices that are affordable and that are inside the University boundaries, so that we are contributing positively to the neighborhood.”

Commissioner Becky Mingo, a graduate of Carnegie Mellon University, said she appreciated efforts in the IMP to reduce the “harshness” of Oakland’s urban environment and urged Pitt to expand the number of trees on campus.

Christine Mondor, the planning commission chair, said she considers Pitt to be the “elephant in the room” with regard to construction and planning in Oakland and would like to hear more information about the “qualitative way” that Pitt is thinking about campus and how it fits into the neighborhood.

“Because Pitt’s campus is interwoven with things you don’t control, when you guys make a move, you kind of set the stage for things that are going to happen by other people, other entities in Oakland,” Mondor said. “I’d like to understand how, in aggregate, the projects that you have lined up make a sense of place, because I think for the planning commission, when we hear projects from other entities, we want to make sure that that is supportive of a kind of shared vision for Oakland. You guys are the elephant in the room in that context.”

The planning commission also heard another Oakland-focused presentation — the planned apartment building at 3500 Forbes Ave., on the site of the former Marathon gas station.

Representatives from CA Ventures, a global real estate company, have discussed the project at two OPDC meetings — one last August and another this past December. The project — which would be similar to the recently constructed Bridge on Forbes and SkyVue buildings — would stand at 102 feet tall and include 300 units, split among studios, one-, two- and three-bedrooms, as well as 212 parking spaces and a 153-space bike storage room.

Community members have raised concerns about a variety of project aspects, including how the project’s roughly several hundred units — all at market rate — could affect the neighborhood’s housing market. Representatives from Family House — a local nonprofit that houses medical patients and their families, which neighbors the project site — have also asked whether the building could cause noise disturbances, or exhaust that might be harmful for patients recovering from certain procedures.

Due to community concerns, the commission voted to push back a vote on approving the project to its March 23 meeting.

“Please go work hard and come back to us with something that’s amenable,” Mondor said.