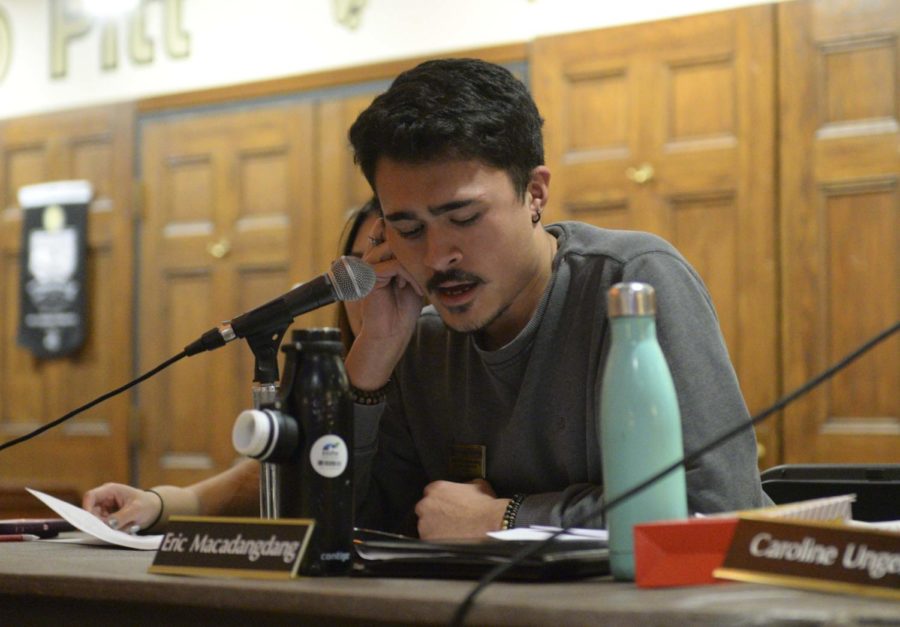 Pitt’s Student Government Board, including President Eric Macadangdang, urged the Board of Trustees to immediately divest of fossil fuel investments in a Thursday statement.

Student Government Board slammed a report released last Friday by a Board of Trustees committee which advocated for a gradual divestment from fossil fuels.

The report from the Ad Hoc Committee on Fossil Fuels recommended Pitt not completely divest from fossil fuels in the short term, but rather suggested that it reduce such investments over the long run. The committee found that such investments have already decreased by 42% in the last five years, and “most” of the remaining investments are expected to drop to zero by the end of 2035.

SGB President Eric Macadangdang, along with the support of other board members, challenged this and supported a complete and immediate withdrawal of all fossil fuel investments. Macadangdang said when SGB ran a referendum on the issue in 2019, roughly 91% of the 2,401 students who voted were in favor of divesting from fossil fuels. He addressed Board of Trustee members directly in reminding them of their responsibility to represent student and community interests.

“We understand the fiduciary responsibilities of the Board of Trustees, but to not readily acknowledge and use the enormity of support that this issue has with our community and the very findings that were found within this report to create better options for the Board is perplexing,” Macadangdang said. “We would like to remind the Trustees that their role is to act in the interest of Pitt students and stakeholders.”

While the committee’s report offers strategies for gradually reducing fossil fuel investments, Macadangdang said these tactics are not “aggressive nor purposeful enough” in fighting against the “crisis” that is currently at hand. While he offered many critiques on the ways forward offered by the committee, he did support those which called for the University to provide more transparency about fossil fuel investment trends.

Macadangdang called for Pitt to do more than just divest from fossil fuels, adding that Pitt should be reinvesting into the region with input from Pitt students and community members to “begin to address the harm it has caused from its previous investments and actions.” He said Pitt needs to realize “the climate crisis is not an issue of the future; it is here now.”

Macadangdang noted what he viewed as disrespect towards those who have advocated for fossil fuel divestment, investing hours of time in organizing and advocating, who have received “little” from Pitt. He said the administration needs to start seeing these students and community members as equals.

“Going forward, it may be a more useful practice to better treat students as partners and co-collaborators on these large-scale issues, both to be accurate and respectful of their participation in the process,” Macadangdang said.