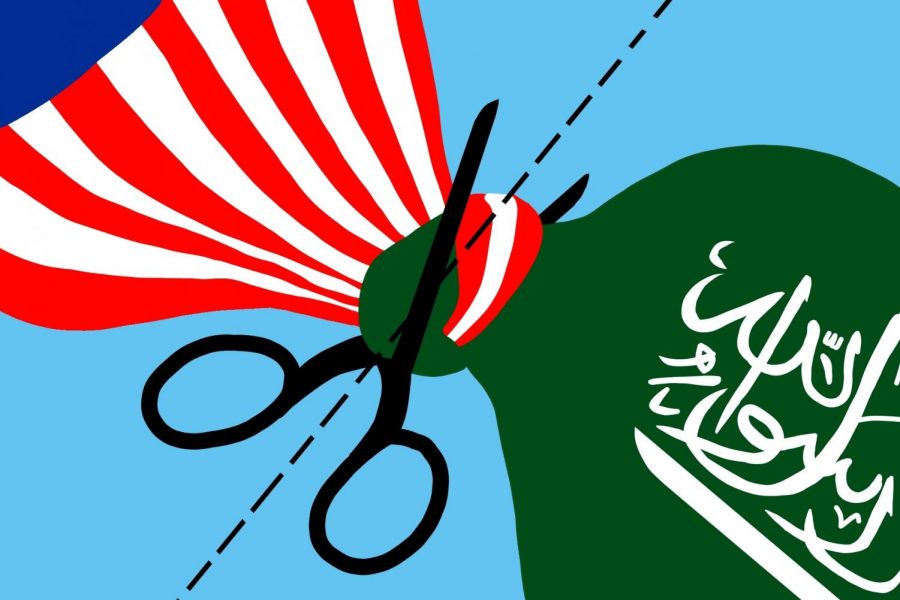 By Jack Troy, For The Pitt News

The Arab Spring was a time of great optimism throughout the Middle East and North Africa. Following the quick toppling of authoritarian regimes in Tunisia and Egypt in 2011, similar anti-government protests spread throughout the Arab world. Many of these protests plunged countries into bloody, protracted sectarian struggles. Yemen is one of the most tragic examples.

The anti-government protests were initially successful. After nearly a year of violence, rejected offers and broken agreements, longtime President of Yemen Ali Abdullah Saleh agreed to cede power to his vice president, Abdrabbuh Mansur Hadi, in exchange for immunity from prosecution. This arrangement hobbled along until 2014, when a group of Iran-backed Shiite insurgents known as the Houthis took over the Yemeni capital of Sana’a.

Saudi Arabia, the center of the Sunni world and a sworn enemy of Iran, perceived a revolutionary Shiite group as a threat for obvious reasons. A Saudi-led coalition began economic sanctions and air strikes on the Houthis in early 2015 with American support.

Not only was this intervention morally dubious, but the odds of victory are now slim-to-none. About 80% of Yemen’s population lives under Houthi control and the group has begun to inflict damage on Saudi Arabia itself. The kingdom is learning its Vietnam lesson, trapped in an unwinnable war with little role left besides causing civilian suffering.

Has America learned nothing from our half-century of open-ended conflicts? It’s equally heinous to give ammunition to perpetrators of a humanitarian crisis as it is to cause it yourself. Every piece of military equipment and intelligence that the United States gives the Saudis will extend their futile efforts in Yemen. Cutting off all arms sales to Saudi Arabia will ensure they have no choice but to seek a peace settlement with the Houthis or face increasing threats, such as the recent bombing of an empty passenger jet on a Saudi tarmac.

This support is blatantly immoral and of diminishing strategic importance for America, which is probably why the irrational Trump administration spent four years doubling down on it. They approved massive arms sales to the kingdom, including nearly $500 million in precision bombs in the waning days of Trump’s presidency. President Biden has since frozen these last-minute sales for review and vowed to end support for “offensive operations” in Yemen. This is a step in the right direction, but risks squandering an opportunity to truly steer America’s Middle East policy in a moral direction that’s beneficial to our long-term interests. The Biden administration should freeze all arms sales and limit trade with the kingdom until the Saudis withdraw from this cruel war.

The humanitarian situation in Yemen is dire after six years of conflict, with a majority of the population relying on underfunded UN aid just to survive. At least 233,000 Yemenis have died as a result of the war, including thousands of civilians. Nearly half of these deaths are not from combat, but from famine, crumbling healthcare infrastructure and other indirect causes. The Saudis have bombed and blockaded Yemen into destitution, largely thanks to more than $100 billion in American bombs, ships and planes.

Funding Saudi war crimes pays well and freezing further arms sales will certainly be detrimental to American manufacturers, as Saudi Arabia is by far their largest foreign buyer. We must prioritize our sympathies. A Yemeni child under age five dies every 10 minutes from the Saudis preventing food, water and medical supplies from entering the country. Try explaining this bump in the road for the military-industrial complex to them.

Biden also shouldn’t be afraid to wield America’s softer economic power. It’s no secret that a strong trading partnership with the United States is crucial to Saudi Arabia’s future. It’s simply essential to achieving the “grow and diversify the economy” objective set by Crown Prince Muhammad bin Salman in his ambitious Vision 2030 plan. Meanwhile, the United States went a week without importing any Saudi oil this January for the first time in 35 years. The days of cowing to Saudi Arabia for fear of an energy crisis are long gone. Considering America’s diverse set of trading partners and the Saudi’s much heavier reliance on the U.S. market, limiting trade combined with the pause on arms sales will force Saudi Arabia to fold in Yemen.

To stop at the line of actively supporting a humanitarian disaster would be an insult to the struggling people of Yemen. Biden scorned Saudi Arabia on the campaign trail and pledged to end Trump’s blank check to the kingdom. By taking a hard line in office, he could fulfill a campaign promise and make a sizable dent in the Saudi’s pervasive human rights abuses. America needs to begin holding Saudi Arabia accountable for not only their intervention in Yemen, but their murder and torture of dissidents such as journalist Jamal Khashoggi, unacceptable level of women’s rights and exploitation of migrant workers.

It shouldn’t be forgotten that Saudi Arabia serves as an important check on Iran and terrorists throughout the Middle East. We can’t sacrifice that altogether, but there has to be a better way than bombing civilians with little strategic foresight.

The United States has the upper hand in this relationship, no matter what the Trump presidency seemed to indicate. I suspect that the threat of ending arms sales and thinning trade relations alone will make Saudi Arabia look for the exit in Yemen. If this new administration is afraid of tightening the screws on Saudi Arabia, then we might just know who really has the upper hand.

Jack Troy primarily writes about politics and environmental issues. Write to him at [email protected].