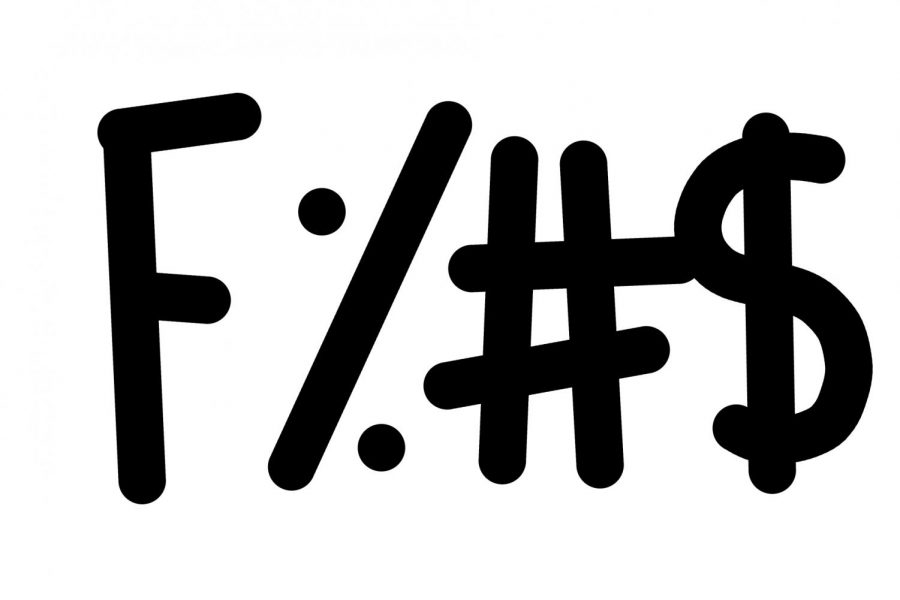 Everyone should use the word “f—.” Frequently. It is by far the best four-letter f-word. Swearing is a universal linguistic trait, suggesting that our brains are meant to swear. The English language has blessed us with the best verb, adjective and noun all in one, and somehow it is one of the most censored and vulgar words to exist, frowned on in the professional setting and even prohibited from use in certain circles and places, including in this newspaper, hence why the word is censored throughout this column.

My dad grew up in Queens, New York, so naturally, I was raised in close proximity to the word “f—.” He’s told me many times about the different functions of swearing. In New York City in the 1970s, swearing was friendly — beautiful even — among friends, no matter the gender. When not among friends, it was an indication that it was time to punch the f— out of someone, or to avoid the fight altogether by showing how tough you were with your swear words.

No word in the English language quite packs the same punch as the word “f—.” No word conveys the same rage, pain or just plain not-giving-a-f—. When I’m having a horrible day and something happens to make the day worse, nothing quite does the job like saying “you’ve gotta be f—in’ kidding me.” When I fall down the entire flight of stairs in front of the Hillman Library, saying “f—” very loudly seems to relieve the pain just a bit. When I just need the night off and I think I might blow off whatever work I’d had planned, a well-timed “f— it” is exactly what I need to get up from my desk, go make some tea and relax for the evening. A “f— it” pre-pandemic usually meant I was about to do something incredibly stupid and make an awesome memory.

Women are often told that men don’t find swearing attractive. Sorry that my saying “f—” all the time threatens your masculinity. I also don’t give a f— if you think I’m attractive. Cursing “isn’t lady-like.” “Ladies” should be polite and use polite, clean language. F— that. I am not a “lady,” I am a woman, and I am a woman who likes to swear. In a man’s world, it is essential to be aggressive in every respect, even in how I speak. I use bold and passionate language because it reflects who I am as a person.

Words are f—ing powerful. Studies show that swearing decreases pain levels and can increase people’s pain tolerance. Swearing has also been shown to improve physical strength and power. Maybe if I curse even more I’ll finally have the strength to do a pushup. Neurologically speaking, swear words are so ingrained into our brains that even people with significant neurological trauma or disorders who lose the ability to say average words like “eat” and “sit” still retain the ability to swear.

The word “f—” is such an important part of our language that it actually has much more power than the average word. Part of this is because of the social construct we’ve created around profanity in general — it’s considered taboo and we shouldn’t say it around the children. I never understood that, because hearing children curse is by far the funniest thing to watch on YouTube. The fact that saying “f—” is taboo is what makes “f—” so special. People are empowered by the word “f—.” I sure am.

Swearing is associated with a lot of things, not all that we might expect swearing to be associated with. Truckers, sure. But it is also linked with intelligence, honesty, health and good social standing. There is a reason that truckers are known for their cursing, and it isn’t because of the “poverty of vocabulary” myth — the belief that people swear because they don’t have the words to properly express their feelings. Swearing in the workplace increases social bonding, trust and companionship. Those who swear in the workplace work more effectively together and are much more productive than those who don’t. Swearing allows for the expression of emotions in a nuanced way that is not usually possible with our average lexicon, a possible reason why swearing is so ingrained into almost every language in the world. When swearing in a casual manner — as in not insulting the person you’re speaking to — you are sending subtle cues to the person about your emotional state, which is then reciprocated by that person swearing back in their speech.

The absolute best thing about the word “f—” is that it reduces stress. This may be because when we are angry or venting while cursing, we are not holding ourselves back, in the same way we would if we were doing those things without swearing. Swearing while pissed off involves much more of the body, and allows for a physical release, which in turn reduces stress. Sometimes I just say “f—” to myself in my room between assignments just for the hell of it.

Swearing is f—ing fun, it’s powerful, it gives you an edge. Combine saying “f—” loudly with a power pose at some point during the day, and I swear you’ll have enough f—ing energy to crush every one of your midterms.