Your guide to the 2021 SGB elections 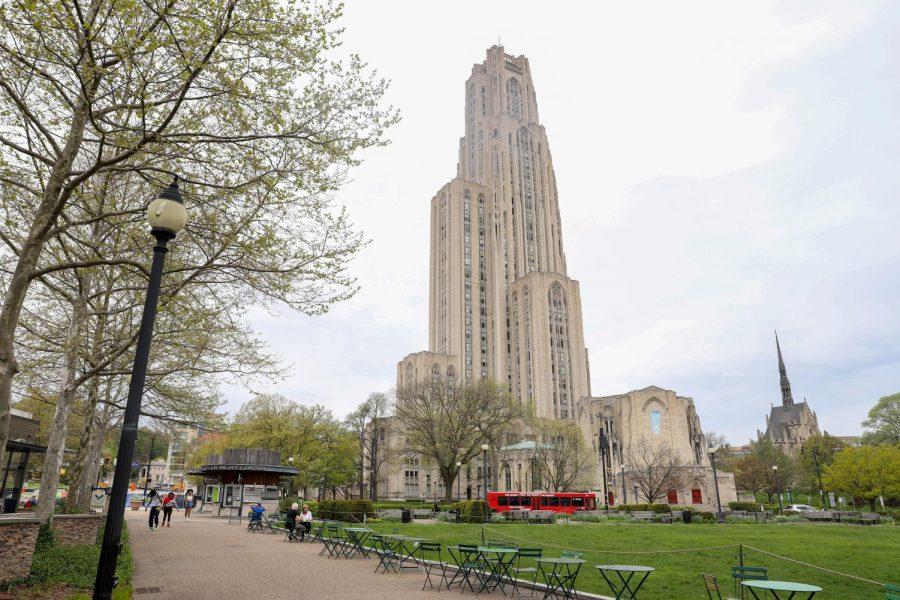 After a hotly contested campaign, Pitt students will vote Tuesday for next year’s Student Government Board. Students will choose between three presidential candidates and 12 board candidates, vying for one presidential position and eight board seats.

Students will also decide on proposed changes to SGB’s constitution, such as adding a diversity and inclusion statement as well as adjusting the process of electing vice presidents. A majority of students must vote in favor of the referendum at the Tuesday election for the changes to pass.

The Pitt News spoke with the four slates and two independent candidates to learn more about their reasons for running for SGB and their respective initiatives if elected.

Tyler Viljaste, a junior, is a presidential contender running on the Brightside slate. Slate members Aboli Kesbhat, Matt Moore and Nikhita Chakraborty are each running for a board position.

Viljaste, the current vice president and chief of cabinet, said he wants to hold Pitt’s administration “accountable” for releasing statements and information to students in a timely manner, specifically relating to the Fossil Free Pitt movement. He said his other initiatives are to make civic engagement more accessible and continue his work on the LGBTQIA+ task force.

Moore, a sophomore currently on SGB’s community and governmental relations committee and elections committee, wants to increase voter awareness and registration around campus. Moore — a member of the law fraternity Phi Alpha Delta and social fraternity Delta Chi — said he also wants to improve the relationship between Greek life and Pitt’s administration if elected.

Chakraborty, the current vice chair of the CGR committee, is focused on creating a networking system for international students, as well as making the Counseling Center more accessible. If elected, Chakraborty, a sophomore, also wants to create a “Legal Hub,” where students can ask legal questions relating to housing, the University or Title IX.

Kesbhat said her slate’s SGB experience allows them to understand the organization and fix things that need improvement.

“To be in SGB means you know what things within SGB need to be fixed, you know what resources you have to make things happen,” Kesbhat said.

Another presidential candidate, Joseph Landsittel, along with Daniel Rudy, Nadine Sadaka and Jessie Rindfleisch, make up the Vision slate. This slate is critical of some current SGB practices.

One of the slate’s main focuses is to make SGB more “approachable.” Landsittel — who was on SGB’s First-Year Council and the CGR committee as a first-year and is currently a resident assistant — said he plans to accomplish this by restructuring public meetings so there is room for public debates, specifically when voting on the allocation requests. Currently, there are three open floors during SGB’s weekly Tuesday public meetings, where people can speak for up to two minutes. He said a lot of requests are considered by the board “in private meetings” and then voted on “superficially” at the public meetings.

Sadaka, a junior and mental health vice chair on SGB’s wellness committee, said she wants to provide students with free pads, tampons and condoms and to partner with the University Library System to give Pitt students additional free textbooks.

As an engineering major, Rindfleisch, a junior, said she would advocate for engineering students by making sure they have hands-on learning experiences and the opportunity for leadership positions. Rindfleisch would be entirely new to SGB if elected.

While Rudy, a junior, has also never been in SGB, he was the president of Resident Student Association last year, and had a hand in ending Pitt’s 29-year relationship with former dining contractor Sodexo. He said he wants to focus on better listening to students and gathering their concerns to make the board more student-oriented.

Rudy said although he and his running mates do not have significant prior SGB experience, it’s their “mindset” that makes them qualified for the job.

“I definitely take the stance, and I think the members of my slate agree with me, that experience on SGB isn’t really what matters,” Rudy said. “It’s the mindset you take coming into these spaces and the goals we have, like capturing that voice of the students.”

Murphy, a sophomore and the current chair of the CGR committee, said if elected, he wants to continue his work as CGR chair to collaborate with PittVotes to increase voter registration and education on campus.

Floyd, a sophomore and the current chair of SGB’s wellness committee, said she wants to make mental health resources more accessible and inclusive, as well as create “safe spaces” for student leaders of color and sexual assault survivors.

Goodwin, a sophomore who was on the allocations committee last year, said she wants to host “New Connections” events to help students find student organizations that best fit their interests if she were elected. Goodwin also said she wants to maintain some aspects of the [email protected] teaching model, such as recorded lectures and lectures conducted over Zoom.

Floyd said because of her slate’s SGB experience — and the close work members did with students across campus — her slate can see and fix problems.

“As all people who have been involved in SGB, you know, whether that’s allocations, me being a wellness committee chair and Ryan being [on] CGR, is that we literally work with students on a daily basis,” Floyd said. “Like that’s what my whole committee is about, is getting, seeing what issues the student body may have and really fixing them.”

Brennan Conway and Jack Ruotolo are both running for board positions on the Betterment Slate.

One of the slate’s initiatives is to create an ad-hoc committee to gather student input on various aspects of the [email protected] model, so Pitt can determine what parts of the model worked or didn’t work.

Conway, a junior, also said his slate wants to make changes to the Allocations Manual — SGB’s rule book for allocating Student Activity Fee money — such as allowing student organizations to have private bank accounts and appeal denied allocations requests. He added that his slate also would push for supplemental funding applications to be decided on in public meetings.

Conway said he thinks the Betterment slate is better than the others because it is the only slate that has a combination of a junior and a first-year. Both Conway and Ruotolo, a first-year, are new to SGB, but said bringing outside leadership skills to the board is important. Ruotolo is vice president of his residence hall’s hall council, and Conway is vice president of Pitt’s band council.

“We think we’re a really unique package because we have that freshman experience,” Conway said. “We also have, you know, I’m a junior, I’ve been around, I saw Pitt before the pandemic, so we’re the only Slate that includes both the freshmen and the juniors, so it’s sort of an interesting blend of perspectives there.”

Harshitha Ramanan is the third presidential candidate and is running as an independent.

Ramanan, a sophomore, said if elected, she wants to increase SGB transparency and accessibility by creating a committee dedicated to staying in contact with student organizations. She said this would allow student organizations to better know what actions SGB is taking and approach the board with any problems.

Ramanan is currently vice president of programming for RSA. While she has no prior SGB experience, Ramanan said the presidency would give her a platform to address bigger problems on campus.

“I was very involved in ResGov, and I love it here, but I do feel like moving on to SGB would give me a bigger platform to work with to address wider student concerns versus just like residents’ concerns,” Ramanan said.

Daniel Temmallo is also an independent candidate running for a board position. Temmallo said his main goal is to be the “voice” for Pitt’s class of current and incoming first-years.

Temmallo also said that although he has his own policy ideas, he would support other candidates in their own initiatives, such as giving student organizations private bank accounts and encouraging students to vote.