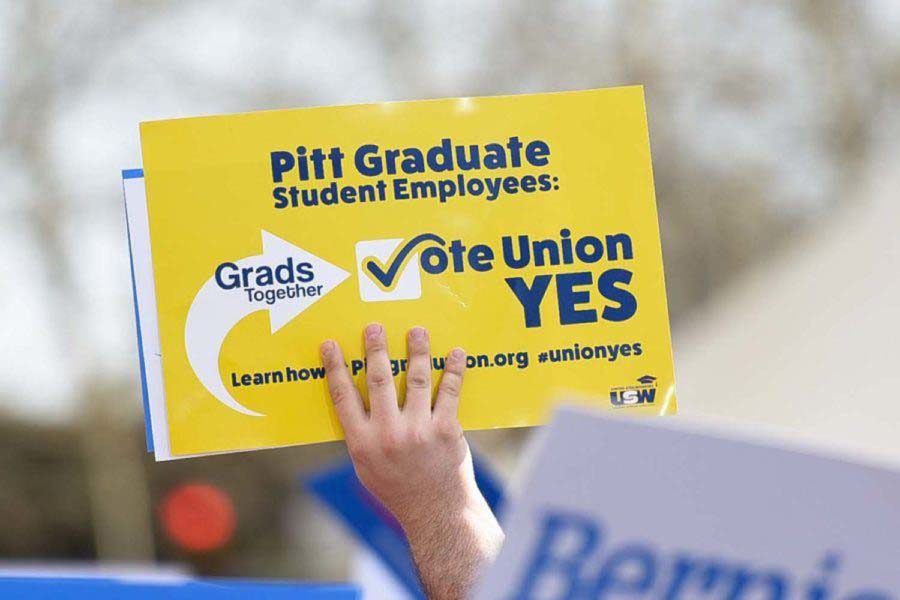 The Pennsylvania Labor Relations Board ruled in Pitt’s favor on Friday in an ongoing dispute stemming from the April 2019 election in which graduate students voted against unionization by roughly 40 votes.

The PLRB found that the email “did not affect the results” of the election in favor of voting against union representation. The ruling also found those against unionization ultimately won the election by a total of 39 votes — which accounts for the number of ballots from the election period as well as new opened and canvassed ballots.

This margin of 39 votes is greater than the 34 eligible voters who received Little’s email, the PLRB concluded.

“The employer has satisfied its burden … of establishing that the unfair practice affecting a finite number of 34 eligible voters did not affect the outcome of the Board’s representation election in this matter,” the ruling said.

Union organizers appealed the election in May 2019, alleging illicit action by both Pitt and the Board, leading to a round of hearings to address conduct during the election. A Labor Board hearing examiner then issued a proposed ruling in September 2019, saying Pitt committed unfair labor practices and ordered a new election. The University filed an exception to the proposed ruling in October 2019, forcing the full three-person board to rule on the matter.

“We have all worked together to navigate the challenges of the pandemic — and I am proud of the grace and support you’ve extended to one another,” Godley said. “Please don’t forget to take care of yourselves and reach out for help when you need it.”

R.J. Hufnagel — a spokesperson for United Steelworkers, the union assisting faculty and graduate students in their attempts to unionize — said USW is “exploring its options for an appeal.”

Hufnagel added that Pitt has “waged an expensive, coordinated campaign to try to bully its way to the decision it wants.” Pitt’s Office of University Counsel paid Ballard Spahr, a prominent “union avoidance” law firm, $881,069 in fees between July 1, 2019 and June 30, 2020.

“The fact remains that Pitt’s workers want and deserve a voice in the decisions that affect their students and their workplace, and they aren’t going to be intimidated into giving up that fight,” Hufnagel said.