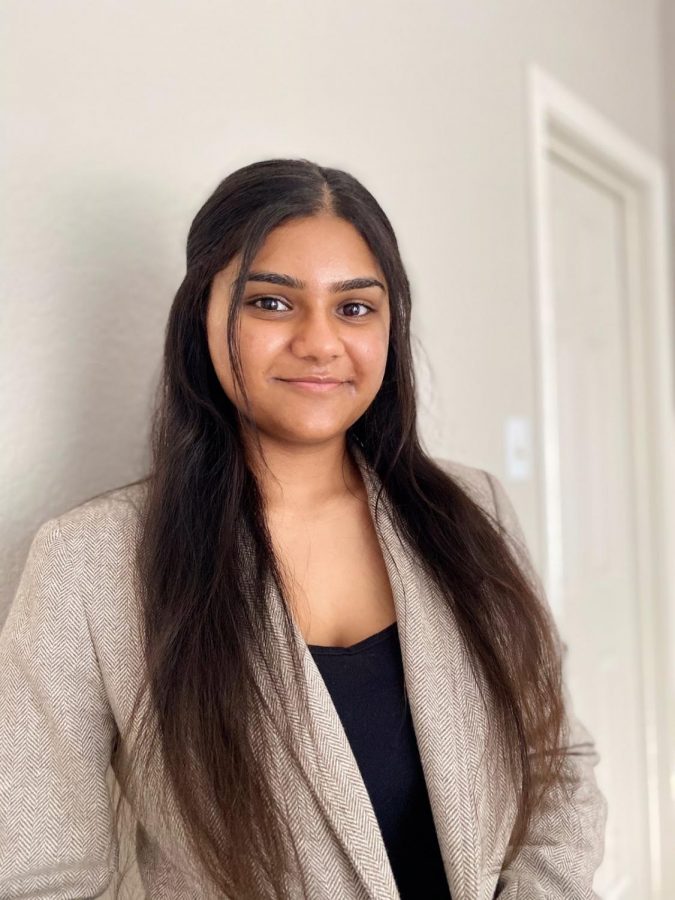 Harshitha Ramanan is a sophomore neuroscience major running for president.

Harshitha Ramanan will serve as president of Pitt’s Student Government Board during the 2021-22 school year, after beating favored candidate Tyler Viljaste in Tuesday’s elections with 62.72% of the vote — a margin of 1,222 votes.

Ramanan declined to comment when reached by phone after the results were announced. Viljaste did not answer a phone call placed at about 9:15 p.m.

Danielle Floyd, Ryan Murphy and Caroline Goodwin of the Elevate slate will also join the board, along with Matt Moore, Aboli Kesbhat and Nikhita Chakraborty of the Brightside slate, Brennan Conway of the Betterment slate and independent candidate Daniel Temmallo. Of the nine candidates ultimately on the ballot for eight board seats, Jack Ruotolo of the Betterment slate did not win enough votes to secure a spot on the board.

The Vision slate — consisting of presidential candidate Joseph Landsittel, and board candidates Daniel Rudy, Nadine Sadaka and Jessie Rindfleisch — was taken off the ballot due to violations of campaign rules. Rival presidential candidate Tyler Viljaste submitted the complaint to the board’s elections committee, which started the hearing process. After multiple hearings late Monday evening into early Tuesday morning, SGB’s judicial committee upheld the decision of the elections committee to disqualify Vision and remove it from the ballot.

Landsittel said the Vision slate is “thrilled” that Ramanan won the election, and he is grateful that his slate put its support behind Ramanan.

“We are thrilled that she was able to have this success. This is more votes than I’m ever aware of being cast in an SGB election,” Landsittel said. “I think it’s unprecedented to ever cross 3,000 votes.”

Besides voting for next year’s board, students also voted on proposed changes to the SGB constitution. These proposed changes included changing the definition of a student, including a diversity and inclusion statement and adjusting the vice president election process. The changes passed with 4,085 students, or 89.47% in favor.

Speaking about Vision’s disqualification, Macadangdang said Tuesday night that candidates, current president and board members do not influence the outcome of judicial proceedings, and that judicial and elections are “independent standing committees of SGB” and are separate from the “functions and structures of SGB at large.”

Macadangdang also said SGB will work with the parties involved and Student Affairs to further investigate the situation.

“Due to the nature of this situation, SGB will be working closely with parties involved and Student Affairs in the coming days, to further evaluate and investigate several issues that were brought up to us,” Macadangdang said. “I and others have received messages regarding the timeline of events, along with intricacies revolving the nature of infractions during an election.”

Concluding his opening statement, Macadandang said Pitt students should come together to solve problems instead of fixating on resentment.

“We do not have to follow the path of unproductive rhetoric that makes politics and government toxic and off-putting and unattractive to so many people,” Macadangdang said. “What we can do is learn the facts, listen to one another and work to find solutions in the present and in the future, not resentment rooted in the past.”