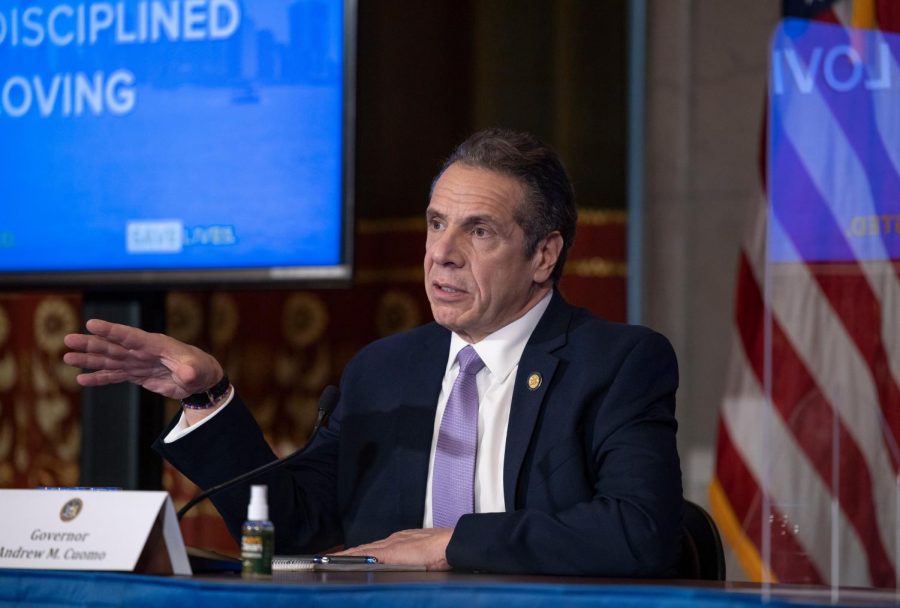 Cuomo issued an apology on Sunday stating that he was unaware that the remarks he made to his aides could be “misinterpreted as an unwanted flirtation.”

“I now understand that my interactions may have been insensitive or too personal and that some of my comments, given my position, made others feel in ways I never intended,” Cuomo said. “I acknowledge some of the things I have said have been misinterpreted as an unwanted flirtation. To the extent anyone felt that way, I am truly sorry about that.”

This apology is unacceptable. It doesn’t even admit to any sort of wrongdoing — Cuomo simply says he’s sorry his former aides “felt” like he harassed them. If he wants to remedy this situation, or at least try to, he must acknowledge that his actions, not his former aides’ reactions, are at fault here.

It isn’t easy for people to raise allegations against a public figure — it can often cause more harm to the accuser’s reputation and wellbeing than the accused. Take Dr. Christine Blasey Ford’s sexual assault allegation against Supreme Court Justice Brett Kavanaugh as an example. The allegation didn’t prevent the Senate from confirming Kavanaugh. It did, however, deeply affect Ford and her family — they received threats, had to hire a security detail and moved four times. She even had to step away from her job as a professor at Palo Alto University. It is unclear whether or not she was ever able to return.

It isn’t impossible to issue an adequate apology for sexual misconduct. When Megan Ganz, a former writer for the show “Community,” accused show creator Dan Harmon of sexual harassment in 2018, his apology was focused on his wrongdoings. He explained why in an episode of his podcast.

Harmon detailed how he had mistreated and harassed Ganz, and did not shift the blame onto her or say that she may have “misinterpreted” his remarks. He didn’t attempt to excuse his behavior — in fact, he warned that others must be more cognizant of their conduct in the workplace.

“Because if you don’t think about it,” Harmon said, “you’re going to get away with not thinking about it and you can cause a lot of damage that is technically legal and hurts everybody.”

Here, Harmon identifies a main issue in many allegations — the accused don’t consider the impact of their actions. They seemingly don’t understand where to draw the line between professional, appropriate behavior and sexual misconduct. Maybe they were never taught to keep their hands or “flirtations” to themselves. If this is the case, they won’t learn to unless they have to face consequences.

Ganz accepted Harmon’s apology in a tweet that has since been deleted.

“He’s not rationalizing or justifying or making excuses,” Ganz wrote. “He doesn’t just vaguely acknowledge some general wrongdoing in the past. He gives a full account … What I didn’t expect was the relief I’d feel just hearing him say these things actually happened. I didn’t dream it. I’m not crazy. Ironic that the only person who could give me that comfort is the one person I’d never ask.”

Bennett has definitively rejected Cuomo’s apology in a public statement, saying that he “has refused to acknowledge or take responsibility for his predatory behavior.” No one should pardon Cuomo or accept any apology he makes until Bennett and the other alleged victims do.