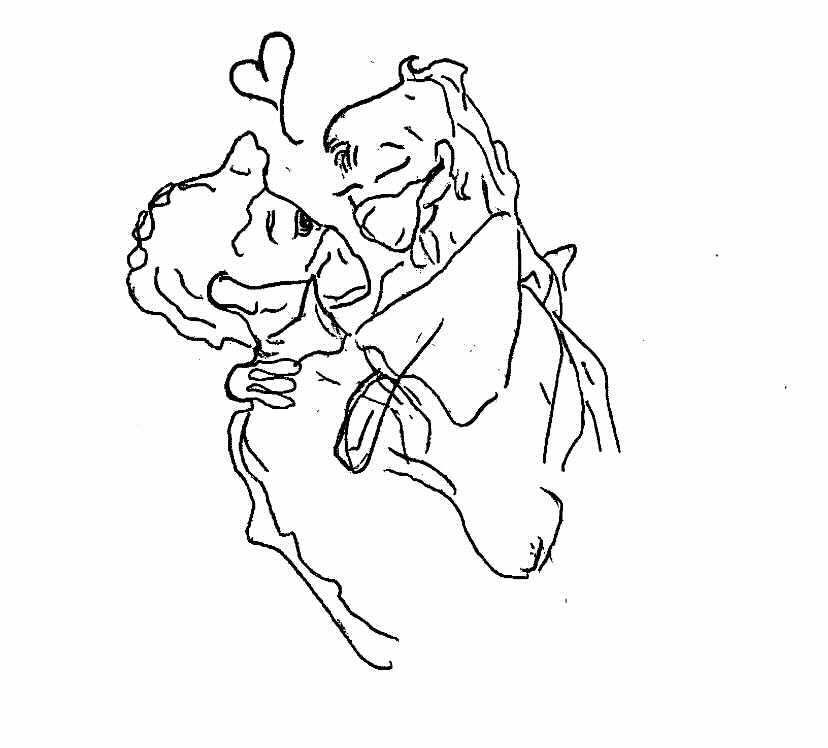 As someone who searches for charisma and wittiness in a partner, I’ve always looked down on the idea of meeting someone online. Regardless of how attractive a person may look in their pictures, no virtual profile can measure a person’s charm or presence.

During the COVID-19 pandemic, though, most people don’t have the luxury of meeting someone organically in a classroom, in a bar or even casually in the streets. Masks hardly set the mood, and social distancing arguably kills it. Not only are physical relationships restricted, but emotional connection is hard to find because of the isolation and stagnancy that has consumed everyone’s lives.

Thus, many young adults have turned to online dating — and surprisingly found it rather successful. This has taken an emphasis off of hookup culture and forced people to actually get to know each other by forming an initial connection through virtual communication.

There’s scientific evidence behind these patterns. According to a 2010 study that surveyed about 2,000 married couples from ages 19 to 71, married couples who delayed intimacy reported better long term aspects of the relationship. Along with overall higher satisfaction in the relationship, stability and communication were rated higher. Surprisingly, those who waited also reported 15% better sexual quality than those who didn’t.

While hookup culture is common, especially among college students, studies often associate it with negative emotional responses and deem it ineffective in finding a partner. A 2015 study analyzing the outcomes of casual sex found that 77.4% of male and female participants experienced at least one negative consequence from a hookup within the last three months. Some of these included regret, embarrassment and unpleasant social or medical-related outcomes.

“Before the pandemic, people knew the score if you were on Tinder. People just wanted to hook up or mess around,” McCarren said. “Sophomore year I remember swiping right and meeting up with a person an hour later.”

The pandemic seems to have caused a real shift in the online dating scene, though. Singles in America surveyed 5,000 single Americans and found that 63% have taken more time to get to know potential partners, and 58% have shifted to a more “intentional” outlook on dating since the pandemic began. Instead of using dating apps to alleviate boredom or to find instant satisfaction through a hookup, people are using the apps to actually foster emotional connection.

McCarren can personally attest to this mindset change. Since the pandemic began, he’s become much more interested in getting to know the person before meeting up, and prefers to take them on dates when he does.

“You just miss out on connections when you’re inside all the time and you can’t be meeting anyone new. It’s nice to spend the days doing things with people, like a pumpkin patch or ice skating,” McCarren said.

This shift in mindset led McCarren to enter an exclusive relationship with someone he met last semester on Hinge, a dating app slightly more geared towards finding a match. Even though they no longer see each other, it was the first serious and consistent relationship he experienced on the app.

These changes aren’t unexpected. After all, people are lacking usual amounts of social interaction and are thus searching for more of an emotional connection than they would under normal conditions. Furthermore, the lack of activity has caused many individuals to self-reflect, which may have led some to seek out more substance in a relationship.

Sarah Molnar — a senior communications major, who has been in a serious relationship since the beginning of the year — matched with her current boyfriend on Tinder last March. While she had no intentions of anything serious after their first date, the shutdown at the onset of the pandemic led the two to keep in touch and develop a deeper connection than anticipated.

“Initially we were just having surface-level conversations,” Molnar said, “but as the days went on, we started about things we wanted to do in the future when the pandemic was over which sparked deeper conversations that revealed similar interests.”

Molnar said that if the pandemic didn’t happen, she wouldn’t have continued talking to her current boyfriend since their hometowns were so far away. Interestingly enough though, the physical distance between the two took pressure off other aspects of the relationship that allowed it to advance.

For example, Molnar met her boyfriend’s family early on over FaceTime. Had they been dating in person, this probably wouldn’t have happened before they officially entered a relationship. But this ended up being pivotal, in allowing Molnar to get to know him on a more personal level. Since she met his family in a casual setting, he felt comfortable talking to her about his family, which brought a new degree of depth to their conversations.

Without the expectation of seeing each other in person, they were able to fully develop an emotional connection and became reliant on communicating with each other through texting, FaceTime and Netflix Party, which made them a constant in each other’s lives. When they finally returned to school and met in person, it was implied that the two were ready to enter a serious relationship.

“We developed a purely emotional relationship because we couldn’t be physical,” Molnar said, “When you develop that kind of connection, it’s just different.”

Alexandra Geyfman, a senior natural sciences and anthropology double major, had a similar experience with her current boyfriend, whom she met online through mutual friends during the lockdown in March. While she and her boyfriend weren’t necessarily fond of meeting a significant other through an online platform, the conditions of the pandemic normalized this kind of experience.

Ryan Barbee, her boyfriend and a recent Pitt graduate, says he didn’t even think twice about contacting her through Instagram, something he wouldn’t have been as open to before the pandemic.

Geyfman and Barbee talked for about a month over Snapchat and texting prior to hanging out in person, and regularly started seeing each other following their first meeting. Geyfman said that the slow pace was different than anything she experienced prior and paved the way for their relationship to become serious.

“I have a very mature and stable relationship,” Geyfman said. “When I was least looking for it and least expecting it I found something that was impacting me in such a positive way.”

For those who have been consistently single during the pandemic – or newly single – dating holds a new level of options that’s changed the dating game for even the biggest critics of online dating, including myself.

Ana writes primarily about lifestyle and cultural issues. Write to her at [email protected].