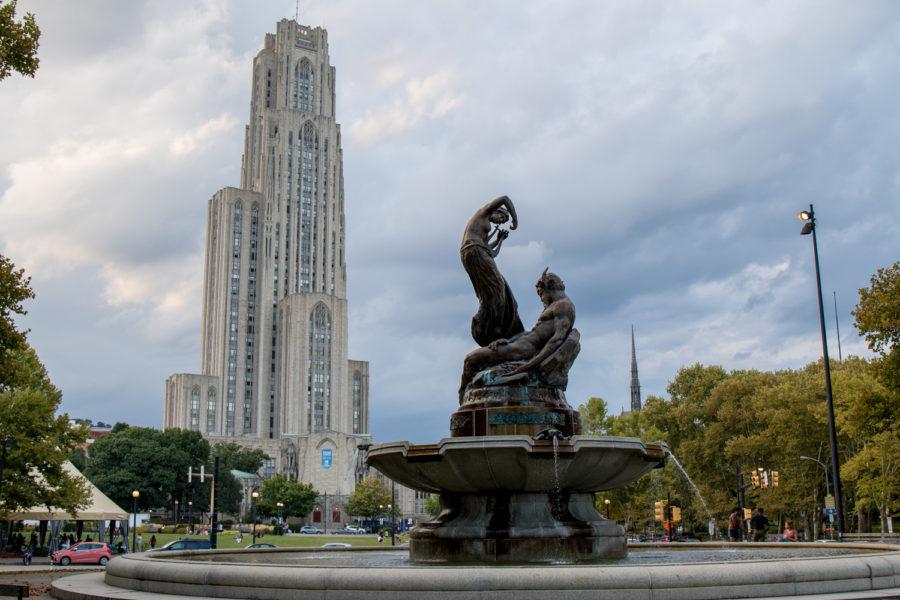 The Cathedral of Learning alongside the Mary Schenley Memorial Fountain.

Many Pitt students went to vote in Student Government Board elections Tuesday and were confused when several candidates did not appear on the ballot.

SGB’s elections committee voted late Monday night to disqualify the Vision slate from this year’s elections after two Sunday complaints alleging violations of elections rules. After the slate filed an appeal, the board’s judicial committee held a hearing that began Tuesday at 1:45 a.m. and ultimately upheld the original ruling at about 5:15 a.m. Tuesday.

While both committees have said they properly followed the processes necessary to adjudicate potential violations, some questions linger about the adjudication process followed. The committees should have fully explained their actions in a timely manner. Instead, their inadequate actions created an information vacuum, and allowed false information and confusion to spread amongst the student body.

Due to the lack of clear information, rumors circulated around campus and led to unwarranted personal attacks. We condemn this unproductive and vicious behavior.

It is simply unacceptable that the committees found it enough to solely post PDFs of their decisions on the SGB homepage, which virtually no Pitt student checks on a regular basis. SGB has many different social media accounts that could have been utilized to help spread correct, verified information about what was happening late Monday night and early Tuesday morning.

The late-night series of hearings became public knowledge Monday at 10:11 p.m. when SGB silently posted a one-page document on the board’s website announcing that the Vision slate would be disqualified from the following day’s elections. The document explained that the elections committee found Vision operating outside of the bounds of its pre-approved campaign material distribution plan by distributing shot glasses to first-year students in a primarily first-year residence hall. Another one-page document appeared 40 minutes later at 10:52 p.m., in which the elections committee levied additional sanctions against the slate due to alleged Elections Code violations.

It is simply unacceptable that SGB held a series of snap hearings that began Monday at 6 p.m. and ran until Tuesday at 4 a.m., while only fully explaining what happened Tuesday at 1 p.m. It’s left us with a series of frustrating questions. If it wasn’t possible for the elections committee to properly communicate all of these nuanced topics in the time it had, then it should have had a serious conversation about simply postponing the election until all of this could be figured out during daylight hours. It received the most controversial complaint Sunday at 8 p.m., and had until Monday at 8 a.m. to delay the election, if it saw fit. Student voters’ main sources of information on Election Day should not have to be group chats, social media and Reddit.

What is most shocking about the entire ordeal is how it seemingly flies in the face of what the board stands for. How many people on the board and candidates running for the board have included making student government more “transparent” and “accountable” to the student body in their campaign platforms? How exactly does a 1:45 a.m. hearing and no accessible communication to the student body until five hours after polls opened Tuesday about this supposed five-alarm fire accomplish any of this?

SGB is supposed to be centered on giving students a voice. This can’t be accomplished when students aren’t provided with the information they need from their own student government. It’s time they take a hard look at their processes and make sure something like this never happens again. They owe the people they are supposed to be representing this much.