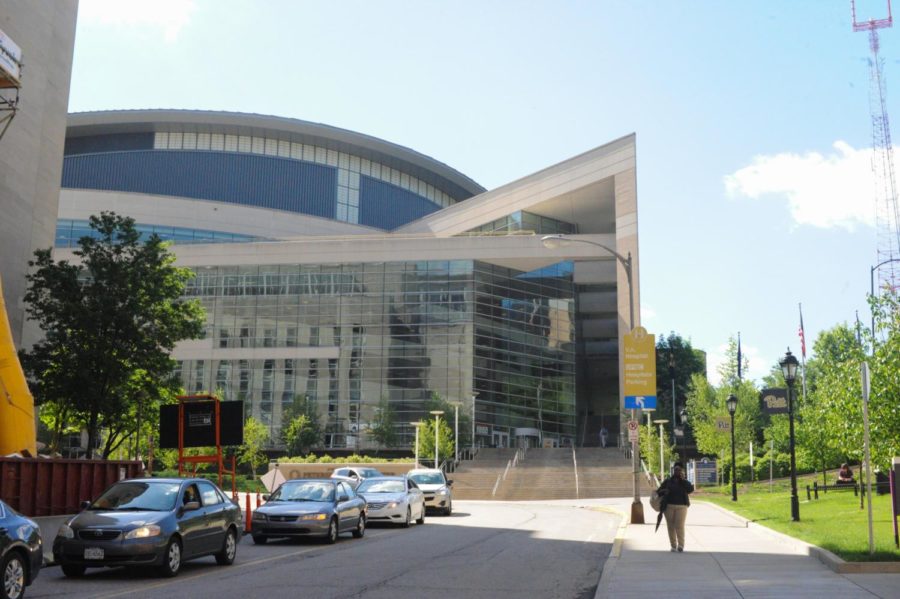 The East Atlantic Gymnastics League announced Thursday that Pitt will host the 2021 EAGL Championship, taking place at the Petersen Events Center on Saturday, March 20. The event will feature two quad-meet sessions determined by National Qualifying Scores, and will be streamed live on ESPN3.

Pitt last hosted the Championship in 2016 when the Panthers came away as team champions for the first time in program history. That meet took place in the Fitzgerald Field House, so this will be the first year that the Pete has played host since 2004. Pitt Director of Athletics Heather Lyke said the school is “thrilled” to see the event return to Pittsburgh, after COVID-19 caused the conference to cancel the 2020 championships at the University of North Carolina.

“With the last year presenting so many challenges, we’re grateful to provide these elite student-athletes the chance to compete in a conference championship after more than a year,” Lyke said. “It will be an exciting day for everyone involved.

Unlike most Pitt sports, the Panther gymnastics squad doesn’t compete in the Atlantic Coast Conference, as the league doesn’t feature a gymnastics slate. Instead, Pitt competes in the EAGL, formed in 1995 to “create a league solely for women’s gymnastics teams on the East Coast.”

“We are thrilled to be hosting the 2021 EAGL Championship at the Petersen Events Center, and we’re looking forward to providing a first-class championship experience for our student-athletes,” Snider said. “All the teams in the EAGL conference are strong this year, which means the championship meet will feature some exciting competition.”