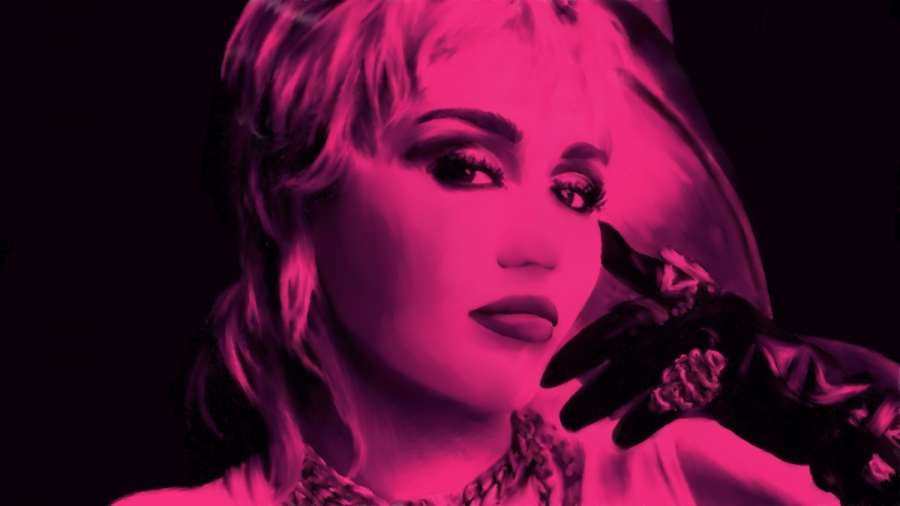 The general public has criticized Miley Cyrus for years. It took her a while to break free from her Hannah Montana career with Disney, and then she dipped her toes into country, hip-hop, pop and now rock. Cyrus’ new album, “Plastic Hearts,” is arguably her best work and blends all of her past musical experience along with influences from the likes of Blondie and Joan Jett and the Blackhearts to create the most empowering album I’ve heard in a while.

I didn’t believe that Miley Cyrus had recorded a rock album, until my dad — the man who raised me on AC/DC, The Who and David Bowie — told me that I absolutely had to listen to Miley Cyrus sing “Zombie.” I don’t usually like covers — other than Heart’s rendition of Led Zeppelin’s “Stairway to Heaven” — but Cyrus’ cover of The Cranberries’ “Zombie” quite literally gave me chills. I am beginning to think that the closest I will ever get to seeing Dolores O’Riordan live is by buying a ticket to a Miley Cyrus concert.

Cyrus pulls some of the biggest names in rock into her album, including Joan Jett, Stevie Nicks and Billy Idol. The last three songs on the album is the remix “Edge of Midnight,” featuring Stevie Nicks, and two covers — “Heart of Glass” by Blondie and the aforementioned “Zombie” by The Cranberries. Cyrus is the angsty female rock star this generation desperately needed. Her music is pissed off, angry and nearly unhinged, and explores her own sexuality and freedom in a way that many other female rock artists don’t.

Generation Z has been deprived of a current female rock star for years now. Pop and hip-hop music have taken over the music scene, and the closest thing we had to female angst until this album was Billie Eilish, which just won’t do the job if you’re pissed off enough. Sure, we have the wonderfully talented pipes of Florence Welch and Amy Lee, but as much as those women do fit into the rock and alternative scene, their music is still very much about female pain and is more melancholic than anything else. They sing about heartbreak, loneliness and mental illness — Welch even wrote a song about her struggle with substance abuse and her eating disorder. While this music is important, it is not exactly mirroring the same pissed-off nature that other rock music captures so well. Sometimes, we girls just need to yell for a bit.

Rock has been predominantly male since its beginning. Women in every part of the rock genre are lumped in with the men or corporately hypersexualized for the purpose of selling, and there’s no in between. Kurt Cobain openly talked about the sexism within the industry, and admitted that many of the rock songs he loved had very sexist lyrics. Cobain came up in Seattle at the same time as the underground punk feminist movement known as Riot Grrrl and thought that rock music should be more respectful to women in general, and there should be more women in the genre.

Janis Joplin was the first real female rock star we could point to who paved the way for women after her in the rock genre, even if she was lumped in with the men for not being the rock-and-roll sex symbol that was expected. We see the corporate hypersexualization of women in the music industry almost constantly, from men singing about women in a sexual manner to the barely clothed women on album covers and on the stage to sell records and tickets. It is 2021, and women shouldn’t have to be sexy or pretend to be one of the guys to be rock stars.

Rock is a genre about pain, anger, rowdiness and the wild freedom of being in one’s own skin. When women show too much emotion publicly, they are deemed hysterical. When she is comfortable in her own skin, she is shamed. Women are expected to be calm, coordinated, quiet and respectful. We are held to an impossible double standard that rock music helps destroy by creating a space in which women can be anything they want to be — not gentle, not pure and innocent, not a victim, but a rage-filled woman.

Miley herself has been a victim of this double standard — for years the general public criticized her for being promiscuous and crazy, especially after the release of her album “Bangerz.” By moving into the rock genre, she’s finding that freedom on which the genre was built. Miley explores her own sexuality and freedom in “Plastic Hearts” in a way that is aggressively full of confidence and being comfortable in her own skin. The truth is that women are just as pissed off as men, if not more so, and we deserve just as powerful an outlet as rock music to release that anger and frustration.

Women are not expected to be aggressive, but the current state of the world warrants aggression from everyone, especially women. All over the world, members of Generation Z are the most vocal of any generation ever about their discontent with policy, with social structures and with the overall state of the planet.

Gen Z is angry and needs a female rockstar who is wild, rowdy and angry. Miley Cyrus’ couldn’t-care-less attitude about what everyone else thinks and her songs about self-discovery and the wild freedom she possesses are what this generation desperately needs in the music we listen to. Gen Z women have had enough of sitting still and looking pretty, and it helps a lot to be able to sing at the top of our lungs to a song that isn’t glorifying our pain.