Opinion | The United States should decriminalize all drugs 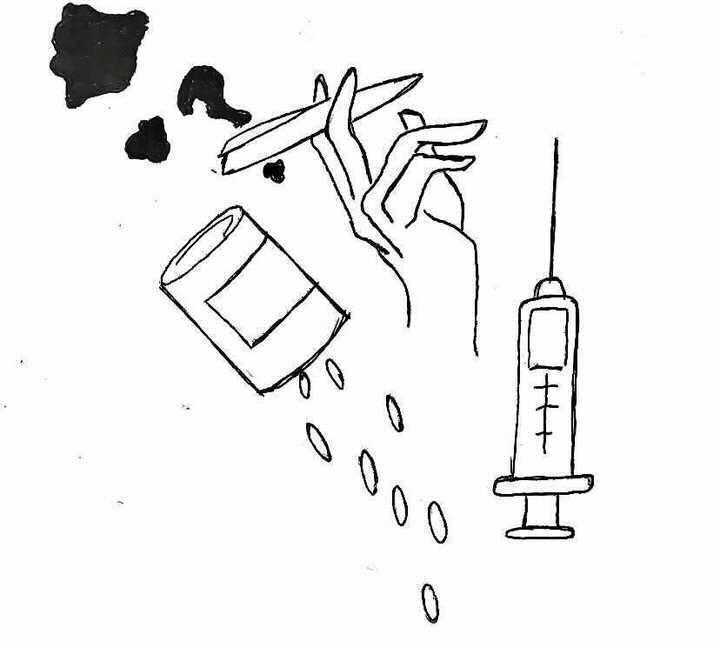 Growing up in America, we are taught from a very young age that drugs are bad. In our justice system, we label drug users as criminals. We are still in the midst of a “War on Drugs” that began in the 1970s. America’s anti-drug-use philosophy is simple — teach the young that drugs are bad, vilify drug users and treat the drug abuse epidemic as a war of law abiders versus law breakers. But what has that accomplished?

In reality, all of these tactics employed by the American government have failed miserably. Drug overdose deaths have tripled since 1990, and drug arrests have more than tripled between 1980 and 2007. Interestingly enough, the majority of these arrests are for just possessing the drug, not attempting to manufacture or sell it — possession arrests outnumber sale or manufacture arrests by a ratio of five to one. And let’s not forget that these arrests disproportionately target minority communities.

The conclusion to draw here is that the “War on Drugs” and all of the subsequent anti-drug tactics America uses are not working. Funny enough, the solution to curbing drug addiction and overdoses has been right in front of us all along. America should simply decriminalize the possession and consumption of all illicit drugs.

Note, decriminalization is not the same thing as legalization — heroin and meth stores won’t be popping up left and right. Decriminalization means that those who get caught with illicit substances will not face criminal charges. Instead, the accused will go before some sort of commission or judge, who will assign them a penalty and/or relief services. Decriminalizing illegal substances may seem counterintuitive, but it’s quite an effective method to fix America’s drug problem.

Switzerland and Portugal have been plagued with rampant drug overdoses and abuse just as America has. But instead of opting for a punishment-focused “War on Drugs,” these countries went in the complete opposite direction and decriminalized all drugs. And it worked. Both Switzerland and Portugal saw extremely sharp reductions in drug overdoses after decriminalizing the possession and consumption of all illicit substances. This policy greatly outperforms America’s current policy of mass arrests and little-to-no treatment by erasing the stigma that drug users are criminals and emphasizing treatment, not punishment.

When you think of a heroin user, who do you picture? Without thinking, you probably picture someone like Bubbles or Johnny Weeks from The Wire. American institutions have conditioned us to believe that heroin or other drug users are these deadbeats who live in squalor and only care about getting high. I’m sure that a small subset of drug users fit this description, but I contend that this is an inaccurate representation of the people who use drugs.

Before drug decriminalization in Portugal, drug users were commonly known as “drogados” — junkies. Now, they are commonly referred to as “people who use drugs” or “people with addiction disorders.”

Besides ameliorating America’s perception of drug users, decriminalization will allow for them to get the treatment they need instead of being vilified and thrown in jail. In Portugal, those caught possessing a personal supply of drugs could be given a warning, a small fine or be told to appear before a local commission about treatment, harm reduction and the support services that are available to them.

Emphasizing support systems and treatment is far more effective at curbing drug abuse than punishment and arrests. Switzerland opened drug consumption rooms to give people safe sites to do drugs, supervised by medical professionals. These sites are clean, eliminating any chance that someone could get an infection from dirty needles or other dirty supplies. Medical professionals supervise these sites so they can offer support, help with moderation techniques — if the patients want — and greatly reduce the chance of someone overdosing.

Though illicit drug users will be off the streets, tobacco smokers still roam the streets with few restrictions. Believe it or not, tobacco and its legal friend alcohol are more dangerous than any illicit drugs. In fact, these two drugs are just as addictive as any illicit drug. I see no possible justification for maintaining America’s current drug policy.

Thankfully, measures are already being taken at the state level to correct our broken system. This past November, Oregonians agreed on a ballot measure to decriminalize possession amounts of all drugs. Now if you are charged with possession of drugs, you will not be arrested. Instead, you will be connected with a host of support services like treatment, recovery, harm reduction and even housing and/or job assistance.

All of this will be funded through Oregon’s excess cannabis tax revenue — more than $45 million — and savings from no longer arresting, incarcerating or prosecuting people for drug possession. This plan looks very good on paper, and should work seamlessly — just like the similar models used in Switzerland and Portugal. I strongly encourage America to adopt this model on the federal level, with the first step being the federal legalization of cannabis.

While this is just an action by one state, this is cause for optimism. This new policy from Oregon is a very good start to a new, better America — one that emphasizes relief and not punishment.