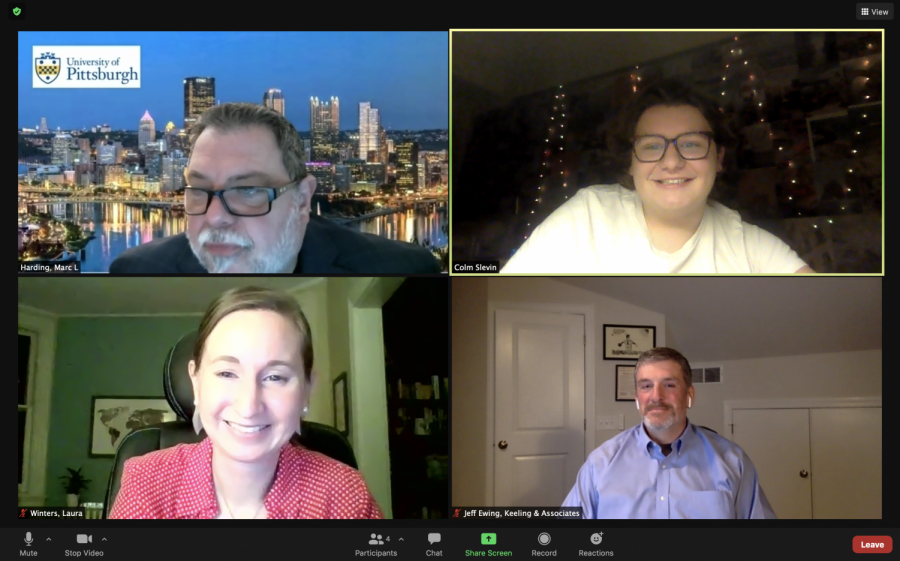 The first of two open forums for Pitt community members to express input about the search for a new dean of students occurred Wednesday night.

The first of two open forums for Pitt community members to express their thoughts and feedback about the new dean of students opening occurred Wednesday night. But no students or faculty attended.

Marc Harding, the vice provost of enrollment and chair of the search committee for the dean of students, said he was not surprised by the light attendance at the listening session since this search is still beginning.

Harding said he is excited for the newly separated role.

“It’s a new role at Pitt, which is super exciting for a candidate,” Harding said. “Currently we have had a vice provost and dean of students for many years. The times have changed, in this past year dramatically, and our students have changed and our student body has grown. I couldn’t be more thrilled that the University has decided to add capacity in the division of student affairs.”

Harding said at the forum that he is thrilled to work with Jeff Ewing, a senior consultant for Keeling & Associates and a former dean of students at Arcadia University near Philadelphia.

“We’re just getting going, forming the search committee,” Harding said. “As chair of the search committee I have the privilege of working with Keeling & Associates. They have conducted lots of searches and we are thrilled to be partnering with them to form the best pool possible for Pitt.”

Ewing said this opportunity is great because the new dean will work alongside Bonner.

“I am excited because I think this is a great opportunity,” Ewing said, “It’s an opportunity for somebody to come in and not replace somebody but build upon what has happened and what good work Dean Bonner has done and to work alongside him. As a former dean I am jealous I don’t get to take a shot at this role.”

Other than attending the sessions on Wednesday and Friday, students and faculty can fill out a survey to share their feedback about the role or nominate someone for the job. Laura Winters, the deputy chief of staff for Provost Ann Cudd, said even after the job description is finalized, the committee will still use the surveys to take nominations.

“At some point the ability to shape the description via the survey will cease to exist,” Winters said. “But we will continue to take nominations through April.”

Ewing said the committee will form questions for candidates based on the responses they receive from the survey.

“A good reason for people to fill out the survey is that the information we get as a form from those surveys helps us in our conversations with the candidates,” Ewing said.

According to Harding, the committee selecting and interviewing candidates will be composed of faculty members and three students. Harding said he feels it is a diverse group which is important in order to get many perspectives in searching for a new dean. As of now, the committee is Harding, Winters and Ewing, but no further members have been announced.

Harding said the committee is working on building the job description and hopes to have that done by late March, to get applications from late March to April and to start reviewing applications and interviewing candidates by mid-May. The search committee will work confidentially until they have selected finalists.

“We want to have finalist interviews which would involve the broader Pitt community,” Harding said. “Which would be an opportunity for folks to interact with the candidates somehow so maybe in mid- to late May.”