Review: ‘Kid 90’ is the all too familiar life of a Hollywood child star 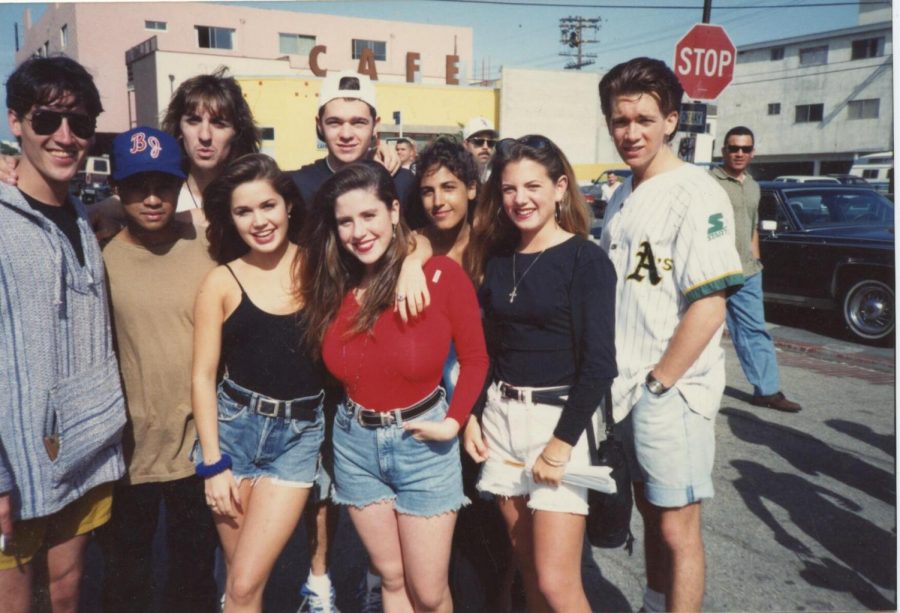 If there is a time in your life when you are at your most vulnerable yet your most honest, it is your teen years. The trials and tribulations of the American teenage experience can vary widely on the life scale — you never know what you’re gonna get.

Soleil Moon Frye’s documentary, “kid 90,” now streaming on Hulu, is a teenage story 20 years in the making. Whether you were going to marching band or summer camp, or having a mental breakdown behind the school theater in your teenage years, it probably wasn’t that different from Frye’s Hollywood childhood.

The only difference is that she had a script to read from the day after she drank till she dropped.

Frye was a Hollywood child star, most famously known for her role on the ‘80s sitcom “Punky Brewster,” where she played the titular character at the age of 8. From then on she spent her childhood in Hollywood, with roles in more low-budget movies and minor character appearances on shows like “Sabrina the Teenage Witch,” brushing elbows and swapping bottles with nowaday A-listers like Leonardo DiCaprio and Johnny Depp.

And not only does Frye tell us about her life in this documentary. Face to face, she shows us — with hours of footage taken from her ‘90s-era camera recorder, displaying all the young teenage stardom of the ’90s in their glory. Warts and all.

But this documentary isn’t about exposing the teenagers of Hollywood for their ugly drug-addled underbellies. It’s a story of self-acceptance and an acknowledgment of the many many mental health issues that plague not just the industry actors, but normal teenagers as well.

In the documentary, Frye asks “are memories real or are they stories we want to tell ourselves?” about looking back on her experience as a teenager. And this is the theme that carries the whole movie.

Frye has the recordings of her time in LA, where she was born and lived until she moved to New York City at 18 to study at The New School, so she can measure up the memory of these experiences with how she really acted when they were happening. It’s a fascinating way of looking at trauma.

Frye and her friends were involved full swing in the typical teenage drinking and drug scene, only exacerbated by their encounters with the elite of Hollywood which gave them access to more exclusive and more dangerous illicit encounters.

There are good and bad experiences with this. Frye and friends spend one day in Antelope Valley, CA, completely tripped out on mushrooms, just laying in the wild grass with ladybugs crawling up their fingers having a grand old time.

But many of her friends also develop drug addictions and even commit suicide. And in a world where these teenage stars merge with the adult members of the industry, the line can blur into some traumatic situations.

Frye was sexually assaulted by a close friend of hers who was many years her senior, an experience that as a young woman she rewrote into a consensual encounter in her mind to process it.

She even continued to see and interact with this person in her college years, kissing him in the bitter chill of an early spring Yankee game.

So the answer to the question, “are memories real or are they stories we want to tell ourselves?” is one we don’t have to poke at too much to understand the answer. We know scientifically we don’t often remember things exactly as they happen, for a number of reasons.

Trauma might be one of them, or fondness another — either way, our lives are turned over and over again in our heads to the point where some memories might be unrecognizable to the person who was actually living them.

It’s more than helpful, then, when we have some tangible footage to back this up. And the ’90s was the beginning of a time where soon everyone would have some kind of device to record their life. Frye was lucky enough to record her own.

As a childhood star in Hollywood, she had to deal with a different kind of public pressure most kids don’t have to deal with, especially as she transitioned from a pigtailed 8-year-old to a puberty-struck 15-year-old, who people are either inclined to scoff at or slut-shame.

Frye goes so far as to even get a breast reduction at 16 to curb the comments — even though it doesn’t do much. One of the clips in this documentary that struck me the most was a scene where Frye has a conversation with her doctor before her operation.

The doctor asks Frye for an autograph despite the fact that the doctor says verbatim, “I’ve never asked for one in 20 years.” Weird, that a doctor who has been working in cosmetic surgery in Hollywood for 20 years only asks for the autograph of one celebrity — a teenage girl she remembers from a kid’s show.

Frye is getting an operation because she wants to be rid of this plucky cute kid-image she has, yet even on the precipice of the operation that is supposed to solve this, her doctor still only sees her as that child.

As a teenager, I wanted nothing more than to be completely out of the influence of my parents, my school — any kind of authority figure that I thought wasn’t seeing me for me, just as something to project onto or control. And I went to high school in a normal suburb just outside New York City. I can’t imagine doing what Frye did.

Her childhood and teenagehood is a cover of contradictions, she goes on TV with Nancy Reagan to tell kids to “say no to drugs” but has footage of the party she goes to afterward where she and her friends smoke weed and drink until they pass out over a toilet bowl.

This isn’t strange, acting out or numbing yourself to your problems. Adults do that, too — I’d argue that adults do it even more. But teenagers do it in such a blatant unapologetic way that they’ve become the poster child for personal rebellions.

There is no audience for this but her and whoever was there, and I suppose now us. Do I want my own recordings of the childhood I might purposely misremember? Maybe not, but by watching hers I’m certainly going to reflect on it differently.