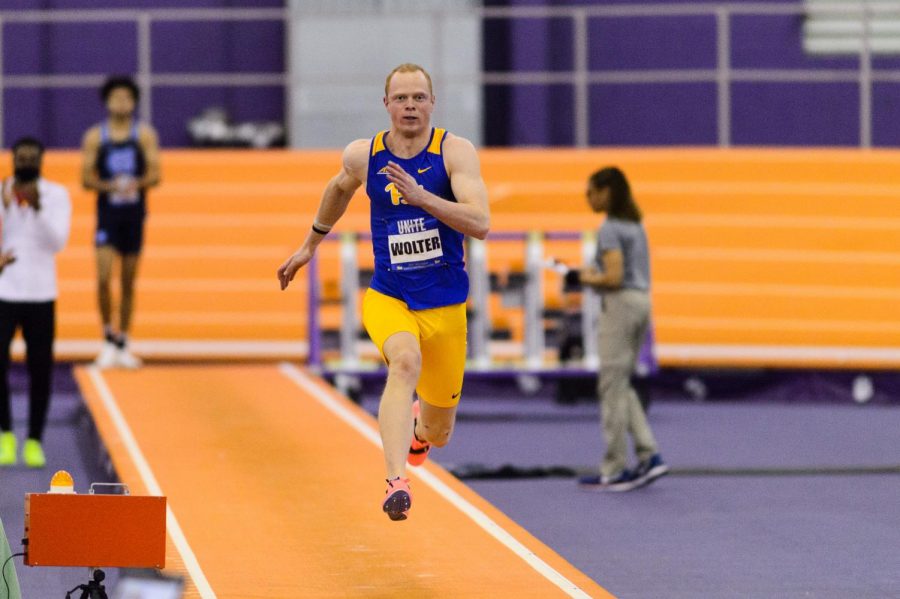 Senior Felix Wolter finished in fourth place in the men’s heptathlon with a final score of 5907 in the NCAA track and field indoor championships this weekend, earning him first team All-American honors.

Track and field’s Felix Wolter and Greg Lauray headlined this weekend of Pitt athletics, each of them earning All-American titles for their performances in the heptathlon and the high jump, respectively. Elsewhere, Pitt baseball took part in multiple slugfests against West Virginia, and Pitt gymnastics split a series against West Virginia.

This weekend, Clemson University hosted the NCAA track and field indoor championships. Oregon completely dominated Saturday, taking first place in multiple events for both the men and the women.

The Panthers’ meet highlight was Wolter, a senior, finishing in fourth place in the men’s heptathlon with a final score of 5907. This earned Wolter first team All-American honors. Pitt senior Lauray also earned an All-American honorable mention for his performance in the high jump.

Oregon junior Kemba Nelson started off the winning for Oregon by placing first in the women’s 60-meter. Next, Oregon first-year Emmanuel Ihemeje took first for the men’s triple jump. After that, it was all Oregon, who finished first in the men’s mile, the 60-meter, the 800 and the 3,000.

The indoor championships concluded the 2020-21 track and field season.

Pitt baseball travelled down to Atlanta this weekend to face off against ACC rival, the No. 7 Georgia Tech Yellow Jackets in a three-game series.

Pitt took game one in a slugfest, winning the game 11-9. Pitt finished the game with 19 hits to Georgia Tech’s 16. Ultimately, the game came down to a dramatic ninth-inning rally, with Pitt scoring seven for the last-second comeback. Junior left-fielder Kyle Hess highlighted the rally with a clutch single with two outs that drove in two runs.

Late-game theatrics couldn’t swing game two in Pitt’s favor, as the Panthers fell to Georgia Tech 5-3. Pitt led the game through six innings, but five unanswered runs from the Yellow Jackets would cause that lead to crumble.

The Panthers took game three of the series 18-12. There were only five strikeouts in the game, one by Pitt and four by Georgia Tech. In contrast, there were an equal number of home runs, four for Pitt and one for Georgia Tech. The most influential player in the game was Pitt’s sophomore leadoff hitter Sky Duff. He finished the game 4-6 with a home run and three RBIs.

Pitt won the series 2-1 and will improve its record to 9-4 overall and 6-3 in conference. The Panthers will travel to Charlottesville to play Virginia in another three-game series next weekend. Game one will be on Friday.

Pitt gymnastics faced off against West Virginia this weekend in a set of home-and-home meets. The Panthers emerged with a tight victory on Friday night but couldn’t pull out a second win over their rivals in Sunday’s matinee.

Pitt soccer played against Boston College on Sunday. Sophomore Veljko Petkovic scored the lone goal of the game to give the Panthers the win. The Panthers improve to 9-2 overall and 5-1 in conference.