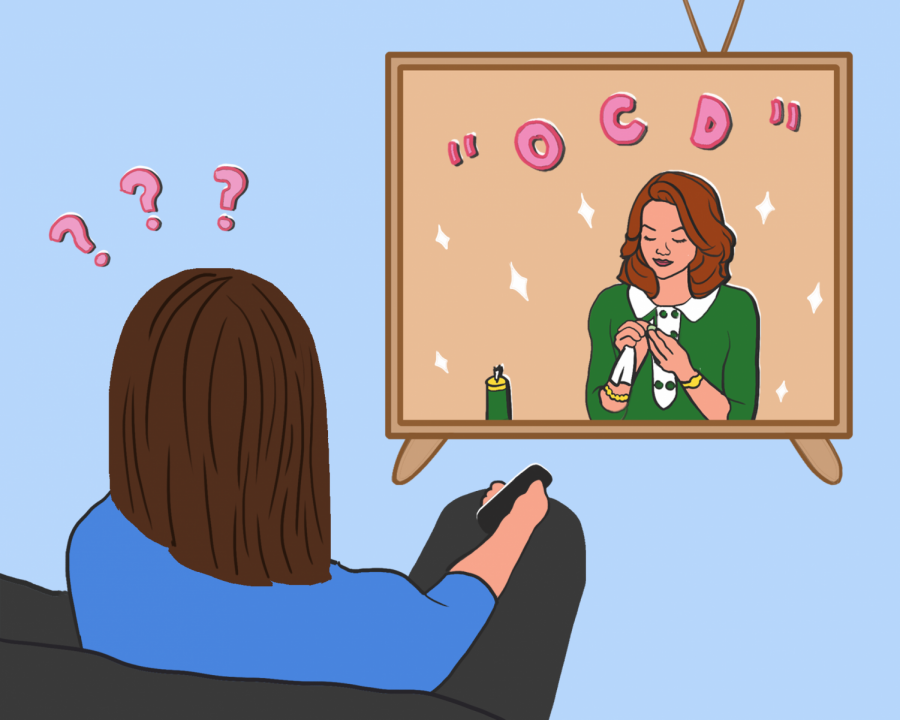 If you’re one of my many adoring fans, you may have noticed that I’ve been pretty absent as of late. I’ve been very busy doing very important things, such as cleaning my apartment in the middle of the night and turning light switches on and off more than normal for more than half the days.

If you weren’t able to guess already, I’ll clue you in. I, like millions of other adults in the United States, have obsessive compulsive disorder. I’ve developed a sense of humor about it, but it’s definitely a bummer. What’s even more of a bummer, however, is that we are still in a massive pandemic that is not only a very specific nightmare of many people who already have OCD, but it also might bring about more diagnoses in people who have yet to show symptoms..

Another significant bummer is the fact that getting diagnosed with OCD is hard for a multitude of reasons. Mental health care can often be inaccessible, and OCD can feel cosmically designed to make finding health care a monumental task, depending on the person. Then, even when you make it to a doctor, OCD is often misdiagnosed. A recent study found that 50% of primary care doctors presented with fictional OCD patients couldn’t recognize their symptoms as those indicative of OCD.

You might find this shocking. When you imagine someone with OCD, don’t you imagine something very specific? How could so many doctors be unable to recognize these symptoms? This brings us to yet another bummer — a lot of people don’t actually know what OCD is.

Luckily, with some proper education, it’s actually pretty simple. There are two components to OCD — obsessions and compulsions. It’s very aptly named. The International OCD Foundation puts it quite nicely.

“Obsessions are unwanted, intrusive thoughts, images, or urges that trigger intensely distressing feelings,” the foundation states. “Compulsions are behaviors an individual engages in to attempt to get rid of the obsessions and/or decrease his or her distress.”

Here’s some hypothetical people with OCD. Person X has repeated intrusive thoughts that they’re going to send pornography in an important email. In an attempt to remedy this, they might check their sent emails several times per day to make sure they all say what they’re supposed to. Person Y has repeated mental images of themselves murdering their entire family. To keep it from happening, they might blink exactly five times.

These hypotheticals might be pretty jarring, and if you get your OCD knowledge from movies and TV shows, you might not have ever seen anyone like Person X or Y. Even so, these behaviors are pulled right off the list from the International OCD Foundation, and they’re things that someone you know might be working on in therapy.

Unfortunately, many people don’t recognize these symptoms because of the neat-freak caricature of OCD we often see in the media. While this isn’t always incorrect, it’s not representative of the entire community. This outward fastidiousness has resulted in a lot of similar media representations. I can’t adequately express to you how often I have had to explain to people that Emma Pillsbury from “Glee” is not the end-all and be-all of OCD representation — I’m sorry I can’t be her. While it may not be Emma’s fault, lack of adequate education has made most people associate OCD with perfectionism. I’m not a scientist, but I’m pretty sure that’s why we have the monstrosity that is shirts that say “Obsessive Christmas Disorder” making national news. Big bummer.

All jokes aside for real this time, I have been displaying symptoms of OCD for most of my life and no one had any idea, least of all me. For as long as I can remember, it’s been difficult for me to go to work and school and being social has always been a very distressing necessary evil. When 12-year-old Alex got their first cyber-safety lesson, all hell broke loose, and I’ve been a compulsive email- and camera roll-checker — or avoider — ever since. While this made life very difficult and frightening, myself and others simply thought I was being healthily conscious of hackers and my own human error. It was my therapist who recently helped me make the discovery, but I’ve been expressing my concerns to health care professionals — psychological or otherwise — for years.

This is a reality for millions of people, but in my opinion, there’s no big bad in this story. It was not Agatha All Along. The mental health conversation is getting more inclusive every day, and I have no doubt that one day columns like this will be rendered unnecessary.

However, it’s looking like we don’t have the luxury of waiting this out. As previously stated, the COVID-19 pandemic is exacerbating a lot of obsessions that people already have, while also making it more difficult to treat them. In a Healthline article, Dr. Patrick McGrath explains that the treatments most commonly used for OCD aren’t always COVID-compliant.

On the other side of this, we might start seeing people who previously didn’t show OCD symptoms sliding into obsessions brought on by pandemic-related anxiety, like fear of contamination and for the health of oneself and loved ones. Soon, there might be millions more people with OCD, which means millions more people who aren’t receiving adequate care or diagnoses like the millions we have now.

Once again, a bummer. The good news, however, is if you’re reading this column and clicking on the articles I’ve linked above, you might alter your perception of OCD, which might allow you to notice some of those symptoms in yourself or your loved ones. You might write a wildly popular screenplay about Person X that changes public perception at a massive scale. At the very least, you can rewatch “Glee” with your friends and absolutely own them with your very sophisticated and inclusive OCD knowledge.

All this is to say, it’s time to talk about OCD. You never know who’s listening.

Alex Dolinger is a senior theatre arts major with a creative writing minor. They primarily write satire about how the world is ending. You can write to them at [email protected].