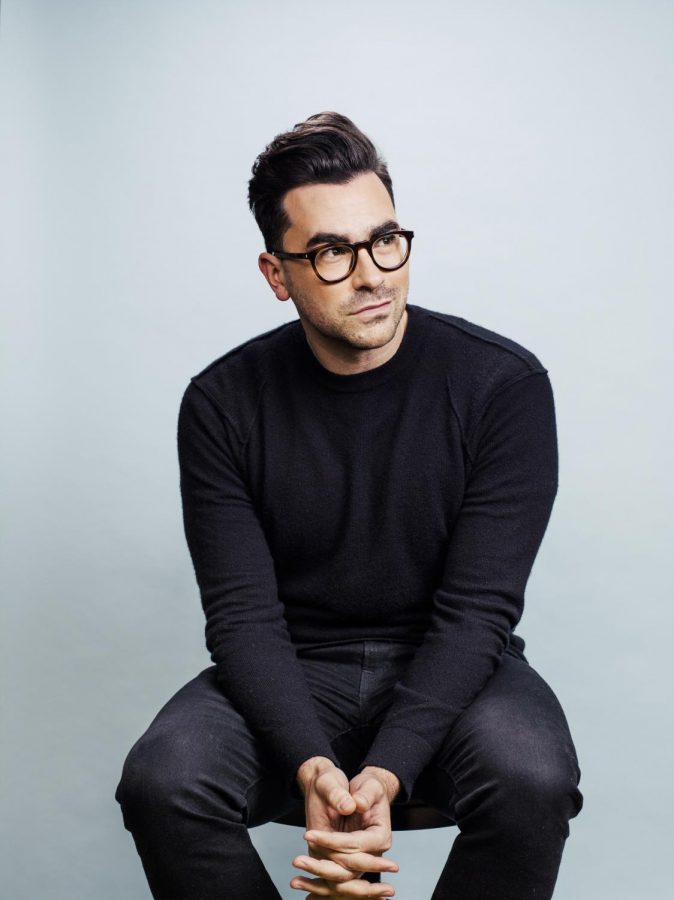 While some college dropouts tend to get a bad rep, Emmy Award-winning writer and actor Dan Levy seems to be doing just fine.

Quincey Johnston, lecture director of PPC, moderated the event. She asked Levy a series of questions that addressed his experience as a writer, actor and showrunner.

Levy, who currently lives in his hometown of Toronto, kicked off the event by talking about his 2020 movie, “Happiest Season,” which tells the story of a woman struggling to come out to her parents. This rom-com was filmed in Pittsburgh in early 2020, and Levy discussed his love for the City.

“It really feels similar to Toronto in the sense that it’s a very livable city that’s like big but small,” Levy said. “You feel like you know your way around it really easily, and the people are really great, so hopefully I can find a way of getting back there soon.”

According to Levy, his favorite activity to do while filming in Pittsburgh was going to local escape rooms.

“One of the greatest things that I did while I was there was going to the escape rooms that Pittsburgh had to offer,” Levy said. “Unfortunately, because of COVID, I just don’t know how we’re going to do that again anytime soon.”

He also discussed his personal career path that led to writing “Schitt’s Creek,” a sitcom about a wealthy family who loses all of their money and is forced to move to the rural town of Schitt’s Creek. According to Levy, he always knew he wanted to be an actor, but he lacked the confidence to pursue his dreams in college.

“By the time I left high school, I knew I wanted to be an actor, but I didn’t audition for theater school because I was too scared,” Levy said. “That was a direct result of never feeling totally confident in myself in high school, because it’s a toxic environment where you have bullying.”

Levy pursued a degree in film production at York University and Ryerson University in Toronto. According to Levy, he knew that it wasn’t the right career choice while he was in the program.

“I ended up going along with it with this nagging feeling that I wasn’t on a clear path for myself,” Levy said. “I never quite fit in with the film school kids and would always look at the theater kids with a lot of jealousy and regret.”

After college, Levy worked as a television host on MTV Canada. Levy said he dropped out of school three months before graduating to pursue this job.

“It was a very hard decision for me, but I think because I was in a creative field and I had the opportunity to apply my skills in a very practical way, it felt like the right move to make,” Levy said. “But it was not a decision that was made easily.”

Levy stopped working for the network when he was 28, and soon after he began to formulate the early drafts of “Schitt’s Creek” with his father, actor and writer Eugene Levy.

“One day, I just sat down and started writing this idea for a TV show about a wealthy family that lost their money,” Levy said. “I called my dad, who I had never turned to for help throughout my entire life because the concept of nepotism was my biggest fear.”

Although Levy was initially fearful of working with his father, he said his work on the show was what led him to truly discover his passion in life.

“I think sometimes we put a lot of expectations on ourselves to know exactly what we want to do in life, but it doesn’t work like that,” Levy said. “You will inevitably find your path, and it wasn’t until I got into that position that I realized, ‘Oh, this is the job for me.’”

Levy also discussed the importance of representing small-town life in a nonjudgmental way. According to Levy, the show was intended to highlight the positive aspects of life in small towns similar to the fictional Schitt’s Creek.

“One thing we never wanted to do was undermine the integrity of small-town life,” Levy said. “So much entertainment in movies and TV small towns has been reduced to caricature, so it was really important that this showed the love and community that so many small towns have.”

Levy said he thinks humorous entertainment doesn’t have to be offensive or dark, and discussed the significance of the light-hearted humor of the show.

“People looked at comedy and thought, it’s not edgy unless it’s mean-spirited,” Levy said. “I think what we were able to do with the show was emphasize that you can have heart and be funny at the same time.”

Levy also emphasized the importance of knowing when to take a break from your workload and not overwork yourself.

“I’m very ambitious, and oftentimes will take on a little bit more than I can handle,” Levy said. “I’m not going to be of help to anybody if I’m pushing myself to extremes just to get some more work done, when in actuality, I have to think long term and not just in the moment.”

Johnston asked questions that were submitted via Instagram and the audience Q&A, as well as ideas that the PPC lecture committee drafted.

“I’m not the one that’s coming up with these questions,” Johnston said. “It’s hard for me to know what students want to hear, so I take as many audience questions as I can, and the questions that I’m pulling off of my screen are ones that my committee has come up with.”

According to Danielle Moss, PPC’s public relations director and a senior neuroscience major, the initial announcement for Levy’s Q&A generated lots of response on PPC’s Instagram.

“I think there was a lot of good response on social media,” Moss said. “There were a lot of people commenting, tagging their friends and messaging us saying that they were excited for the event.”

For Moss, this enthusiastic student response is something that she enjoys greatly as a PPC director.

According to Levy, the success of “Schitt’s Creek” has set a high standard for his future projects. He said he hopes to continue creating stories that inspire himself and others, and to take his time while doing so.

“I now have a high bar set for myself, and I need to continue to tell stories that mean something to me and that hopefully make people feel seen and appreciated,” Levy said. “We’re just trying to do it slowly and carefully and make sure that whatever I do is done properly.”