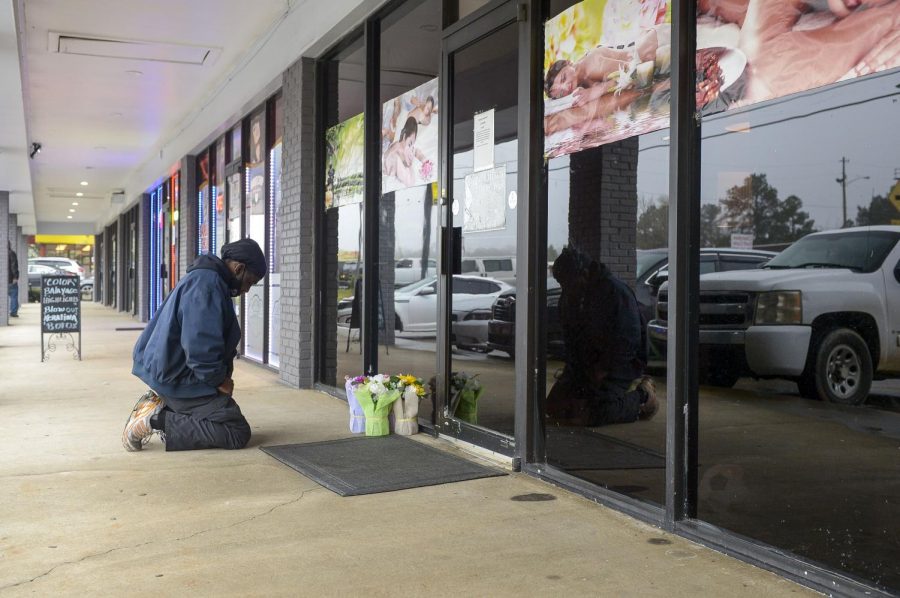 A gunman shot and killed eight people on Tuesday at three Atlanta massage parlors. Six of the eight victims were Asian, making this just the latest anti-Asian attack in recent months.

Stop AAPI Hate, an organization which records incidents of violence and harassment that target Asian Americans and Pacific Islanders, reported nearly 3,800 such incidents from last March to this past February. These included racist vandalism on Asian-owned businesses, verbal abuse, physical assault and now, most recently, a mass killing.

While anti-Asian attacks and rhetoric have long been a problem in the United States, they’ve increased drastically over the course of the COVID-19 pandemic. Many celebrities and politicians have criticized former President Donald Trump — both before and after the latest attack — for exacerbating the problem by repeatedly referring to COVID-19 as the “China virus.” Trump repeated this slur Tuesday on Fox News, the night of the Atlanta mass shooting. While Trump certainly turbocharged anti-Asian rhetoric, he’s not the only person responsible. The media, as well as everyday people, have enabled racism as well.

Media outlets have given racism a platform — or in other cases, diminished racism — both directly and indirectly. Last March, the Pittsburgh Post-Gazette republished an opinion piece by Ben Shapiro, originally published in an Illinois newspaper, which was littered with blatant racism. And following the Atlanta shooting, many prominent news outlets — including the New York Times and Washington Post — chose to name the gunman earlier in their stories than any of the victims. This diminishes the violent and racist attack, and rightfully sparked outrage, publicly expressed on Twitter by many.

It’s too easy for many people to turn away from this racism, thinking they don’t play a part in this because they don’t hate Asians, and they haven’t participated in any sort of attack against Asian people. But the truth is, the violence is only part of the problem. As individuals, people should take a step back and look squarely at the ways they might contribute, through engaging with stereotypes like the model minority myth or making racist jokes — no matter how small or “typical” they may seem.

Recently, some people have posted “yellow squares” on social media, with the intention of supporting Asians. But this is both performative and offensive, and further contributing to racist rhetoric.

“Posting a yellow square to show your ‘support for asians’ is both performative and offensive so please don’t do that?” one Twitter user wrote. “The ‘yellow peril’ was a racist colour metaphor that westerners created to emphasise their xenophobia towards asians. Asia is diverse in skin tones too???”

Panelist Tiffany Diane Tso — a current leadership committee member of the Asian American Feminist Collective — also asked that people amplify voices, and that they “show solidarity” and educate themselves.

“I think that honestly, for me, it’s always just been about showing up and offering your services however you can. Be like, ‘this is the resource that I have, and this is how I can offer it to you and your needs,’” Tso said. “And so, for example, solidarity can be like opening up your wallet if you are a person with the means, and you don’t know how to plug in yet.”

The Asian Pacific American Labor Alliance of Pittsburgh released an open letter on March 3 which cited the increase in violence, racism and discrimination toward Asian people. It called for the community to “imagine together what anti-racist justice, safety, and healing can look like in our country and in the Pittsburgh region.” Multiple Pittsburgh clubs and organizations signed this letter, including the Pitt Asian Student Alliance and the Carnegie Mellon University Asian Student Alliance. We support these organizations, and encourage community members to engage with this letter, and help achieve this goal.