Opinion | We need to abolish tabloids 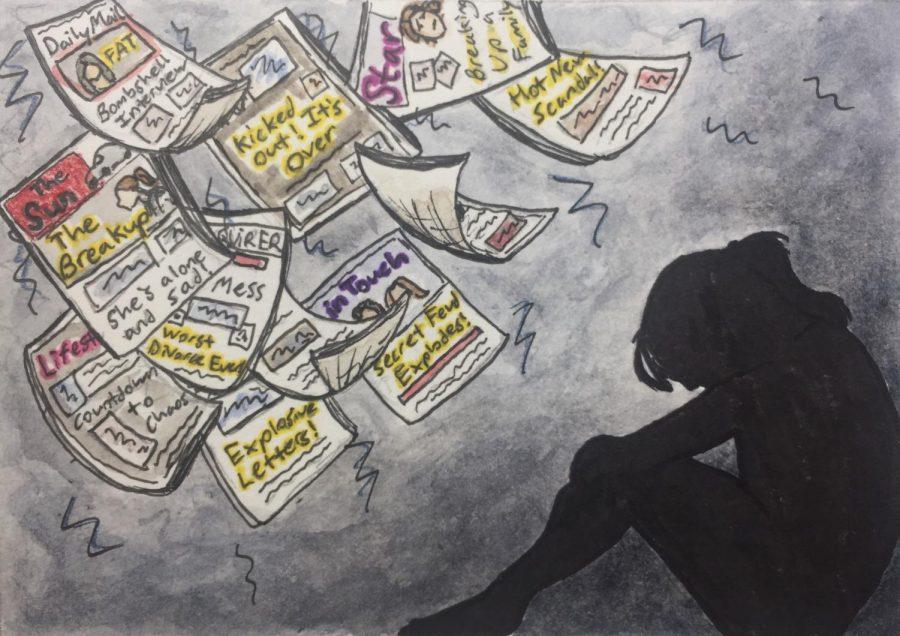 Warning: This column contains content relating to suicide and eating disorders that some readers may not be comfortable with.

In her interview with Oprah on March 7, Meghan Markle expressed how the British press — especially the tabloids — made her feel suicidal as they constantly scrutinized her every move. The press demonized Britney Spears in the early 2000s for her struggles with mental health that were brought on, to some degree, by the relentless media attention she was receiving.

Tabloids, such as the Daily Mail and others like it, are a horrible, manipulative form of “gotcha” journalism that constantly exploits celebrities’ mistakes for the entertainment of the public. They rely heavily on sexist, racist, fatphobic and ableist tropes, which can ruin celebrities’ lives and mental health just to make money off of them. Tabloids need to be abolished because celebrities deserve to not have their every move judged and scrutinized.

The way the tabloids treated Markle was absolutely shameful. They scrutinized every move she made with headlines saying such absurd things as, “How Meghan’s favourite avocado snack — beloved of all millennials — is fuelling human rights abuses, drought and murder.” Additionally, the treatment she received was much harsher than that of her sister-in-law, Kate Middleton. Markle was criticized for the same things that Middleton was praised for, showing the double standard that she had to endure. Additionally, the British tabloids constantly judged Markle, a Black woman from the United States, oftentimes using very racist language. This kind of language hurt Markle so much that she and her husband, Prince Harry, decided to step back from their royal duties and try to stay out of the limelight as Markle was struggling from being constantly under a microscope. These tabloids ignored — or tried to make the public ignore — the fact that Markle is a person with feelings, not just a celebrity.

These tabloids often try to catch celebrities when they aren’t posed or ready to be photographed and take these out-of-context shots to be fatphobic and critique their bodies. In a brave Instagram post, Jonah Hill called out the Daily Mail and tabloids like it for constantly picking out his flaws and insecurities after posting an article with Hill not wearing a shirt while surfing. Hill said in his Instagram post that he now loves and accepts his body the way it is, so this kind of criticism can no longer bother him, but not every celebrity can say that.

In her documentary “Miss Americana,” Taylor Swift said the constant scrutiny from tabloids on her weight made her develop an eating disorder. I’m sure that Swift is not the only celebrity who has felt the pressure of appearing perfect all the time, especially when celebrities are constantly seeing photos of themselves in which the way their body looks is constantly being picked apart and judged.

Tabloids often don’t give celebrities a break. As cliche as it sounds, celebrities are just regular people who happen to be famous. They have bad days, they struggle with insecurities. These struggles shouldn’t be publicized and picked apart. Celebrities deserve to have private lives and not constantly worry about being watched and judged. As we’ve seen with Spears and other stars like her, tabloids often prey on celebrities’ downfalls. They want to cover the rehab stints and the breakups. They don’t want these stars to thrive. When there is a scandal, there is money for these tabloids, even if that money comes at the expense of exploiting young celebrities going through struggles with mental health that come with being in the public eye.

In the early 2000s, the tabloids constantly exploited Spears. She was put on every cover of every magazine. Her divorce, her substance abuse problems and her mental health crises were all that these magazines wrote about, bringing her struggles to the forefront of pop culture. Comedians and late-night show hosts constantly ridiculed Spears because they were receiving information from these tabloids in a way that made it seem OK for them to make fun of her struggles. Spears is a celebrity and because of that, it was seen as acceptable to talk about these issues in a public forum. If any other “regular” person were going through these struggles, they could address them privately instead of having their issues plastered on every magazine.

Tabloids need to be abolished — or at least changed drastically — in order for celebrities to maintain some semblance of a private life without worrying if someone will photograph and ridiculed them, especially if or when they are struggling. As we’ve seen with the treatment of many celebrities by these awful tabloids, they are waiting for someone to make a mistake so they can write about it and make money. They don’t take into consideration that there is a person on the other side of the article they’re writing about who has feelings.

Stars shouldn’t have to constantly worry about what they look like or how they are handling their struggles publicly, just like everyone else. Tabloids are a disgusting and exploitative industry that needs to end.

Rachel Soloff writes primarily about the entertainment industry and social justice. Write to her at [email protected]