Hemingway’s Cafe to reopen at end of month 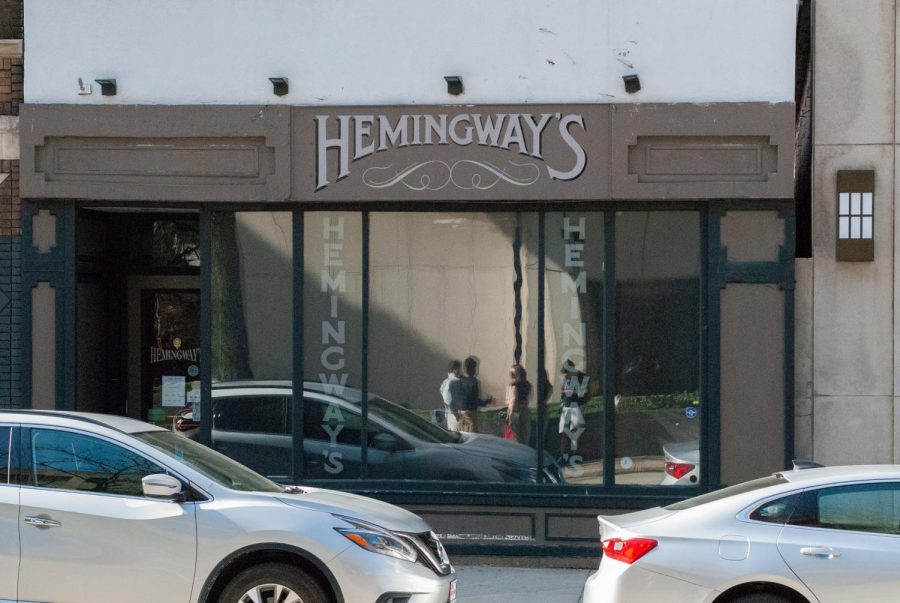 Hemingway’s Cafe announced last Friday that it will reopen March 31, with modified hours to account for the state’s current 11 p.m. curfew on alcohol sales. The reopening comes more than a year after the bar, located on Forbes Avenue, initially closed on March 14, 2020.

Hemingway’s announced last Friday that it will reopen March 31, with modified hours to account for the state’s current 11 p.m. curfew on alcohol sales. The reopening comes more than a year after the bar, located on Forbes Avenue, initially closed on March 14, 2020.

Gov. Tom Wolf’s new orders lift the curfew on alcohol sales on April 4, meaning Hemingway’s might return to its normal hours — owner John Elvasky said operating hours for the next few weeks are up in the air. The bar will be open from 4 to 11 p.m. for the first week after reopening, after which Elvasky plans to slowly push back the closing time.

Bars in Allegheny County could reopen at 25% capacity in July, but Elvasky said it didn’t make sense to reopen over the summer, when the county restricted bar service and allowed no more than three drinks per customer. With businesses allowed to resume bar service April 4, Elvasky said he feels more confident about making the money he needs to keep Hemingway’s running.

“The bar is such a big part of our business that we needed to seat the bar, or at least serve a number of drinks,” he said. “You can’t just serve one or two drinks and stay in business.”

According to Elvasky, when the bar shut down last year, he had to discard about $15,000 worth of food and beer that he had prepared for St. Patrick’s Day and March Madness, part of his busiest six weeks of the year. He said he worried that if he reopened, the state would shut down bars again, and he’d once again lose thousands of dollars in inventory.

“I wasn’t gonna do it again. I wasn’t gonna open and have food in here again and have to dump it again,” Elvasky said. “So I waited till the last possible moment that I needed to open, and a year was long enough.”

Elvasky emphasized that he and his staff will be “as safe as [they] possibly can,” and said he plans to stay at the bar most nights to ensure employees and customers practice social distancing and good hygiene.

Despite the hardship and uncertainty of the past year, Elvasky said he felt grateful that he could afford to keep his bar closed, as he watched other business owners struggle to make it through the pandemic.

“Thank God last year that I could afford to close for a year. Not many places can say that and not many places can do that. But we’re very blessed and very lucky, so we’re going to come back and see what we can do,” he said.