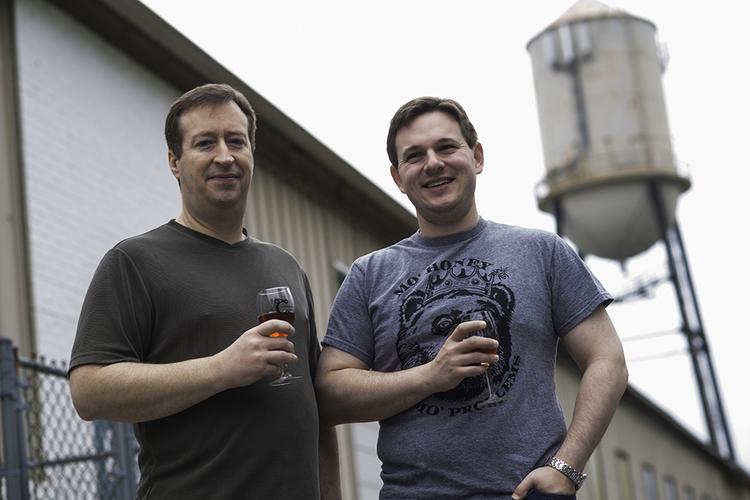 By Andrew Thompson, For The Pitt News

For many college students, drinking is a casual way to relax with friends and decompress after a difficult week. But for two Pitt alumni, alcohol is more than just a beverage — it’s a career.

Taylor said the brewery uses heat, moisture and water to create enzymatic activity that converts starches to sugars, and then brewers place hops — flowers that make beer fresher and give it its aroma — in the liquid before letting it cool.
“It is kind of like making a really big batch of oatmeal and then just taking the water from it and doing fun things with it!” Taylor said.
Taylor’s brewery specializes in making lagers — beers conditioned at low temperatures — in an “old European way,” which he describes as not the most efficient way of producing beverages, but very delicious.
Lindsay Steen, a co-owner of Wild East Brewing Co, works with Taylor. Besides overlooking the taproom and the lab, Steen said she handles all of the business’ financial responsibilities — accounting taxes, running reports and keeping the team up to date on what brewery trends to follow. She also complimented Taylor on his technical knowledge of beer, describing him as an “artist” with the craft.
She said there are mainly three people running the business — Taylor, herself and another co-owner, Tyler March.
“Brett and I are definitely more of the emotional ones of the trio,” Steen said. “When we freak out, Tyler is the one that always balances things out and tells us to hold on.”
Despite these hardships, Taylor is still emotionally invested in his business and is passionate about keeping his establishment afloat. He said his favorite part of the job is the nostalgia from his humble beginnings.
“Honestly, the fact is that I kind of feel like I’m still a home brewer,” Taylor said. “I walk in there and have all these fermenters, barrels and bottles, and it just feels so exciting to be a part of the process.”