Staff Picks: Songs for getting schwasted 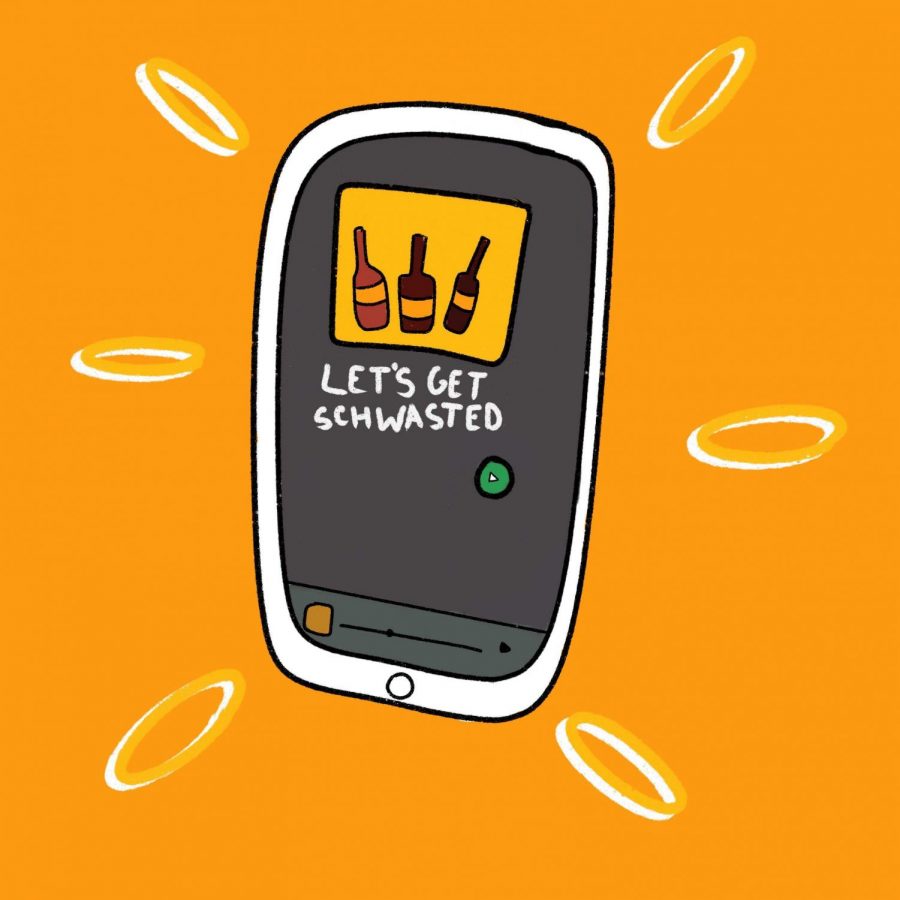 Gone are the days of crowded clubs, when professional DJs curated the perfect soundtrack for a night out. The pressure’s on for students to craft their own playlists for the next boozy night in.

But never fear — our staff has you covered. These selections are the perfect mix of bangers and slow jams, specially selected for getting schwasted alone or in small groups.

We’ve all heard of getting white girl wasted, but that phrase overlooks a demographic that gets even sloppier — white women in their 50s. A few glasses of pink wine, a comfy bathrobe and some Fleetwood Mac are all you need to party like a suburban mom.

All jokes aside, this song may not have the rhythm and bass of the average party tune, but that’s part of the appeal. “Dreams” is perfect for singing in front of a mirror and enjoying some quality time with yourself. For everyone spending quarantine single, it’s also a testament to the fact that we don’t need anyone else to make our lives complete. Fleetwood Mac produced “Rumors,” the album on which the song appears, while each member was in the midst of their own romantic turmoil. The pain oozes into the lyrics, but so does the excitement of newfound independence that comes with a breakup. As Stevie Nicks reminds you to “listen carefully to the sound of your loneliness,” you won’t know whether to cry or swing your hips to the beat — why not do both?

On the assumption that, due to the pandemic, we’re getting schwasted to these songs in the comfort of our own home — right, guys? — here’s a song that’s easy to vibe to while under some kind of influence. Jimi Hendrix is the best guitarist of all time, and wrote hidden gems like this song that are quite chill. “May This Be Love” chugs along under sweet guitar tones, and the melody is uncharacteristically relaxing. “I can see / My rainbow calling me / Through the misty breeze / Of my waterfall,” Hendrix sings over his humming guitar and the softly moving drums.

The production of the song is also very interesting, and would tickle an under-the-influence brain in many wonderful ways. Toward the latter half of the song, the guitar becomes “panned” to the left — meaning you hear it coming out of the left speaker — and the drums are panned to the right. Then, during the solo, they switch back and forth several times in a psychedelic technique that people just don’t use much anymore. While an unorthodox pick to get drunk to, as it’s not incredibly danceable, I think “May This Be Love” is a solid pick to chill out to in March 2021.

Someone had to bring you the classics. The very best of 2000s club music, “Bottoms Up” is the foremost example of a main singer being bodied by their feature artist. While Trey Songz’s catchy singing is nothing to sneeze at — particularly the line yelled by most drunk party-goers after a bass drop, “Calling all the girls, do you hear me?” — it’s Nicki Minaj’s rap that rounds out this feature.

This rap, folks. It’s the stuff of legend. It’s the type of tight one-minute feature that most pop music these days (at the risk of sounding old) fails to emulate. Minaj starts with the creme de la creme of alcohol culture: “Can I get that ‘Tron? Can I get that Remy? Can I get that Coke? Can I get that Henny? Can I get that margarita on the rock-rock-rocks? Can I get salt all around that rim-rim-rim?” Moving at absolute light speed, she spits the type of lyrics you love when you’re drunk, at a pace which any truly smashed person trips over. Thank you, Nicki Minaj, and to a lesser degree, Trey Songz, for giving us “Bottoms Up.” May we all enter a time when it’s safe to scream “Rock-rock-rocks” mere inches away from a friend’s face again.

Cue me and my best friend singing this song at the top of our lungs in the car after the last period in high school. Though you absolutely should not be drinking, driving and singing this song, just doing one of those things at once can be a damn good time.

WILLOW, for those who are not aware, is Willow Smith, daughter of the Fresh Prince himself, Will Smith. The general public probably only knows Willow Smith as a chubby-cheeked pre-teen singing the headache and eye-roll inducing “Whip My Hair.” But WILLOW emerged out of those scripted pop-sugar days into one of the artists at the forefront of the alternative R&B scene. The album in which “Wait a Minute!” Is featured, ARDIPITHECUS, could honestly accompany a drink, smoke or cry fest. It’s malleable to the many moods of a college student. But “Wait a Minute!” is her standout, with a catchy beat, quirky vocal cues, and some slosh-worthy lyrics. If you haven’t sang “I left my consciousness in the sixth dimension, left my soul in his vision” pink-faced from a few shots of cheap vodka, swaying on top of your living room couch, then I have weekend plans for you and your roommates.

Honestly, any Rihanna song could make it onto the list, but I have to give a special shoutout to “S&M,” the electro-dance hit that has found its way onto every club playlist since its release in 2010. Over a decade later, “S&M” still hits, and has become a staple of pop culture, most recently taking the form of a viral TikTok trend.

Rihanna’s “S&M” is the perfect song to get drunk out of your mind to. The song starts at a 100 and maintains that tempo until the bridge, which seems to have been perfectly crafted to encourage hordes of drunk college students to sing at the top of their lungs. “S&M,” or any of the dozens of remixes inspired by it, isn’t just a club banger — it’s a powerful up-beat tune that anyone of any age can enjoy. Take it from 8-year-old me, who absolutely bodied the line “sticks and stones may break my bones but chains and whips excite me” even before I knew what it meant. No matter the occasion, “S&M” is the perfect song to let loose to, whether that be vibing on the club dance floor or feeling yourself in your bathroom mirror on a Wednesday evening.